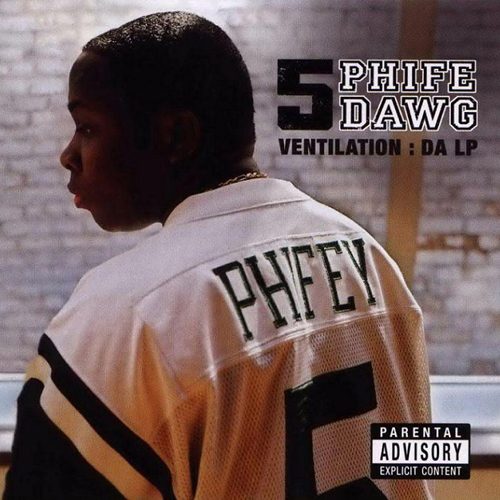 Webster’s definition of ventilation is “to cause fresh air to circulate in”. In other words, Malik The Funky Diabetic needed some fresh air, and his debut album is something that he felt needed to be released. But just like a case of bad gas, there is a reason he needed the ventilation, and it’s been the topic of discussion since the demise of A Tribe Called Quest.

But getting to the point, is “Ventilation: Da LP” everything fans had hoped for from a Phife solo album? If Q-Tip’s solo album left you with mixed feelings, Phife’s album will probably do the same.

Phife in the past has never had problems giving us his unique wisdom, and he continues to do so in songs like “Beats, Rhymes & Phife” and “Miscellaneous”. But there are times on this album where he is trying too hard to prove he is a rapper in his own right. Such is the case in “D.R.U.G.S.” and “Ben Dova”, arguably the two most upfront tracks on the album. His skills and use of metaphor are still on the money, but it almost seems like a complete switch of character for Phife. You almost want to rip into the speaker and say, “Yo Phife, relax man, you got our support”.

The two best songs on “Ventilation” happen to be the two tracks produced by Pete Rock. “Lemme Find Out” and “Melody Adonis” definitely rivals any ATCQ track produced by Ali Shaheed Mohammad, it has that early 90’s feel while making moves towards the future. Here, Phife sounds relaxed and at home. “Ben Dova” is an UMMAH production, and if it wasn’t for the corny ass lyrics, it could easily be a contender for a single.

“Ventilation” isn’t as solid as it could have been, and even with a tight group of producers behind him, it is his lyrics and sharp skills that the fans wanted. He only does this half of the time. The next Phife album should be the keeper.