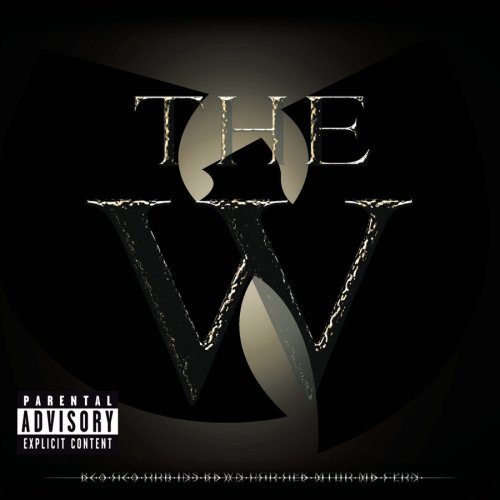 If you are new to the phenomenon of the Wu-Tang Clan, you might wonder how a group that only put out three albums in eight years survived in the fickle rap world. If you’re not, you’re probably one of those soldiers who went out and copped every Clan member’s solo album; from the sublime (Ghostface) to substandard (U-God). There are even a few people inside and outside of rap music who fall between the cracks – people who know Method Man from his “N 2 Gether Now” duet with Fred Durst but otherwise don’t follow the Wu or understand what it’s all about.

To truly explain Wu-Tang Clan detail would take twice as long as this review; so maybe you can just take the writer’s word that when “Enter the Wu-Tang (36 Chambers)” came out in 1993 it created a sonic landquake whose P and S waves still continue to sheer through hip-hop today. At the time, the Wu’s thematic usage of martial arts and rugged (some said unmastered) production were a sensation – a wholly new sound. The dynasty it shook loose though has caused envy in the rap world and lead some to say their debut was a universal fluke that can’t be recaptured; or worse still, that every Wu album (solo or group) since falls short of their original.

The double album “Wu-Tang Forever” in 1997 should have answered all of their critics, but heads are still wondering if they’ve got it. Clan leader RZA’s response was to craft a new album which is supposed to be “back to basics” in rap skills and the Wu-Tang sound that first rocked the world. “The W” is the fruition of his efforts – he produced all of this album’s thirteen tracks except for “Do You Really (Thang, Thang).” The album’s lead single “Protect Ya Neck (The Jump Off)” even borrows it’s title from the lead single of that landmark 1993 long player.

With this approach, Wu-Tang Clan is not necessarily trying to be innovative or revolutionary – yet on several levels the album achieves those goals anyway. “Let My Niggas Live” is an ominously simple combination of tambourine, conga drums, and throbbing bass that is as deadly as a “fierce snake.” Don’t worry, the Wu-Tang sent special guest Nas by FedEx courier to calm things down on the joint. Equally as dark and twice as futuristic is the banging “Careful (Click, Click)” where the slumbersome Cappadonna manages to sound like he’s flowing on beat and coming with the heat; although scene-stealer Ghostface quickly takes his shine. What may be the most surprising is the righteous dancehall reggae tone of “One Blood Under W” featuring Junior Reid, who also gets shine on the album’s closer “Jah World.” The latter is a mournful lament to black suffering; which suffers a bit itself due to the exact same sound (down to Ghostface’s emotional rapping) apepars on “I Can’t Go to Sleep” with Isaac Hayes. Both tracks are quality but by occuring on the same album they lessen each other’s power.

For a more traditional sound, heads fear not – there is plenty of down to Earth Wu-Tang shit. “Protect Ya Neck (The Jump Off)” sounds like an inversion of EPMD’s “Rampage” beat and succeeds by keeping each member’s time short enough to let the entire group literally jump off the track. For an equally classical Wu approach, the lead track “Chamber Music” has the Kung-Fu movie samples that fans of the Clan have come to know, love, and expect. The Genius a.k.a. GZA gets some nice shine time on this one with rhymes emblamatic of their new approach – simple yet complex:

“Each one adjust to his own environment
Formulate this great LP, a hundred rounds spent
Niggaz been on a fruitless search for nourishment
They long for the proper guidance, encouragement”

Long time Wu-Tang Clan fans may at first be dismayed by the number of guest appearances (Busta Rhymes on “The Monument”, Redman on “Redbull” and so on) but it does not dilute the pleasing sound of the whole Wu reuniting for another album. Even the chronically confused Ol’ Dirty Bastard somehow managed to sneak an appearance onto this album on “Conditioner.” Perhaps it’s appropriate that he raps this song with Snoop Dogg; given that both have had their share of trial and tribulation with the law and the media. Even the heavily uptempo “Gravel Pit” seems appropriately Wu-Tang – falling somewhere between Method Man’s high-octane “Judgment Day” and the supersonic speeds of OutKast’s “Bombs Over Baghdad.” And rest assured, the group’s in-house (no guests) songs like “Hollow Bones” are as on point and high quality as would be expected. Inspectah Deck’s verse here is just one of many lyrical highlights to be found throughout.

To say this album is a complete success would be a mistake; to say it was a failure would be even more of one. This writer finds that the album works best when considered as a combination of elements of “Enter the Wu-Tang” and “Wu-Tang Forever” – the parts that made each one come off hard and rock the spot. A few slow moments and missteps put dents in their armor, but RZA’s production keeps their swords sharp and holds it together well. From Raekwon to Method Man, from Ghostface to Masta Killa, from The GZA to U-God, from the RZA to Cappadonna, from Rebel INS to Ol’ Dirty – rest assured that “The W” is back.