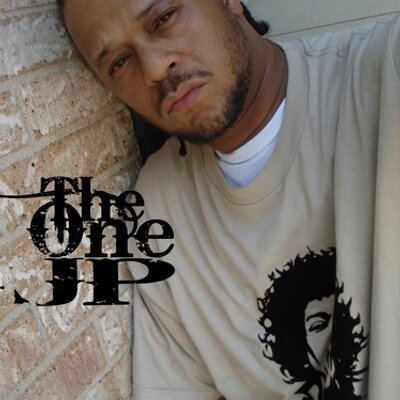 Coming up straight out of the IUMA (for the know-nots that’s the Internet Underground Music Archive) is a new rap artist known simply as The One JP. JP obviously aims to make a mark in the hip-hop world, and since his debut album is also self-titled, there ain’t no shame in his game.

The production notes for this album say “recorded at the Honeycomb Hideout; Austin, TX” and indeed JP sounds like he’s from the South. JP has a pleasing vocal tone that is a little country and a little smooth – he may remind some of a cross between Master P and Mos Def. Lyrically, JP is average to above average and has a knack for making good hooks such as on the album’s lead track “Gall!”

“Like a jaguar, in the jungle I hunt ’em all
And all realize my potential with gall
If you ain’t got it then you weaker than water with lemon twist
We lockin thangs down and it goes like this”

JP’s album is up and down in terms of quality – not really so much because of JP’s raps as due to the sonic production. Despite a lot of bragging on how much that his tracks bump, even the “bass boost” button on your system has a hard time adding punch to songs like the somewhat apt “Crunchy” and the nice but relatively non-hard hitting “Black Wall Street” which certainly advocates a good “keep the money in the hood” urban ethic.

JP gives up his love to the South on “Sauce,” but again seems to contradict his excellent raps by making a statement about how he “drop a beat so god damn def” that really packs no punch. When listening to The One JP, you time and time again wonder what a talented rapper with good flow like JP would do with some quality beats from DJ Quik or Mannie Fresh. The overly simplstic tracks do little to keep up with his high octane; and when the bass does finally bump on tracks like “Cold Slaw” and semi-autobiographical “Me” it’s almost too little, too late.

The only two really chunky tracks on this whole LP end up being “Dat’s Dirty” which still sounds rough and unpolished, and “Bliss”; the latter of the two including a ominous repeating background chord which keeps changing in volume. These are the two tracks JP would want to showcase if he shopped this album to a major label, but they could still use an injenction of beats by the Medicine Men or C-Los to make his Southern raps even dirtier. JP should definitely keep recording his raps, but hook up with some better beats.