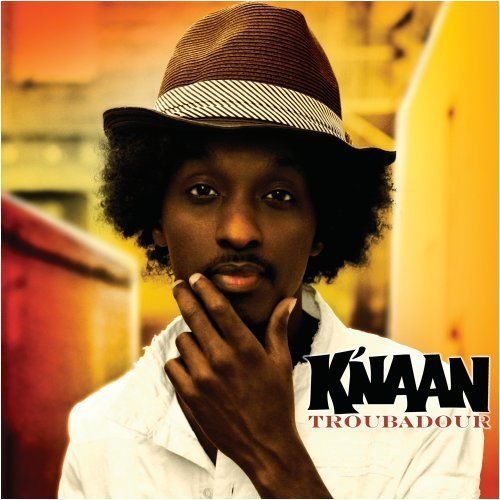 K’Naan certainly has good raw material for his art. A child through the civil war in Somalia, his family was able to move to Harlem, then Canada, while he learned English, primarily through rap. K’Naan was thus (at least at first) steeped in hip-hop culture mechanically, but in a way most could never imagine – just think, your first breath of English shot by a Nas lyric, or diction given through a Ras Kass record. All of this can make for an interesting show, but guarantees little – the final product, the execution, and not the intention, nor sources, counts. Still, his 2005 “The Dusty Foot Philosopher” was well-received, and even called “poetic” by some. I doubt the relevance of the last adjective – it is thrown around quite carelessly – but can still listen with an open mind.

Before sitting down to write this review, I youtube’d some of K’naan’s older material. It’s definitely not poetry, or even poetic, but very good rap. He has a creative flow, strong lyrics, and a good sense of performance – he doesn’t jump all over the place into some dumb monotony, but changes tone, inflection, speed, and so on, with just enough variety to keep things jumpy, but uncluttered. This is especially true in “The African Way,” with its memorable: “I’m like a Ja Rule poster/ â€˜Cuz I’m off the wall!” and diverse rhythms.

So far, so good. But, “Troubadour”? Much of the above is the same. But, the production is noticably slicker. On “ABC’s,” there is a strong electronic feel, stop-start vocals by K’Naan, and, despite its political content, real dearth of dumb clichÃ©s. Musically, it has only a few elements, but are arranged well, a simplicity the lesser often veer into undeveloped blandness. After claiming “They only teach us the things that guns do,” an unexpected chorus of girls chimes in:

which is bouncy, not self-pitying and trite. I’d think The Clash and M.I.A. have taken a similar approach to political art, to good effect, as no intelligent person wants to drown in the self-evident idea that poverty, et cetera, is bad. But, if it’s packaged creatively, it at least has artistic merit. And, like M.I.A., K’Naan’s lyrics are sometimes, but not always, functional, and not penned to stand on their own. It’s not a criticism, but – and I’ve said this before – an understanding that different genres, artists, and so on, bring different things, and have different critical needs. This is not an excuse for, nor explanation of, laziness – the principle needs to be used selectively, and justifiably, as the whole should strive to be better than its parts, but evidently so.

Still, K’Naan is adept at traditional stuff, too: “Fight with guns, or utensils” – a great little line, with some depth below the surface, which, in brief, explains his lyrical style: it’s often controlled by his performance (as well as the music itself), not the other way around, but (tastefully) verges towards wit, atmosphere, and great surprises. As in, “Dreamer” – an unimaginatively produced, dull track, since it sounds so muddy, with an occasional break in monotony – which begins:

among other technical feats. “I Come Prepared” is a minimalist affair, and K’Naan’s voice – witty, comical – trails the bass strings quite well. Melody reigns on “Take a Minute,” which begins:

which can be taken a couple of ways, and is in general a fine little track. Lyrically, it’s emotional, but only sometimes cheaply sentimental (as in, a poor throwaway invocation of Gandhi and Mandela), driven by a slight piano, building tension, and a violin-done chorus, which is immediately followed by a few well-timed electronic blots. It’s complex, but – as with musical simplicity, but in reverse – does not fall into that trap of overwrought dullness.

Still it’s not all good. “Dusty Streets,” while melodic, and distinctive for its acoustic quality, is full of clichÃ©s (“If good things come to those who wait/ why won’t sunshine look my way?”, and other banalities), and “Does it Really Matter” is, for all of its occasional lyrical strength (and stylistic variability!), musically repetitive, rounded by an atrocious chorus, ending: “If the girl is hot, does it really matter where she’s from?” “Fire in Freetown,” at a superfluously epic 7 minutes, can be cut down to 3, and still not be very good. And so on.

Those are only slightly more than quibbles. I’d recommend “Troubadour” to anyone interested in innovative rap – that is, experimental stuff that manages to do a lot, without bloating itself with the nonsense “experimental stuff” tends to like, just for the hell of it. As K’Naan says:

– but here, it’s inconsistently neither.