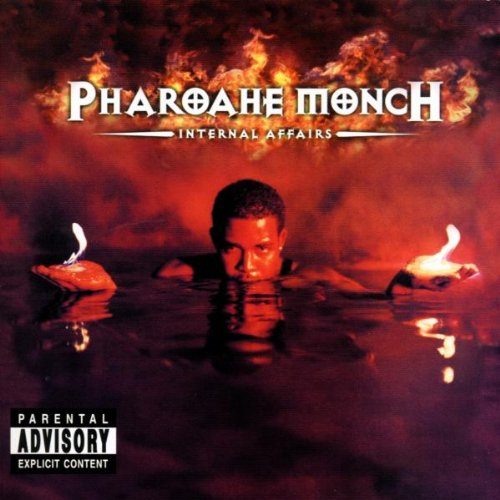 If you’re not already familiar with the name; “Pharoahe fuckin Monch – ain’t a damn thing changed.” That’s probably how most people know the verbal lyricist featured herein – that line and several verses of ill raps on the underground and club hit “Simon Says.” Pharoahe has chops in hip-hop though – he and partner Prince Poetry released three albums as the duo Organized Konfusion; and their self-titled debut album is rated by most experts as one of the 50 greatest rap albums of time.

After their debut, the waters got a little bit more murky. “Stress: The Extinction Agenda” was an underground classic that got largely ignored commercially, and the follow-up album “The Equinox” was a conceptual journey on par with Prince Paul’s “A Prince Among Thieves” but which fared even LESS well compared to the sophomore album. Perhaps sensing that he needed to recapture the spark with the rap world and build on the legion of underground heads who jocked his lyrics and flow, Pharoahe decided to sign with Rawkus Records and release a solo album. Pharoahe has said all along that it is not the end of Organized Konfusion, just a period of transition for the group. When you hear this LP, you may think differently.

From the verbal spitfire stuttering of the “Intro” right into the ominously macabre track “Behind Closed Doors” Monch is clearly pulling no punches. Pharoahe is an MC’s emcee – the kind of rapper who exudes confidence and pulls off mindbending breath control while spitting scientifically superb lyrics at any choice of tempo; often speeding and slowing at will. He is literally a magician on fat beats – able to pull any rabbit out of his hat and leave you wondering just what the trick was. Just peep the arsenal he displays:

“Bananas is the unaninmous way we choose to live scandalous
Even with doorknobs you couldn’t handle this
Pharoahe’s the host, the audience, and the motherfuckin panelist
My mic’s equipped with laser sights so that the man’ll miss”

Alliteration, punchlines, assonance and meter are all in his bag of tricks. However, being gassed off his own skills may have led him to make this album’s only controversial track – “Rape.” Lyrically and conceptually sound, the song nonetheless stirred the ire of men and women alike for the fact his rhymes were likened to the male phallic and the beats to a woman’s privates which he took at will, with or withour her consent. It’s up to the individual listener to decide, but to this reviewer it certainly wasn’t of itself enough to impact the overall quality of this album.

Even the strongest lyricist would have trouble rocking 15 tracks on the sheer ambition of his verbal ferocity – a fate which for most critics felled albums like Ras Kass’ “Soul on Ice” and Chino XL’s “Here to Save You All” (though I don’t share their opinion). For Pharoahe though, the line-up of talent assembled is not slouching. Both the sports metaphor “Official” and the internet inspired Canibus duet “Hell” are ably produced by Lee Stone, who also rocks the Organized reunion “God Send” as well as lending production assistance to several tracks. Perhaps crunchiest of all though is The Alchemist laced “No Mercy” featuring M.O.P., a hard-stomping New York anthem with unabashed male machismo. Quite simply, any cojones having man will get AMPED UP by this cut.

There is also subtle beauty hidden in these bars too. The much missed musical mastery of D.I.T.C. don Diamond (D) pleases the aural canals with the sublime beauty of “The Light.” If you’ve heard the track of the same name by Common, please, get off it. There is simply no comparison for the sheer sonic pleasure of this cut’s simple smoothness as Monch macks to make moves on a mate. The beat is so dope it makes even Pharoahe’s marginal singing talents on the chorus come off like the smoothest R&B soul. Of the two, this is the song that SHOULD have blown up, and didn’t.

“It was like the earth twisted around her
She shifted the ground I was like, ‘Ohhhhh.. SHIT!’
She’s off the hook, I would dress her decently
but look her body is immaculate I’m attackin it from all positions
of thinkin inside my mind-ah
Hopefully it won’t be too inappropriate if I walk over there and say,
‘Excuse me, can I have your number please?'”

The album is closed by an all-star “Simon Says Remix” featuring everyone from mediocre rappers Shabaam Sahdeeq and Lady Luck to rap top guns Redman, Method Man, and Busta Rhymes – the latter in particular drops one of the hardest cameo verses we’ve ever seen from him. In one verse he not only threatens to put a “picture of your autopsy up on a web site” and then sell you out like “British civil servants pass secrets to the Soviets.” Ouch! Busta also duets with Pharoahe on a bouncy uptempo cut called “The Next Shit” but he clearly saved the best for last. Apparently, Pharoahe Monch did too. Those who knew he had skills before clearly could not have the atomic bomb he dropped with this album. As great as Organized Konfusion was (clearly one of rap’s best duos ever) this solo album proves without a doubt Pharoahe has ’nuff skills to rock it for delf. Hopefully there will be another Pharoahe album which builds on this one’s strengths (and they are many) and raises the stakes another notch.