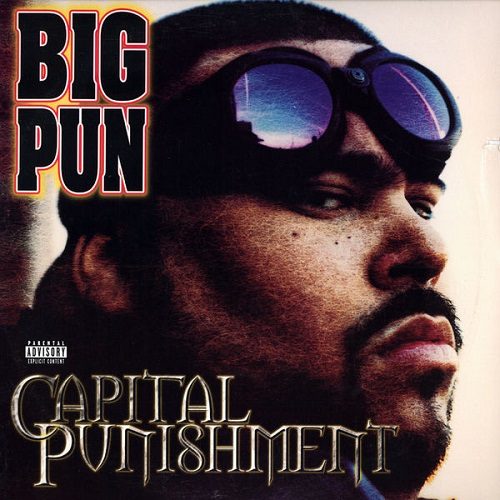 This month marked an unfortunate tragedy – the one year anniversary of Christopher “Big Punisher” Rios’ untimely death. As we look back on his all too brief career in rap it’s only appropriate to provide a review of the album which broke ground in both hip-hop AND pop music by being the first solo latin rap album to go platinum.

Punisher’s large girth and weight problems may have contributed to his demise in life but were certainly no impediment to his rapping ability. The aptly named “Super Lyrical” featuring Black Thought proves it when Pun rips a closing verse even Ras Kass would be hard-pressed to match:

“Just call me Baby Jesus cause lately niggaz be praisin me
Just for the way I blaze the beat crazily, tape to CD lasery
It pays to be amazingly flavory
Gaaaaze into my rhymes that basically hypnotize you occasionally”

Ouch. Even the normally loquacious Black Thought seems outgunned. Pun’s key to huge success though was not sheer verbal wizardry but his ability to tap into crossover audiences with songs that mixed fly beats and a personality more Overweight Lover than Heavy D. While the ultra-smoothed out mackadocious “I’m Not a Player” freaked clubs and the college circuit with tales of sexual conquest and Pun’s willingness to “put away the wood and give you the mustache” (translation: he’ll go down on a woman) it was the the uber-crunk of the “Still Not a Player (Remix)” with singer Joe that really shook up video rotations coast to coast. The idea of gargantuan sized Punisher riding that seeminly tiny motorcycle was absurd, but the video’s handled rap meeting R&B with the deftness of Run-D.M.C.’s “Walk This Way” video with Aerosmith. The only disappointment for most fans was the fact an unedited version of the song doesn’t exist, even though the album carries a parental advisory.

Big Pun and the label continued to milk hits out of the album, and each one carried a kind of underground credibility few rappers could match that year. The Fat Joe duet “Twinz” re-made the Snoop Dogg and Dr. Dre classic “Deep Cover” and left heads in jaw-dropping awe at Pun’s “dead in the middle of Little Italy” rhyme delivery. Even better though was “You Came Up” with rap superthug Noreaga rapping the hook while a fat horn loop and bassline kept peeps head-bopping from the clubs to their whips. This album is equally memorable for the cuts that never crossed over to commercial status though. Busta Rhymes makes a classic cameo appearance on the hardcore “Parental Discretion,” Wyclef Jean appears on the smooth-flowing “Caribbean Connection” and the whole Terror Squad raps on the symphonic cut “Glamour Life.” Pun was equally good at holding down entire tracks on his own: the eerily ominous “Dream Shatterer” and Soul in the Hole soundtrack resurrected “You Ain’t a Killer” being perfect examples.

The track that stands out for me time and time again though with each listen is “Tres Leches (Triboro Trilogy)” with Prodigy and Inspectah Deck. Even though Pun rhymes with two of the most respected heavyweights in rap, hip-hop’s TRUE big man totally dominates the third verse with crime life control that would make Tony Soprano jealous:

“Prodigy, Deck and me, QB and Bronx trilogy
Lyrically hazardous for your wealth, swing on your world’s piece
Foil your plans, boil your grams, take a shine
Fold all your hands, spoil your mans, make him mine
Take all you made, call you gay on Hot 97
Drop by your dwellin got the nueve right behind your melon
Ain’t no tellin when the bullet’s behind the trigger
I do it to live niggaz and Pulitzer Prize winners”

When heads look back at “Capital Punishment” and sigh, they remember the incredibly large earthquake force that Big Punisher unleashed and shook the whole world with. Perhaps only such a big man could have made such a big impact, and Pun certainly did. Making waves where even respected latino rap artists such as Kid Frost and Mellow Man Ace hadn’t, Pun forever changed the way the world viewed latino rap and left us a timeless rap album that historians will remember not only as one of the best of the 90’s but the best in hip-hop’s history.