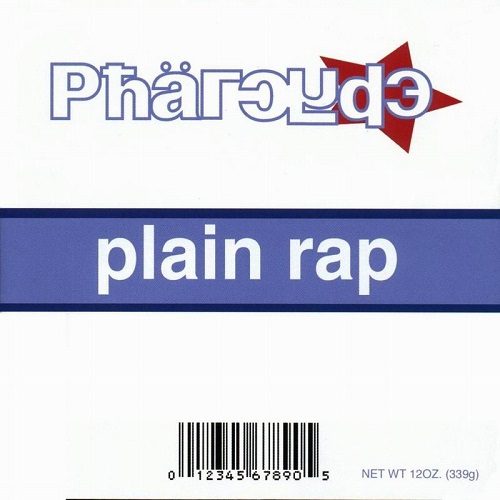 The Pharcyde have reason to be mad at R&B in the 21st century – and if they ever catch up to Joe and Mystikal they’ll probably be saying “I.. I.. I.. I’m sorry, MY ASS!” That’s right, the well-known “Stutter (Remix)” lifts DIRECTLY from their early 90’s hit song “Passin’ Me By.” Given that urban radio hits come and go in six months and less these days and leave barely ectoplasmic impressions on the listeners, it’s not surprising nobody complained about it. Did anybody complain when 112 remade Mobb Deep’s “Quiet Storm,” which in turn remade Melle Mel’s “White Lines”? Of course not. And to some degree, there’s actually no reason to complain – good beats should get more time to shine. Part of rap’s vitality in the 80’s was how it recycled classic funk, rock, and jazz breaks and gave them new life when paired with fat beats and rhymes. Something changed though. The honesty of early sampling was to take something old and turn it into something new – these days it sometimes seems like taking something old to avoid making anything new at all – just to recycle older hits that they suspect (unfortunately and correctly) nobody remembers from before.

That’s neither here nor there though. After a half-decade of hiatus and returning minus one member (FatLip is pursuing an odd and oft-stalled solo career), the Pharcyde have a brand new album on their same old label, Delicious Vinyl. In trying to break with the tired cliches of jiggyness and thuggery dominating the airwaves, they cleverly titled their album “Plain Rap” and actually wrapped it with a paper-bag look-a-like sleeve (the same type of sleeve seen on “Wu-Tang Forever” and Freddie Foxxx’s “Industry Shakedown”). The tracklist on the back cover looks like a printout from your local grocery store, and the liner notes on the inside feature shots of the album’s tracks as organic navel “Network” oranges and “Trust (Remix)” pizza. Thematically alone, this album gets high marks for the impressive amount of conceptual work that went into the design and packaging and how well it was excuted.

As for the rapping itself though, the title and theme border on exquisitely ironic. Pharcyde’s trademark was it’s free-flowing humor on over-the-top songs like “Ya Mama” and refreshing honesty of laconic soliloquys like “Otha Fish.” Even on their follow-up album “Labcabincalifornia” that sense of oddness, humor, and West coast freshness came through on songs like “Runnin'” and “Drop.” What do the Pharcyde have now? They still have beats. The music of J-Swift, Bootie Brown, and Slimkid 3 is nice. Some tracks instantly stand out, like the layered depths of “Trust” and the relaxed jazzy pace of “World.” D.I.T.C. member Showbiz pops up in the middle of all this to throw down a beat on “Frontline” and it’s typical of his quality beatmaking, although it’s actually no better or worse than Pharcyde’s self-produced beats.

This album therefore stands as a bit of a conundrum. Well conceived, well executed, and still just a little bit mediocre. After listening to this whole album, think back and see if any of the raps instantly stand out in your mind. There’s nothing that’s either so great OR so terrible that it makes you go, “I can’t believe they said that shit.” That’s what is missing. The Pharcyde used to cause an instant reaction whenever you heard their shit because they blazed incredibly unique and witty lyrics over J-Swift’s fresh beats. Songs like “Blaze” and “Network” (featuring Black Thought) are pleasant to listen to – in fact much better than average in a world of mediocre rap music. The ultimate synopsis though must be that Pharcyde is no longer depending on their lyrics to make their name – rather they survive on the name they already made for themselves and shore it up with a selection of highly listenable audio tracks. For a refreshing head-nod “Plain Rap” will do well in the aural canals, but like the urban radio they probably resent for jacking “Passin’ Me By” they will find the lasting impact of this album to be all too fleeting.