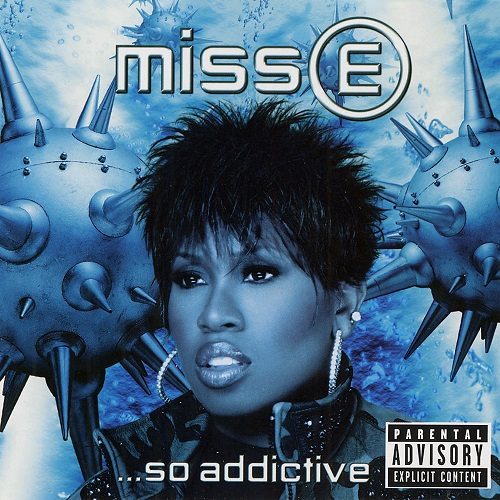 It’s hard to deny that Missy ‘Misdemeanor’ Elliott is a force in pop music to be reckoned with. She’s helped make hits for everybody from Gina Thompson to 702 in R&B to Da Brat, Jay-Z and MC Lyte in hip-hop. After delivering two successive hit albums with “Supa Dupa Fly” and “Da Real World” though, Missy continues to be underrated by a fickle and highly judgmental legion of hip-hop heads.

Perhaps it’s the fact that Missy was best known at first for her gimmicks. On guest appearances for remixes she would cackle “hee hee ha ha haow” and on her own tracks she got recognized for trademarks like “Beep beep – who got the keys to my jeep? VROOOOM.” Even though it’s well known that Missy is a songwriter whose credits for OTHER artists have been nothing but hits, people continue to greet her own rhymes with incredible skepticism. On top of that, there’s an extra-deep level of playa hate’n that greets her success – the fact that super-producer Timbaland is the maestro behind nearly all of her beats and big hits.

Some rappers and producers were just meant to go together though. Guru only sounds right when paired with Premier, and Snoop Dogg always comes off better when he works with diggy Dr. Dre. So it is with Missy and Timbaland – a duo who are each great seperately but together seem to bring out each other’s best qualities. Missy as an artist is not afraid to take chances with the way she flows or how she rocks, and Timbaland as a music maestro loves to fuck with people’s perceptions of what beats should be. When you combine the two together the results end up being headbanger tracks of the type found throughout the entirety of “Miss E …So Addictive.” This starts with the lead single “Get Ur Freak On” – a track that left many people (including this writer) scratching their heads at the Eastern sounding uptempo beat and slow-flowing vocals. Like OutKast’s “Bombs Over Baghdad” though, this track gradually creeps up on you after repeated listens until you realize just how funky and innovative it really is. Missy sounds just as good on a more traditional hip-hop beat though like “Lick Shots”, where she shamelessly raps “if I give you head you’ll never leave.” Damn!

Missy also likes to sing a bit, and this is where people hate on TOP of hate’n – they lambast her vocals as a far cry from Martha Wash and Aretha Franklin. Some fellow music critics seem to assume that the listeners are incredibly naive or stupid – who among us actually mistook Missy Elliott for Aretha Franklin? Please. What works for Missy Elliott is that she recognizes the limitations of her voice and her range and doesn’t try to blast her way out of them or gussy them up with special effects and backup singers. As a result there’s a refreshing honesty to her non-rap tracks, such as the retro-funk “Old School Joint” and the quiet storm style duet “Take Away” with Ginuwine. Really, what’s not to like?

Some artists just have an uncanny knack for making music that’s bound to crossover, and less forgiving music critics tend to blast artists that seem to become popular because of gimmicks or flashy music videos. While it’s true that Missy does have both, she earns a lot of respect from other hip-hop artists who have no such elitist pretentions about recording with a pop AND rap music star. Guest appearances occur throughout, such as Method Man and Redman on “Dog in Heat” and Ludacris on “One Minute Man.” These people are far from fools – as the old saying goes, game recognizes game. It’s ridiculous that people would continue to front on Missy in 2001, especially on an album with tracks as tight as her “I’m not havin that shit” sister anthem “Step Off” and the rugged hip-hop of “Slap! Slap! Slap!” with Da Brat and Jade. Even Jay-Z gets into the act with a “One Minute Man (Remix)” on one of several bonus tracks. Why hate? Congratulate. Timbaland and Missy are a superb combo – both eccentric enough to match perfectly. Underground heads may front, but fans of good music will still want to pick this record up with the quickness.