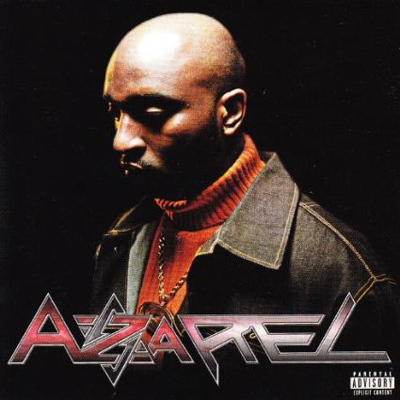 The Pacific Northwest is not exactly noted for it’s hip-hop lineage. Let’s face it, when Sir Mix-A-Lot is the most notable artist from the region, you’re not making a lot of noise. It is one of the few major urban areas in the US that doesn’t have a major radio station dedicated solely to hip-hop. To make a long story short, the hip-hop scene is pretty sad. But make no mistake, there are diamonds in the rough just waiting to be discovered — enter Azarel.

Although he is from the West Coast, this album is not defineable by sound. That is to say, if you were to pick up a copy of this album and listen to it without prior knowledge, you’d be hard pressed to identify which region Azarel hails from. For example, the opening track “Use Ya Mind” sounds like pure west coast. However, songs such as “Usual Suspects” and “This Year” sound as though they are straight from NYC.

On the mic, Azarel is not a thug nor is he a wicked battle rapper nor is he a super conscious backpacker. He seems, rather, a fairly normal, down to earth person who has a generally uplifting message that he wants to send through his music. An excellent example of this is the track “U & I: Unity”:

“I used to think I had to walk with a gun in my hand and start a war
But that’s past tense, coming at em with new tactics
Call me AZ the track magnet
If I’ma give em what I gotta give em, brotherly love is needed
To show em we too much of a people to get defeated”

The strongest points of this album are the smoothed out “Use Ya Mind”, the poignant “Strugglin”, the hard hitting “Usual Suspects”, the gritty “This Year” and the uplifting “Unify.” Throughout the album, Azarel is extremely consistent: he drops solid and generally positive rhymes. He never comes spectacular, but never comes weak. In addition to his lyrical abilities, he has a strong voice and good flow even though they aren’t particularly distinct. The production on the album mirrors the lyrics: nice, solid, beats that are unspectacular but never shoddy.

While Azarel may not put Seattle on the map with his album, but he may very well open some eyes; there is quality hip-hop in every urban area if you look for it. While Azarel may know blow you out of the water with anything he does, as a total package he is a solid MC and worth checking for.