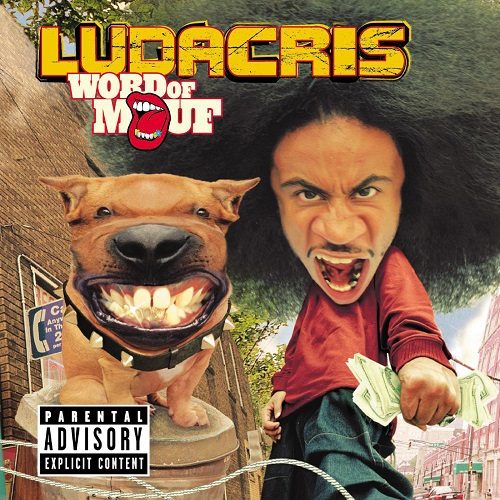 Here’s a safe prediction: when Mystikal drops a new album, the first single will be produced by Timbaland. Here’s another prediction: the hook will be sung by Nate Dogg. These days, those are the two surest ways to score a crossover hit as a rapper from the West or the South.

Despite making some predictable choices to spur album sales, one should be thankful that Ludacris has no “What’s Ya Fantasy Part II” on this album. The topic matter is pretty standard fare for this rapper though: kinky sex, big balling, and humerous snaps. Freaky girls trying to front like virgins get their cards pulled on “She Said”, “Move Bitch” featuring Mystikal is an anthem for drinking and fighting, and “Saturday (Oooh! Oooh!)” is an Organized Noise ode to the weekend party life.

Try to hate on it, and you’re going to come up short like Fat Joe squeezing into size 36 pants. What makes Ludacris popular is his ultramagnetic personality – the same one which first landed him a gig as a radio DJ in Atlanta years ago. Luda’s tendency to overexaggerate syllables keeps his flow distinctive and punchy – you really hear the “ohs” in his “hoes” and “urls” in his “girls.” And most of all, ‘Cris uses humor to spice up the stories he tells, such as the creepin anthem “Keep it On the Hush”:

“Now even when I just come in ya house
and cover ya mouth, because your momma’s at home
You grippin the sheets and makin a effort not to holla and moan
You got to keep it on the HUSH, cause we in no RUSH
And you tellin me it’s the little things that mean so MUCH
And it’s an illusion thinkin that you can match what I can do best
So if your man call, tell him to put some hair on his chest”

You can find plenty of comedy throughout his LP: the beatboxing snaps of the title track revisiting a style from the last LP, the bonus cut “Block Lockdown” originally from Funkmaster Flex IV, the royal penis cleaning of “Coming 2 America” and more. The only songs that really come close to serious are the survivalist tale “Cold Outside” and the hardship tales of “Growing Pains” featuring Fate Wilson and Keon Bryce. If you catch deja vu listening to the latter song it’s because the sample featured is the same one from Dilated Peoples’ “Worse Comes to Worse.” To the credit of producer P. King though, it’s a completely different presentation – a slower, somberly soulful playback designed to set the backdrop of how life as a shorty shouldn’t be so rough.

One final prediction: “Freaky Things” featuring Twista and Jagged Edge, produced by Shondrae, is the sleeper hit of the album. It may be they already planned to release it as a single, but the sticker on the front cover didn’t mention it. Nevertheless Twista’s super tight fast flow and the extreme overvocalization of Luda’s delivery make for one of the most pleasing tag-teams in rap. Until Twista lands the new record deal he deserves and releases his pent-up masterpiece, this is the next best thing. And until Ludacris’ releases the planned follow-up “Chicken and Beer,” this album is a pleasantly non-offensive course of french fries, hamburgers and Coke that taste good and fill your appetite for greasy hip-hop. Don’t count the calories, just bite down and enjoy the flavor; And don’t forget the extra track “Welcome to Atlanta” posted after the end of “Block Lockdown” for dessert!