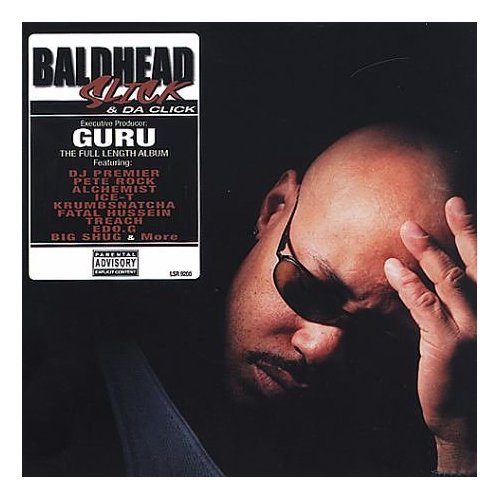 In the past we’ve all been familiar with “Guru Presents” type albums, usually compilations under the “Jazzmatazz” heading featuring a variety of soulful musicians. With the last Jazzmatazz edition “Streetsoul” Guru began to move away from that formula, leaning more on guest artists to rap or sing instead of blowing horns. With this new compilation, Guru abandons live sound altogether – opting for hardcore hip-hop heavyweights like Alchemist, DJ Spinna, P.F. Cuttin and Premier to provide the thumping musical backdrop for him and his guests.

The caliber of the some of his invited guests is as impressive as the beats. “Rollin’ Dolo” is a Boston’s finest rhyme session featuring Ed O.G., Big Shug, and Krumbsnatcha. “In Here” is a jazzy, piano-heavy Wu-Tang style attack with Timbo King and Killah Priest. “War Tactics” has a spooky war-like symphony, the perfect backdrop for the likes of James Gotti and Fatal Hussein. Even Ice-T, the O.G. of hip-hop pimps, takes time away from “Law and Order: SVU” to be on “Underground Connections” with Suspectz.

There are some lesser known names on this album too, most of whom appear to be recruits for Guru’s own Ill Kid Records imprint. Mostly defunct in the last few years, it seems he’s ready to revive it and inject it with new life with the likes of Mendoughza, Bless, Smitty and Kapital Gainz. Smitty may be the most impressive, as he also produced his own track on the tense “How You Gonna Be a Killa?” The sorrowful sounding “Never Ending Saga” featuring Lae D-Trigga and Bless is pretty good too. The rest of the rappers in his crew are, to be honest, take it or leave it – surviving mostly by appearing with Guru and being blessed by choice producers. This formula propped up Lil’ Dap and Melachi the Nutcracker for a while too, but since splitting with Guru (and most importantly DJ Premier) their career has been a dead-end. One suspects the same would be true for many of these MC’s.

There are plenty of gems which standout on repeated play on “Baldhead Slick & Da Click”, but songs like “Where’s Our Money?!” and “No Surviving” prove that Guru is still definitely the star of the show. The latter’s raw DJ Yutaka beat gives him the perfect backdrop to be playfully braggadocious:

“Whatchu want? Some place where you can seek refuge
against my team? I run with some of the best dudes
that’s done it, did it, plus niggaz got kids ‘n shit
Put you under pressure, make you forfeit
What’s goin on here, is worse than your worst fear
Bout to send you to a doctor, nurse, or a hearse here”

An album of Guru alone with this quality selection of rap producers would be a worthy purchase. An album of Guru and the select picks of his favorite well-known and underground rappers over these beats would still be. An album of Guru with these dope producers, some of his favorite rappers, and a selection of no-names from his label starts to stretch it JUST a little bit. All in all though, Guru fans would be doing themselves a disservice to ignore this album, and it IS conceivable that rappers like Smitty or Bless might blow up over time. Maybe.