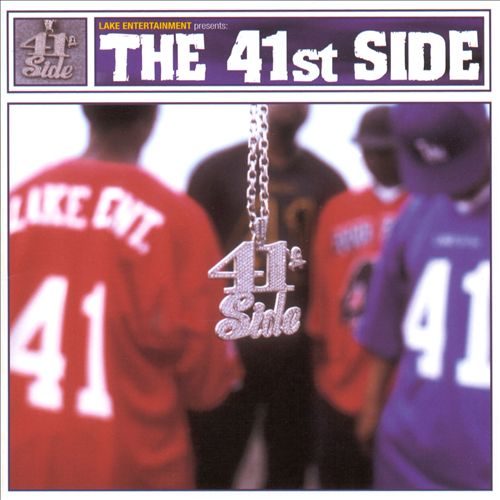 The first thing a lot of people were asking when they heard about this album was “Who is Lake?” Lake, in short, is an infamous (no pun intended) QB hustler. He goes into detail on one of the skits about the incident that put him in jail from 1992-1999. To make a long story short, in this day of discussion of how “real” certain rappers are, one thing can be said for sure: Lake is no studio thug. When he raps about something on a record, it has a touch of authenticity; take that for what it’s worth, but it’s the truth.

Obviously, the man gets mad respect in QB if, without much prior experience in the rap game, he can get basically the entire crew including heavyweights like Nas, Mobb Deep, CNN, and Cormega to show up on his album. But can he actually hang with these guys on the mic? The answer is a rather surprising YES! Having never heard Lake rap before listening to this album, he may or may not be on the same level as his big time QB counterparts, but he is never embarassed by them. In fact, he carries one of the better songs on the album, “Crush Linen,” all by himself.

The first song on the album is “Cardboard Box” which features Havoc, The Jackal, Littles, and Nature. Havoc, behind the boards on this one as well, cooked up a nice beat that doesn’t sound much like his usual work. Everyone comes pretty nice, with Nature ripping shit up. The only downfall is the hook, which is unoriginal and uninspired. What follows is an interview with Lake in which he describes the circumstances surrounding the actions that led to his incarceration. Definetly worth listening to, just to hear where he’s coming from.

Following this is the aforementioned “Crush Linen.” Backed by haunting Alchemist production, Lake comes with an incredibly dope flow, and his voice is cool as hell. In fact, his flow is so on point that when the rhyme scheme gets shoddy on a few bars, he covers it up and makes it sound perfectly natural. Even though the subject matter isn’t exactly ground breaking, and the lyrics are not mind blowing I honestly can’t get enough of this track because Lake flowed so impeccably over this beat.

Queensbridge mainstay Big Noyd pops up on “Pain”, along with the unknown A. Dog, who also produced the track. In fact the production stood out here, and both MC’s came through and ripped it. Next up is two VERY promising young guns, Germ and Artillery, who come through on “Husslers ‘N Gangstaz.” Produced by Artillery, the beat is a true hardcore NY sounding banger, and both impressed me with their flows and rhyme skills. They may not be touching on brand new material but they certainly present it better than A LOT of cats. These two have serious talent, I’m looking forward to hearing more of their work.

The first single is “Let Em Hang” featuring Nas and Lake, with V12 singing the hook. Wow, where do I begin? This track is DOPE. Alchemist produced this HOT beat, and Nas proves that he can still be Nasty Nas when he feels like it. Peep this:

“Foes decompose in their coffins
Hoes creepin with bosses
No sleep in my fortress
Break day thinking of losses
Taxes and IRS, government gangstas
But I’m a scientist, in love with big president faces
My residence changes from ghettos to acres
Avoiding jealousy snake shit”

A sign of things to come? Hopefully. Lake brings it correct too on here, with lines like: “Having no pops to mold me, just told me; God didn’t plan for another man to control me.” Dopeness, all the way around. Alchemist pops up for another dope track, “We Gon Buck”, which features CNN, Lake, and Cormega. Other high points include “Keep Doin U” featuring Juice Crew staple Craig G and Voice; “Get Back” featuring Prodigy, Ammo, and Tragedy. The best joint on here might be “Right or Wrong” with Lake and Blitz aka Pop, who argue between rapping or dealing for a living. A dope concept in the mold of “Self Conscience” on QB’s Finest; extremely well executed.

The only two low points on the album are the corny “Take U Back” featuring Bars n Hooks, Chinky, and Don Alon; and “Crazy 8’s.” “Crazy 8’s” was a good concept, with 8 MC’s spitting 8 bars each, but it was uneven due to the wide range of skills of the MC’s on it; it’s aight, but nothing particularly special. “Take U Back”, on the other hand, is just wack.

So is this album as good as QB’s Finest? Well, yes… and no. See, it’s much more consistent It doesn’t have songs that are as great as “Find Ya Wealth”, “Street Glory”, “Self Conscience”, and “Kids In The PJs.”.. on the other hand, the wack/half assed songs were at a minimum, which could not be said for QB’s Finest. All in all, if you’re a fan of hardcore New York hip hop, this is an album for you. The beats are uncompromised and dope, the lyrics are gritty, and the product is true streets. If you liked QB’s Finest, you’ll definetly like this; even if you didn’t like QB’s Finest but you like the MC’s who were on it, you’ll probably like this. Good concept, good execution.