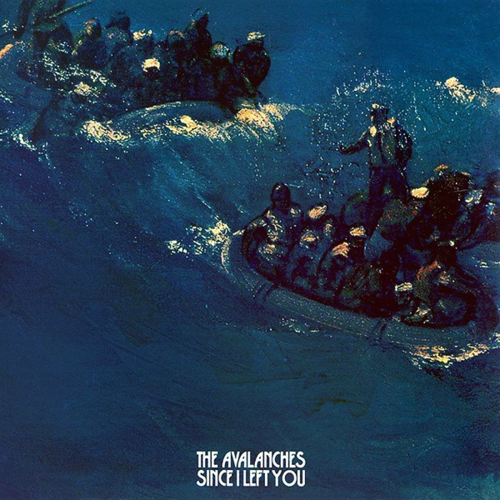 Since I Left You

The Avalanches :: Since I Left You

When you first hear the name The Avalanches, you immediately think of an unlucky mountain climber pounded by a ton of hard rocks. Or perhaps that same chump getting hammered by 2,000 pounds of snow. But the album art of “Since I Left You,” the Australian group’s first international release, shows a huge fertile sea gobbling up “survivors” of a Titanic-sized shipwreck. Regardless of what catastrophe fits best it’s safe to say that after you put this CD in, you’ll be that chump getting pounded.

Listening to this album for the first time is akin to losing one’s virginity or, presumably, taking crack. Listening to it the second time — which will probably be immediately after the first time — you’ll probably think you know the CD, but then you’ll realize whole songs you somehow missed the first time. Listening to it the third time — or anytime thereafter — is like eating a multi-layered cake that, bite after bite, always reveals more. Did you catch how they flipped that Madonna sample? What about Camp Lo? And where the fuck did they get that Posdnuos sample from? I thought I had all the De La albums?

The best predecessor I can think of to the all-instrumental “Since I Left You” is DJ Shadow’s “Entroducing” — shame on you if it’s not in your collection. There are 18 tracks, but some tracks are only 30 seconds long. And the tracks don’t really end, really. They just disappear, and then reappear later in the album. For instance, the seductively sampled diva that sings how she left you on the title track will return on at least two other songs. And not in a Neptunes “we’re using the same beat” way, but as a tease. A flirt. And so you’ll pulled to and fro, like the sea, until you finally give in and realize that there are no real songs on the album. And nothing is real — it’s just a shitload of samples.

Don’t take the sample warning lightly. These bastards cleared — that’s right, cleared — at least 30 samples for this album, listed in the liner notes in 8-point gothic type. On the surface they seem cleaner than the average hip-hop DJs, but after hearing the dozens of unlisted samples on the album you’ll realize that they’ve done more thievery than Hudson Hawk. The music itself is, for the most part, uptempo, with very little of the moody shit that most experimental DJs want to put on their albums these days. There are some decent slow jams — including “Tonight,” with a phat Nancy Wilson sample — but the songs are blended so well that, just as you start to relax, a monster drum or bassline will have you bobbing your head again. Ya’ll more open-minded hip-hop heads that are familiar with Daft Punk’s Discovery will feel right at home.

Don’t get it twisted, though: this is a hip-hop-influenced album, if not a hip-hop album, and the vocal samples are so tight that some parts feel like a DJ compilation tape. Listen to Raekwon’s (unlisted) quick sample on “Avalanche Rock,” or the Camp Lo brothers get their mack on during “Diners Only,” which samples their classic cut “Sparkle.” The Avalanches appear to be chameleons when it comes to beats, as you’ll swear that RZA laced Raekwon on his cut.

That said, this album does require an open mind, not unlike when you first listened to The Roots — remember that? — or a Swizz beat — like “Money, Cash, Hoes” or, better yet, “Ruff Ryders Anthem.” Don’t worry about that, though. Chances are the first listen will crack your head wide the fuck open anyway.

The Avalanches :: Since I Left You
9Overall Score
Music9