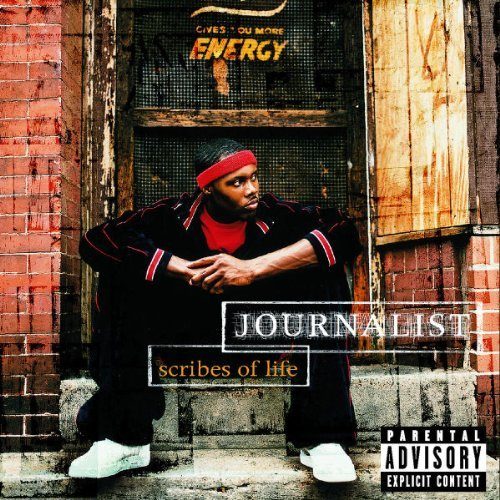 “Okay fam I appreciate you bustin it up
But as far as you getting busy, that wasn’t enough
Now there’s a few cats that feel you, and few cats that doubt you
Give us a little somethin for those who never heard about you”

Two stellar performances on Canibus’ “2000 B.C.,” then nothing. That was the story of Journalist. A smooth flow and a thought-provoking lyricist are exactly what the rap game needed those days, and Journ drops off the map.

Its now 2002, and along with putting out a new album, Journalist has the task of separating himself from Canibus. Much like Beanie Sigel and Memphis Bleek after initial appearances with Jay-Z, the rap world addressed Journalist as “the guy who was on Canibus’ album.” Journ wants things to be otherwise, and in his intro says “I have pains in my pancreas / from everytime I heard that I’m fortified with Canibus.”

It’s been two years since we heard an LP caliber appearance from Journalist. There were a few mixtape appearances that most die hard Journalist fans (like myself) could tell you were hot, and the hype and rumors of albums flew around the Journalist community.

“Okay we heard you on the mixtapes doin your thing
And the jawn off your album that grew in the spring
To a lot of people though, you’re still new on the scene
How long you think it take you before you prove that you king?”

That quote from “Dialogue” pretty much sums up where Journalist has been, and where he thinks he’s going. It would have made more sense to put that in the intro instead of the eleventh track so that people actual listen to how tight this album really is, but the intro he used instead is sickenin’. It’s appropriately titled “A Journey”, and has a catchy tune and a lesson of life behind it. Among others, Jay-Z and Nas always have hot intros, ones that you always say, “damn that would have been an ill song” and this competes right up there with them.

The next two tracks were his two big hip-hop mixtape hits, “Self-Explanatory” and “Extended Family,” which features M.O.P. and was a hit earlier this spring. The first of the two has some tight lyrics.

“See I studied the block so I got damn good methods
on how to burn strips like I can’t cook breakfast
â€¦Watch who you talkin to, get your glasses cleaned
Before I be forced to empty out this magazine
Barrel throwin out twenty’s like a jack and queen
Leave you somewhere throwin up your last cuisine”

The appearance of M.O.P. in “Extended Family” is one of only two songs with other featured artists. “South Phil with Brownsville, damn that sounds ill” as Journ put it, tear up the track with how they’re gonna kick your ass and aren’t afraid of anything, and that they would kill you without thinking twice. The lyrical weight of the song is a step below the rest of the album, but is still above average compared to most albums out these days.

“Back in Da Lack” has BY FAR the best tone and hook at first glance on the cd, and Journalist has even said that this is his favorite track. The Atlanta sounds work well with Journ’s demeanor, and just add to the flavor of the song. Blaze Up also places more emphasis on the beat and a catchy hook than about the bars that get spit, but its still one of the best tracks off the album.

“Dialogue,” my personal favorite, tells of his rap background. It has Journalist posing questions to himself about how he came about, and how people view him. I still say this would have been a good intro though.

“When it Comes to This Shit” has the best one-liners on the album. Originally titled “Prove It,” if even a portion of this song was put out by a Roc or Ruff Ryders artist, people would say “he is the best lyricist, he would kill anyone in this game”, and it would be hailed an instant classic. It seems every line has you sayin “oh shit!” or cracking a smile.

“You know the flow fascinatin
Nigga I’m so sharp, when I walk I scratch the pavement
I aim this gat right for your ways
then I go to your mom’s house to give her all types of bouquets
or I can paralyze half of ya
You don’t wanna see your kids laugh at ya
when they see you peein’ through a catheter”

Overall, this album will probably go nowhere in sales due to the weak promotion skills Crazy World and Motown put forth. Despite that, the album is a lyrical masterpiece, with most of the beats getting you moving and wanting to hear over and over again. I think that’s pretty good considering the majority of the album was completed in under a month, the same amount of time some rappers spend on a single song. The downsides include a few tracks with only mediocre beats, and Journ’s smooth flow getting rough after hearing it after a while. He is already working on his second album, which shows the dedication and promise this young kid from Philly shows to the rap community.