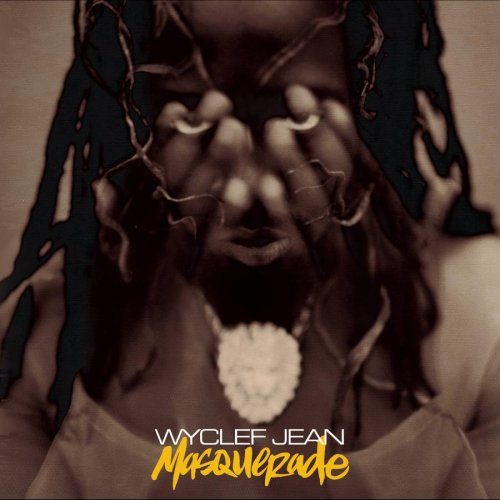 If Wyclef Jean has already proved one thing, it’s that he’s bigger than his former running crew The Fugees. When he first went solo with “The Carnival” you could still find Pras, Lauryn Hill and John Forte’ making cameo appearances throughout, but by 2000’s “The Ecleftic” they had vanished almost completely. Indeed, Lauryn Hill can be found singing unplugged solos on MTV, Pras quickly dropped off the scene after “Ghetto Supastar” went nowhere, and John Forte’ is languishing in prison on drug charges. Being freed up from his group seemed to be liberation for Jean, as “Ecleftic” featured duets with everyone from Mary J. Blige to Kenny Rogers. It was not traditional hip-hop, but when was the Haitian-born refugee ever supposed to be a traditional rap artist?

Jean proves he can push the boundaries successfully and still stay true to his roots on “Masquerade.” The solo albums to date form a trilogy of storytelling, with the third bringing us back full-circle to the first. People wear masks at carnival to disguise their faces, but what Jean is actually doing is lowering the mask and allowing us to see the truth of what lies beneath. Criticisms of negative living, false idols and shady business have always stung sharply from Jean’s prophetic lyrics, and “80 Bars” proves the sting has only gotten sharper with age:

“Now at the funeral, I can see the priest bless you
But in the afterlife, I’ma still touch you
Knockin on heaven’s door, you’re beggin to get in
That’s when the son of man greet you with the face of Satan
Now you look frightened in the belly of the whale
That’s when the warden say, ‘I wanna welcome you to hell’
Bones is five bucks, get off the phone, time’s up
I’ve seen him cut from his head to his..”

Wyclef may be aiming for a wide audience of young and old alike, since some of these more explicit details are censored over. Normally I think that’s more offensive than leaving so-called “curse words” on records in the first place, but in this case Wyclef Jean gets a pass. Part of the reason is that he and long-time collaborator Jerry ‘Wonder’ Duplessis produce or co-produce 100% of the songs on this album. This is Jean’s vision musically and lyrically, and his quest to share it with the masses will succeed due to it’s strength – censored or not the message gets through. Being edited has nothing to do with being hardcore on the title track at any rate, spitting broken english with M.O.P. and Bumpy Knuckles (Freddie Foxxx) while Miri Ben-Ari stirs things up with her hip-hop violin. He can flip the script though and go from rhyming with the hardest to lambasting the fakest as he proves on “You Say Keep it Gangsta”:

If you weren’t a fan of Jean doing things with hip-hop that nobody else thought of or dared to do before, then you probably won’t enjoy his duet “Pussycat” with Tom Jones or his cover version of “Knockin’ on Heaven’s Door” – even though there’s nothing wrong with either one and the latter is surprisingly good. Wyclef also embraces the reggae side of his personality with cuts like “The Mix Show” or the Bob Marley-esque “War No More,” where he gets hassled while at the airport:

“First thing they do they wanna ask me for my passport
They said ‘Wyclef, we love The Fugees – The Score..
.. but did anybody give you any strange package to bring on board?
I was like ‘NO!’ Here comes the National Guard
This looked like a scene – from the movie ‘Star Wars’
One foot in, one foot out, standin in the airplane
I’m on tour! I’m on my way to Japan”

Wyclef enjoys singing as much as he does rapping; thankfully, he’s good at both of them. If you enjoy the diaspora of African music and not just the North American variety, you’ll be able to appreciate songs like “MVP Komba” and his PJ’s “Ghetto Racine” remix in creole. If you want some straight up raps though Jean comes through on songs like the mournful “Daddy” and the inspired update of “Oh What a Night” where Jean’s humor shines through with lines like, “Lived on the first floor, we was so poor, that if you rung the buzzer the roaches would answer the door.” This unique mix of wit and wisdom, rapping and singing is what makes Wyclef Jean a consummate entertainer – the kind of man who can say, “I ain’t gon’ brag and boast and say I did it all, but I’m the only rapper to play Carnegie Hall” and not make you feel like a hater. Jean can do all the Pepsi commercials he wants, as long as he keeps turning out his own unique vision of rap and sharing it with us – his own “Ecleftic” style.