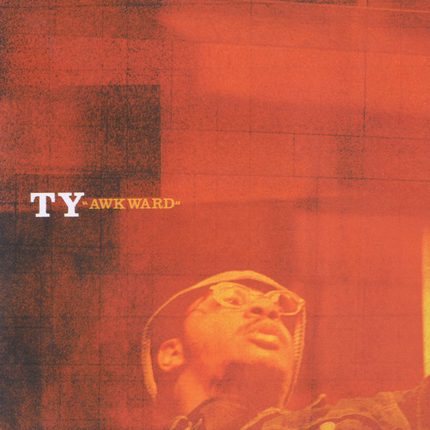 Ty (pronounced tie) is a well-respected figure on the UK rap scene. When I went to London last June to see Mos Def, Ty was his support. Talib Kweli recorded a track with him when Rawkus did some stuff with UK MCs a few years ago. The American artists associated with him give an indicated of his style; any MC down with Mos and Kweli is hardly going to be a wannabe British gangsta. His style is not influenced by American rappers, and in a way that is nice as it demonstrates the development of a separate British culture. Ty also does a live night in London every month. One thing that struck me very quickly about this album was the striking honesty Ty displays throughout. Instead of relentless bragging he gives us a self-depreciative view of his own life and accomplishments. Now this is what I call keeping it real. We are treated to tracks regarding Ty being bullied at school, scratching up someone’s BMW in a jealous rage and messing it up with a girl round at his house. The only bragging is a reasoned call for people to respect Ty for what he is; a true British architect.

“It was a sunny afternoon,
somewhere between April, May or maybe June
The year had been quite busy
and I was just taking a break from having to make a tune
I was chilling with my cousin;
rude boys under-cover just watching the place
Sitting opposite the tube,
this girl comes up and says ‘I recognise your face”

Ty sets the scene for a future meeting with the girl in “The Tale.” The production is fairly simple and is built upon keyboards and drums, buthere isn’t any scratching. It’s a warm and funky sound though that’s achieved throughout the record. He advances the story in the best style with pleasant rhymes, describing how the conversation ‘turns from vague, idle chit-chat to thinly veiled come-ons’. I’ll leave the ending a surprise but it is all told with a style and vigour Slick Rick would be proud of. With the track “You’re So..”, Ty creates an ode to a woman he knows. It’s a good Q-Tip like effor, sounding like he’d been born in London and wrote “Bonita Applebum” there. Ty even uses Tip’s line “You’re like a Hip-Hop song, you know.” His candor is refreshing:

“I feel shame when you drive past me at the bus-stop
Jedi mind trick; trying to tell you
that you must stop now and pick me up
But you don’t. Man, it’s cold,
I hope this bus comes soon”

His style is nice; melodic with an easy pace and a pleasingly London accent. The vibe is chilled-out, no swearing in sight. “Mind Made Up” has similar production with a low-key and warm sound of trumpets. It’s the opener of the album and is like a statement of intention for Ty. He tells us what he thinks, how he’s going to bring it, and it’s all positive stuff about the capacity for change: “We can MC way beyond the call of duty/Stand the test of time like Bob Marley and Feli Kuti.” Musically there is not a single song that is displeasing. The tracks which have a string of contingency, or a story-telling element are excellent, but a few are just filled with meaningless rhymes. They might please as background sounds but do not stand up to a close listen. This doesn’t happen often though, and remains a minor qualm. There are some real gems to be found. “Zaibo” for instance, is Ty’s effort at a world sound. The beginning female spoken word is fairly crass but the beats are anything but. There is a springy sample and crisp keyboards and drums. The chorus is a stylised African voice singing about ‘Zaibo’. There is some mediocre French MCs on it too, the only guests on the entire album, who, whilst not being up to Ty’s standard, don’t ruin the track either. Ty is at his most lively and upfront here in his dialogue with the French guy, who asks.. “Wanna be an MC?”

Another, if not the, gem is “Break the Lock” at the end of the album which shows Ty at this most eloquent and charming. He rhymes about his aims and declares that although “The world keeps spinning” he will “break the lock if the door’s not open.” What emerges from the album is a complete and frank picture of an MC, but first and foremost of a person. Ty is honest and warm but has the talents to convey his personality to us. His style may not be flashy, loud or intrusive but I would rate him as one of the best British MC’s around. When you add to that his skills as a live performer a picture of a talented and nice guy emerges. He’s paid his dues and this fine album is part of his reward. If you liked the first Tribe album you should check this out. Ty brings a similar sound with a London accent and a more mature attitude. If you want to hear some UK sounds then this is something you shouldn’t miss.