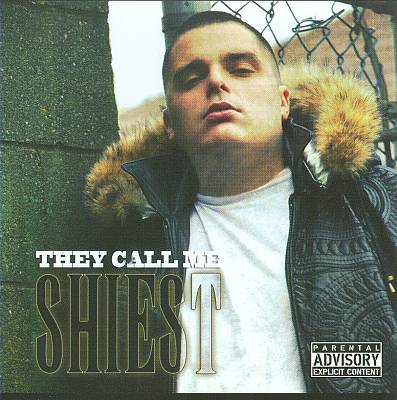 Shiest :: They Call Me Shiest

In looking up information about Shiest for this review I came across this entry onHotbox Productions:“Originally from St. John’s, Newfoundland and now residing in Edmonton is hip-hop artist Shiest. With the help of ODC Productions, he has released his debut full-length project entitled ‘They Call Me Shiest’. Production by myself, Suave, DJ Agility and more. Album in stores right now.” That was in August of 2009, so Shiest has been kicking it on the independent hip-hop scene for more than a minute now. In fact once you find his bio online you learn Shiest has been around longer than that – he’s been rapping since the late 1990’s and has opened for fellow Canadian all-stars like Rascalz and Kardinal Offishall. In some respects it would seem our coverage of Shiest is long overdue, so props to his publicist Noel for getting “They Call Me Shiest” to RapReviews for coverage. The lead single “Nuttin’ New” has already gotten over 5,000 plays on YouTube, so that’s as good a place as any to start.

“Yo how y’all been ha? Slick talk straighter than my brim y’all
Killin ’em like Win Lose or Draw at the in-laws
Been raw since Bin La’, did the Twins y’all
Ten-four, I guess the message finally sinkin in y’all
Love skill, no budget, got dough but they won’t cut it
Yo we gets heard with no ducats
I’m still doin it and doin it swell
Could flash the Clarks on ’em but I’m cool with the shelltoe”

Shiest’s single is produced by and features scratches from DJ Agility, and I’ll give him his due for a decent backdrop – a simple looped piano melody over an inoffensive if somewhat flat drum track. His work on the turntables is actually superior to his beats, which makes it a shame we can only hear it for a few seconds before the song starts to fade at the 2:30 mark. Yeah – as a choice for a single this one is hella short. I actually would have gone with “Tax Return” instead – it’s over half a minute longer and Suave’s jazz horn samples are on point, although it’s a bit hard to hear Shiest’s vocals since they’re mixed a bit low. “The Cypher” with Politic Live and K Riz also would have been an excellent choice, with the aforementioned Hotbox matching a swinging instrumental to some background crooners for an enjoyably layered hip-hop composition. Shiest sounds like he’s really in his element on the Canadian collaborative tracks, which also makes “Narcolepsy” featuring Quake, Boy ILL and Lee Fitz a winner – coincidentally also laced up by Hotbox. “Amped Up” with Bishop Brigante and Johnny Hardcore is a winner too.

Now as for Shiest himself, it’s clear he’s been writing and rapping for ten years as he’s got the fundamentals down solid. Solid yes, but underwhelming. At no point on this 13 track album does Shiest strike this reviewer as having a cutting edge delivery, tongue twisting skills, laugh out loud killer punchlines or supremely visual lyrical narration. “Move Back” exemplifies both the gift and the curse of Shiest as a rapper – he’s perfectly competent on the jazzy ivories that Hotbox delivers but nothing he says strikes me as memorable for more than five minutes after I finish this review.

“And I tear the spot down, live flow off the chain now
Say it real plain, nice links on the chain now
Pullin all-nighters, still bangs with the same crowd
Cut a few out, no weak links in the chain now
Push audio blow to university kids
Obviously dope poet, this is personal biz
Yo this year been like a second breath of air in the kid
Hold the family down though, respect your Earth and your Wis'”

It’s a shame to be knocking someone who is competent in every aspect of what a rapper should be, who as a bonus is by and large well-produced, who has clearly made enough of a name for himself locally in Canada to open for other acts that are well known on both sides of the Canadian border. It’s also not fair to the readers of this review to hype Shiest up like he’s the next big thing when he’s lacking that “it” factor that would take him to the next level – that charismatic spark fellow Canadians like Saukrates, Kardinal, Dan-e-o and Chocolair have that Shiest does not. In no way is Shiest a bad rapper or “They Call Me Shiest” a bad album, it’s just not one that’s going to stick with me for repeated replay. There’s something missing that would take him over the top – let’s hope Shiest finds it.