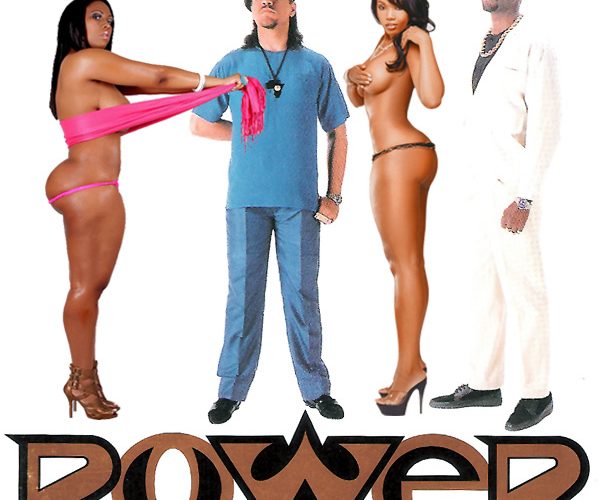 These days, many people know Tracy Marrow better as Detective Odafin ‘Fin’ Tutuola from the series “Law & Order: Special Victims Unit.” Some may also recognize him from a series of movie roles, from the stunning and memorable (“New Jack City”) to the horrid and forgettable (“Leprechaun in the Hood”). Before the lure of acting pulled him away from a successful and controversial rap career, Marrow was better known simply as Ice-T. For those who grew up during rap’s so-called “golden age” from the mid-80’s to early 90’s, the name is as instantly familiar as Public Enemy, EPMD, N.W.A. and the Geto Boys.

The heavy footprint that Marrow left on hip-hop during this time remains far more permanent and important than any impression he could make on Hollywood’s Walk of Fame. Even in his younger days, the impressionable Marrow was drawn to the pimpin’ and rhymin’ of writer Iceberg Slim, and it’s reputed Marrow spent his time memorizing and reciting the “raps” in his novels for his friends. In his early adulthood Marrow made his living through a variety of hustles including armed robbery and PIMPING, but the shortcomings of rotating in and out of the penal system kept rap an alluring option. Drawing on his favorite writer for inspiration and using a derivative of his first name, the rapping Ice-Tray soon dropped a few letters off the end and Ice-T began his slow rise to fame. In these early years of the 1980’s, T’s raps were party anthems which imitated the East coast’s successful artists like Sugarhill Gang and Treacherous Three; and gained him enough small notoriety to land him guest appearances in films like “Breakin'” and a song dedicate to the DJ Chris ‘The Glove’ Taylor called “Reckless.” Outside L.A., few people took notice.

1986 was when it all changed for Ice-T, when he discarded the lighter style of partying raps for a more vivid and haunting portrayal of urban reality more in line with his mentor Iceberg Slim. The B-Side of his “Doggin’ on Wax” single contained the now classic hip-hop song “6 ‘N the Mornin’,” where cops sneak up on the erstwhile rapper before dawn and force him to flee for his life. While it’s arguable where the genre “gangsta rap” truly started or who it’s first progeny were (from Schoolly D to Eazy-E), few songs were as emblematic of this new more serious style than this underground cult classic. It’s popularity soon garnered Marrow a record deal with the Warner Bros. distributed Sire Records, and the seminal record “Rhyme Pays” quickly followed.

While the success of his debut album was an auspicious beginning, it wasn’t really until “Power” that Ice-T came into his own as both a lyricist and an MC. The album’s title itself is an indication of the dominance Ice-T displays herein, and the appearance of his beau Darlene on the cover wearing a skimpy outfit and brandishing a large firearm was a sensation in itself. Flush with his new fame and success, T rapped freely and effortlessly about a wide variety of topics – whatever was on his mind got dropped in rhyme. From the lascivious ode “Girls L.G.B.N.A.F.” (Let’s Get Butt Naked And Fuck) to the Curtis Mayfield inspired “I’m Your Pusher” which substituted pushing rap albums for drugs, each rhyme fell into place perfectly. What T’s critics in later years missed was that even the rhymes that made being bad sound good had consequences – the single “High Rollers” being a perfect example:

“They’ll say I’m glamorizingthe hustlin hood
And a record like this can do no good
But I’m not here to tell ya right or wrong
I don’t know which side of the law you belong
Yes, the game has flash, but sometimes hurts
Behind any mistake, hard time lurks
And jail’s not your only problem, though it may seem
You just may die by a barrage from an M-16
But to each his own, choose the mobile phone
Choose the tailored suit, the luxury home
You’ll never get caught, cause you got nerves of ice
And you much smarter than the crooks on Miami Vice..
.. Riiiiiiiight?”

The irony of Ice-T’s life was that by turning away from a career of illegal activities and quick cash, he became a much LARGER success as a rapper and saw a life of wealth and glamour that his hustling days never would have. Like any good braggart the joy it brought to Marrow couldn’t be kept quiet; and on the album’s title track he lets us know just EXACTLY how he’s livin:

And who is the Rhyme Syndicate that Ice-T refers to in this song? Well they include producer Afrika Islam, his DJ Evil E, Donald D and Hen G, and even the early incarnation of infamous House of Pain rapper and Eminem enemy Everlast. Though he doesn’t appear on THIS album, other members of Ice-T’s posse show up for “The Syndicate.” Their rhymes are not an embarrassment, but unsurprisingly Ice-T steals the show and makes it clear he’s the Alpha Male of the pack with a verse that also infuriated LL Cool J and caused a bi-coastal beef:

“A lot of MC’s like to talk ’bout theyself
A first grade topic – I think you need help
How many times on one album can you say you’re def?
“I’m Baaaaaaaad” – yo punk, save your breath!
That’s weak shit, from a weak mind
And a weak mind, creates weak rhymes
You ain’t never kicked knowledge one time
Just livin on your own dick – that’s a CRIIIIIME
Homeboy why don’t you talk about somethin?
You just talkin loud and SAYIN NUTTIN
And if you get mad, sorry brother
And when you’re in L.A., watch your colors..”

Ouch baby, very ouch. This would become one of the most high-profile feuds of the 80’s, although the brash and cocky LL Cool J was simultaneously battling Kool Moe Dee – the man seemed to relish taking on all challengers. T himself was certainly not afraid to issue challenges to competitors or the media, as Ice-T’s “Radio Suckers” drives home a theme echoed with Chuck D’s own words in the chorus: “radio, suckers never play me”:

“Sense as I commence, my lyrics intense
Get tele-photo, break out your big lens
Look, check out the sales charts
My record’s kickin, I’m breakin P.D.’s hearts
They banned me from their shows; cause they said I’m too hard
But no sell-out, I guess I’m just barred
I ain’t changin mine for nobody
They bleeped words from Doug’s +La-Di-Da-Di+
I can’t get a bleep – what’s the deal?
Maybe my words are just too real
It’s not profanity, it’s just “the man” and me
He doesn’t want you to see what I see
Doesn’t want you to be what you can be
Word! Censorship of reality”

What all of these quotations fail to provide is a sense of the musical mastery behind this 1988 example of West coast minimalism. It can be felt in the synthetic electronic techno pulse of “Drama,” the quick drums and guitar licks of “Personal,” and the hard-driving drumbeat of “Grand Larceny.” What the beats occasionally lack in complexity compared to contemporary albums is not missed at all, as it gives the loquacious T ample room to spread out his vocal delivery. A rapper’s success is usually a direct result of his ability to make a charismatic connection with his audience, unless he’s propped up by million dollar videos and guest remixers. T didn’t have any of that, nor did he need any of it. “Heartbeat” is an apt name for one of this song’s tracks, because in listening to “Power” you get the feeling you’ve tapped the pulse of one of rap’s coldest MC’s. “Just rewind me ’til the tape bleeds” says Ice, and he’s right. His lifeblood FLOWS through this album.

What’s the verdict on Ice-T’s “Power”? When he first broke nationally with “6 ‘N the Mornin'” and later with his album “Rhyme Pays,” Ice-T was getting his first taste of the big-time, but “Power” shows an MC who has arrived on the scene and plans to stay. His long catalogue of records since is proof of that, and though the importance of his gritty narratives about the hood waned after “Home Invasion” in the 90’s the same charisma he showed on these early releases translated successfully into the commanding presence he has today on television and sometimes in film. Marrow is obviously one of those rare people in entertainment who can conquer almost any field he enters, and when he uses his talent to it’s fullest potential as he does on this CD the results are legendary.