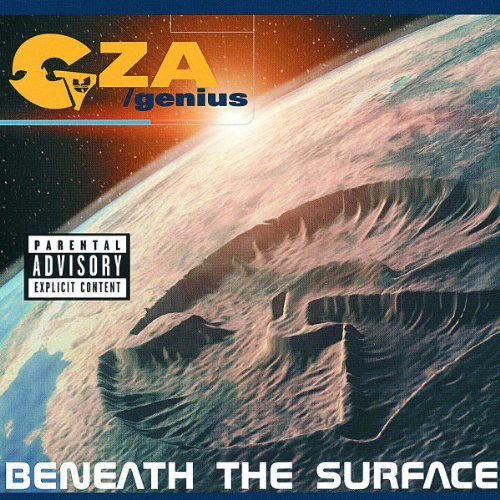 Imagine this – it’s 1999, and six years ago your group dropped one of the most acclaimed and influential hip-hop debuts of all time. A couple of years later you released a solo album praised by critics and fans alike. The producer of said group was quoted on record saying it was the best record he had ever produced. You are lauded by many as the finest lyricist in your crew; an MC fit to stand by Rakim and Kane. So what could you release to live up to your track record? Your first solo album “Words from the Genius” is unknown to most, lost in a fug of bitterness caused by record label greediness, but your skills and influence are massive, so what to do? Keep with the formula from “Liquid Swords” – acid wordplay over stormily atmospheric beats – spliced into Shogun Assassin clips? Perhaps follow the more grimy street stylings of your group debut? To advance and experiment aurally or to retreat to gangsta clichÃ© or well-trodden ground? As the Roots might have asked, was GZA going to “stand tall” or “sit the fuck down?”

Disappointment flooded over me the first time I listened to “Beneath the Surface.” I was a lready pretty worried after looking at the album inlay and seeing the number of RZA productions. A serious inversion has occurred; from almost a whole album on “Liquid Swords’, RZA’s input has decreased to one track. Err, what? Production time hasn’t been doled out to total unknowns though, which is encouraging. I love to see new producers coming through but why has GZA fucked with the set-up like this? Having said that I can understand his thinking as RZA’s work had become a little inconsistent by this time. Inspectah Deck produces one track which is nice to see; other producers include Wu followers Arabian Knight, Mathematics and John the Baptist – the latter of whom I’ve honestly never heard of.

So, I’ll give my initial, overall impressions before getting down to the nitty-gritty, individual dissections. “Beneath the Surface” can be easily summed up; it’s not ground breaking, it’s not a classic, but it is dope. It’s not “36 Chambers” dope, more like “Wu-Tang Forever.” After a few listens I began to appreciate the style of it. There are no kung-fu samples in the record, which I thought was disappointing. I know some people think they are just stupid, or mildly comic or whatever but I have always considered them a clever stamp of Wu originality. As shown on “Liquid Swords” they can sound ghostly stylish. Overall, the album has a more mainstream sound, more glossy mastering has replaced that raw and dirty sound you know and love.

After a pointless intro comes the first track titled “Amplified Sample.” This is pretty nice; GZA’s style is still as diamond hard and as razor sharp as ever. Production credits here go to Mathematics; a snapping drumbeat and piano chords. It’s not exactly vintage Wu, but isn’t a bad opener. Next is the eponymous track which is a real gem. The Inspectah is at his best here: imagine a simple drum pattern, swooping strings and piano melody punctuated by GZA’s flow. Philly singer Res (“Reese”) shows up here to provide a sung chorus. The effect is excellent; atmospheric rhyming juxtaposed with a restrained but tuneful chorus.

After a few boring skits we have “Breaker, Breaker” which is Arabian Knight doing something just as original as RZA back in ’93. The track starts with some really skewed violin sounds, then adds a regular drum pattern and a flat bass line. It might not sound like much but, trust me on this one, it is. The chorus is some fuzzy, walkie-talkie type shit. No unnecessary bragging, no pointless swearing, no hoes or bitches; just quality beats and quality rhymes:

“The significance was not the vulgar applause on entrance
But the feeling on exit; on completion of a sentence
With age and experience my reason ripens
I strike on you Vikings; slash like a hyphen”

With disses as poetic as this it is surely obvious that GZA has matured to some extent. The first couplet above even points to a love for real perfection rather than glossy or superficial gratification. “Stringplay” is the supposed sequel to the GZA/Meth track on “Liquid Swords.” Once again Arabian Knight serves up a fine dish of beats. A fairly simple formula is followed; some steady drums and some catchy-as-fuck string samples. It works as the track is pretty short but both Wu members shine.

“Marvellous, theatrical drama on stage;
Broadway classical led to the range
Like currents the beat change; and now the flow is strange
You in the Arctic with wolves that viciously maim” –> GZA

“Pay no attention to the evil they speak
You caught the beef with the eagle-eye;
poisonous beats from underneath
Crack the concrete with two left feet, hand on my meat
Ain’t no games, we play for keeps
Introducing the crown-seducing man on the street” –> Method Man

There are plenty of other tracks on the record including some fairly poor ones. Don’t be surprised by the end ratings. I have continually complemented GZA’s flow, but have based the lyric rating on guest appearances also. Whilst some of the featured vocalists are welcome (Res on “Beneath the Surface”), some add nothing and detract in terms of style and finesse. Royal Fam, Hell Razah, Trigga, Njeri and Dreddy Kruger. Who are these people? GZA’s mates, I suppose. And who exactly wants to hear them rap? Well I won’t speak for others, but I certainly don’t. The worst came from LA the Darkman – a truly preposterous line “Allah blesses me with automatic weapons.” Now, I may not be a Muslim but I’m fairly sure Allah does not bless his followers with AK-47’s. As for production, this is also a bit shaky. Arabian Knight has been the head chef on the album, I feel, preparing some tasty joints. Mathematics is his deputy; still pretty dope. RZA is the celebrity cook dropping by; perhaps his meal here was a bit rushed. Inspectah Deck is the talented, occasional master chef. And what of John the Baptist? Well, I’d say he was the bloke chopping vegetables and opening cans. Oh, and the skits are shit.

GZA has rhymed pretty well on this record but his overall vision and selection of beatsmiths aren’t as immaculate as his vocals. As I said before, if “Liquid Swords” was GZA’s “36 Chambers” then this is his “Wu-Tang Forever.” This album is quite good at times but a bit patchy on the whole, with many tracks loosing the shine of the previous album. We must now hope and pray his next album isn’t anything like “The W.”