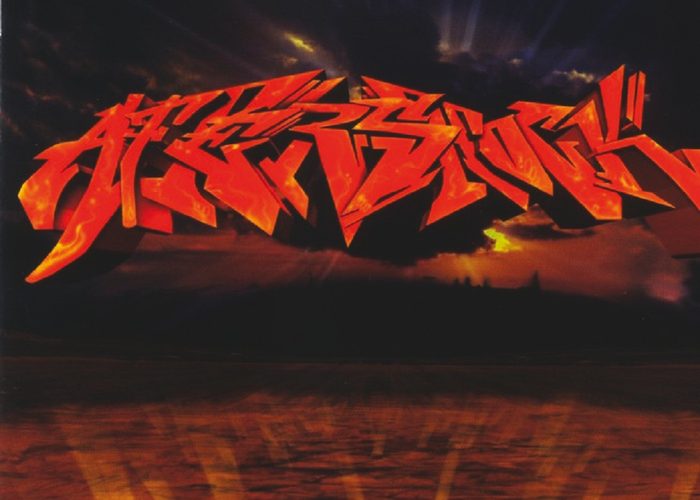 Hello, and welcome to www.Drum-and-BassReviews.com!

Okay, not quite, but please be advised that while Aphrodite’s “Aftershock” is indeed an excellent record with some rap influences, it is by no means a rap album.

Still with me? Good. Your curiosity will be rewarded.

Now, I’m no expert in drum and bass or jungle music, but regardless of genre, when it comes to music, I know what I like. And I like “Aftershock.” Granted, the disc does span 75 minutes, and the BPM does seem to be triple that of any two rap records combined, but this album’s got that extra something that keeps my headphones strapped. That little something extra that separates the best sellers from the bargain bin.

From start to finish, DJ Aphro manages to keep things fresh by constantly assaulting your eardrums with something new. And there are no breaks in the action, either. Each track flows seamlessly into the next. There’s not a moment of silence from the time you press play. Like a good MC, Aphrodite knows that once you hook ’em, you gotta keep it coming. Fortunately, Aphro has no trouble hooking the listener. From the first blistering backbeats of the opening track, “Heat Haze”, there’s no letting up. Aphro is perfectly capable of busting digital soundscapes all over the place. He even integrates sirens, shattering glass, and nuclear explosions into the mix. It all adds up to create monolithic walls of noise that sound like they could come crashing down at any second â€“ but the thing is, they never do. The sounds just keep building and building until there’s seemingly no place for them to go. Then, just when you think your speakers are about to explode, Aphro switches it up and goes all subtle on you, sometimes even messing with the tempo. Just keep building up and stripping down the beats. As long as it’s keeping people jumping it’s doing its job. This is not the type of record that you can sit around and chill to. Fans of Chemical Brothers or Prodigy (no not Havoc’s partner) will feel right at home.

Then you get into the guest appearances. Aphrodite’s tapped Rah Digga, Schoolly D, Barrington Levy, the vastly underrated Wildflower, and even Big Daddy Kane to show up here. And these aren’t just samples; these are new verses spit just for this record. But like I said, this is not a rap album. Let me elaborate. Whereas the average rap album’s focus is the verses, the lyrics themselves, Aphrodite instead opts to manipulate these vocals and make them just another element to an already huge array of sounds. Aphro splices up the flows and pastes them back together with enough variance to make a relatively short verse last for six minutes. Big Daddy Kane is given more time and freedom to shine on the mic than others, and while his rhymes are technically very sound, his is the one track on the album that didn’t work for me. Even the best MC wouldn’t exactly be able to gel with jungle rhythms. Without Aphrodite’s engineering, Kane’s raps sound awkward laying overtop the beats the way they do. But it’s a very minor fault in an otherwise solid CD.

While “Aftershock” is definitely a stretch for us to be covering on rapreviews.com, it is very good at what it does, and overall, very hard to complain about. Aphrodite has cooked up a sure-fire winner with “Aftershock”, even if it is one that most hip hop fans are likely to overlook. I just don’t think they’re the target audience for this record. But since there are rap fans out there who think outside the box, and ones that’ll put LIGHTAHZ UP to get wild when inside the venue, who knows? “Aftershock” could catch on after all. It gets my seal of approval, but it’s not for everyone.