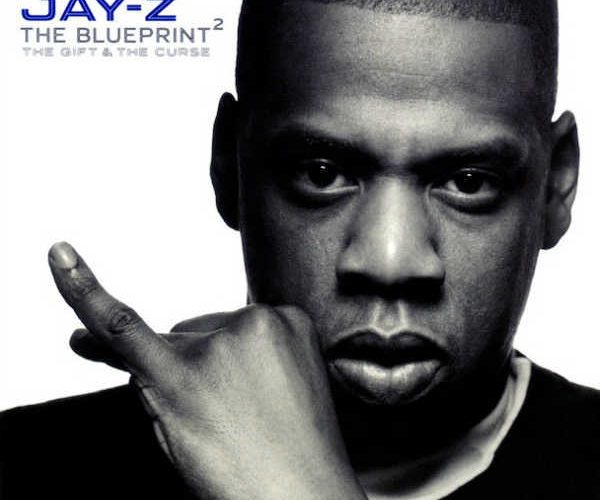 Double-disc albums seem to be the death knell for rappers. Notorious B.I.G.’s last album was the double disc “Life After Death.” Tupac Shakur’s last album not released posthumously was the double disc “All Eyez On Me.” It’s probably a coincidence, but it’s still an ominous one. More than that, it signals a shift in career for the rappers or rap groups who make one. Usually a double album comes out at a time when they are supremely confidant in their ability to sell to a large fanbase, even if it’s at least possible that by putting out such a large release with so many tracks some of them just won’t be up to par. If “Hovi Baby” is any indication, Jigga Jay-Z is feeling just that cocky:

“I’m so far ahead of my time, I’m bout to start another life
Look behind you, I’m bout to pass you twice
Back to the future and gotta slow up for the present
I’m fast, niggaz can’t get past my past
How they propose to deal with my perfect present?
When I unwrap “The Gift & the Curse” in one session
Ain’t no livin person can test him
Only two restin in heaven can be mentioned in the same breath as him
Seven straight summers, critics might not admit it
But nobody in rap did it, quite like I did it”

There’s really no reason he shouldn’t be. Despite having possibly the WORST release date for an album in all of rap history (September 11th, 2001) Jay-Z’s “The Blueprint” went on to be a smash hit. Not surprisingly he’s even willing to address that perplexing conundrum on “The Bounce”:

“Rumor has it “The Blueprint” classic
Couldn’t even be stopped by Bin Laden
So September 11th marks the era forever
of a revolutionary Jay Guevero
Now it’s a whole museum of, Hov’ MCers
Everybody dupin the flow, you see ’em
Everybody loopin up soul
It’s like you tryin to make “The Blueprint 2″ before Hov'”

Jigga is playing with metaphorical fire on this one though. It’s already established that he is drawing parallels between Biggie and ‘Pac by putting out a double album, but he goes a little bit BEYOND that. First, there’s his inclusion of a verse by B.I.G. lifted from “Juicy” in his double album’s opening song “A Dream.” If that wasn’t enough though, the lead single “’03 Bonnie & Clyde” draws directly from Shakur’s Makaveli release “Me and My Girlfriend” for both it’s beat and chorus. Foxy Brown may not be happy about being replaced on this new sequel by Beyone Knowles though:

“[J] All I need in this life of sin, is me and my girlfriend
[B] Down to ride ’til the very end, it’s me and my boyfriend”

It’s worth nothing that everything discussed to this point has been on the first disc of “The Gift & the Curse,” which really isn’t that surprising. Rap artists who release two disc albums often seem to display all the fire on the first disc, where the second seems to be the afterthoughts or the B-sides. Jay-Z is out to prove that myth wrong though, as he starts out with some fire hot material on the autobiographical opening track of disc two “Diamond is Forever”:

“Niggaz wanna know
How so, how Jay get up out that, here, yeah
I snatched purses I per-se-vered, yeah
I had work, fiends purchased, it was clear
I was out there sellin hope for despair, but stop there
I swear, I only make good from my mouth to God’s ears
Had to get out the hood
And I can’t justify genocide
But I was born in the city where the skinny niggaz die
Born in the city where the skinny niggaz ride And as a skinny nigga I had beef with high size”

Of course, it wouldn’t be like Shawn Carter to release an album and not talk about his foes and detractors. On the excellent Kanye West produced song “Some People Hate,” Jay-Z gets into exactly the things that frustrate him the most about being a successful rapper:

“I guess I’m what niggaz wanna be and shit
Or niggaz just bored, wanna be in shit
‘Fore they get to rappin, start believin it
Think they Ali and shit
I roll with the punches so I survive
I bob and weave, move my feet from side to side
I’m back, stronger than ever, surprise surprise
They try to take me out the game, but I’s alive
It’s like a old negro spiritual, but I mastered Tobey
With a splash of Monster Kody, shoot faster than Kobe, nigga
You bastards know me, the one and only
Big homey from the Roc, I think you pastors lonely
You need Jesus in your life..”

It’s well known Jay-Z can spit a variety of topics, from the streets to his personal life to music that’s designed to make you straight up bounce and party. What’s surprising about “The Blueprint 2” is that the one thing Jigga has innovated is his FLOWS. Not satisfied with just being known as the new King of New York, Jay-Z plays with his breath control, flow and his timing to surprise the listeners with his ability to paint in entirely new ways over the very same canvas. On disc one’s “The Watcher 2” by Dr. Dre featuring Truth Hurts and Rakim, Hova suddenly switches up from his trademark flow to the kind of rapid fire spit he hasn’t hit since “The Originators”:

“I blew breath for you midgets, I gave life to the game
It’s only right I got the right to be king
Niggaz that got life really like what I sing
Cause they know is he really like, niggaz feel my pain
Know the shit I DON’T write be the illest shit that’s ever been recited in the game word to the hyphen in my NAME!
J, A, Y, DASH, Hoffa
The past present nigga the future, proper
The holy trinity of hip-hop is us”

To give credit where it’s due though, the success of this track is at least as much to do with the cameos; not to mention a hype re- working of the original by Dre with a definite James Bond flair. Of course, these days it wouldn’t be a Jay-Z album without at least one track produced by Timbaland that sounds poised to blow up in a big way, and disc two features it with “2 Many Hoes.” The song’s title may mislead you though; because it’s not strictly about the better half. In fact, this song has more in common with Kool G. Rap’s classic “Operation CB,” as you’ll see from this quote:

“What you gay? Nigga Jay straight like indian hair
Y’all don’t want me to spray the semi in here
I mean if you a fan I consider you fam’
But shake a nigga hand, but shit god damn
All that (“Do you remember me dawg?”) Nah I’m drawin a blank
You got me feelin like a fish, in a fish tank
Just think, if you came to a club
Tryin to find a little hon for some one-night love
‘Stead you got another nigga all up in your mug
You make me uncomfortable thug, go thatta-way!
And kill the ice grill homes
Cause I keep enough heat to melt THAT away”

It’s that trademark mix of wit and playfulness that keeps the otherwise volumnious double disc “The Gift & the Curse” from becoming overbearing. That’s not to say there isn’t some occasional hit and miss material. The surprisingly smoothed out “Excuse Me Miss” by The Neptunes is definitely on hit, but the ill-conceived pairing of Shawn and Sean Paul on “What They Gonna Do” is definitely not hot. The straight up battle rapping of the title track “Blueprint 2” as produced by Young Guru will have the gossip mongerers like Wendy Williams talking, but the farting bassline and trash talking of the monotonous “Nigga Please” will leave people cold. Still, the really amazing part is that despite “The Curse” on rappers releasing large double albums, Jay-Z really has given us a “Gift” – twenty-five tracks, of which the majority DON’T suck. By sticking to what works and innovating from time to time, Jay keeps it poppin’ in a way that will keep him hoppin’ well beyond 2002.