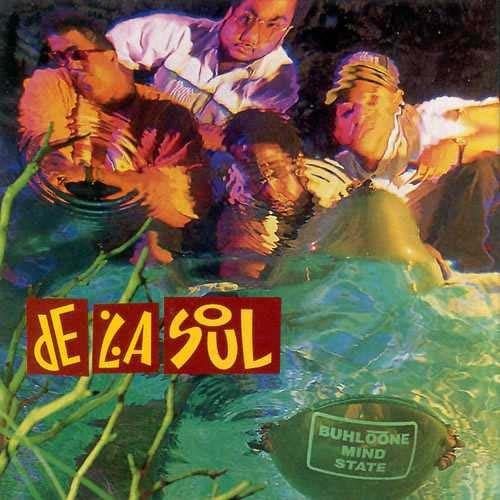 “Fuck being hard, Posdnuos is complicated”

With one bar Plug One Posdnuos perfectly encapsulated the mind state of his seminal group De La Soul on their criminally underrated third LP. The line, like the album as a whole and absolute product, was at its core a gigantic middle finger to all the bullshit that came with major label and music industry politics (making it in many ways a quintessential and path-making ‘underground’ release, despite its Tommy Boy backed distribution). But unlike the millions of backpackers nowadays who bitch and moan all day about the corporatization of the culture, De La wasn’t satisfied with simple pronouncements of good and bad; keeping the spirit of previous classics, they construct an overall tone so authentic and complete in its contradictions and purityâ€”in an instant both rebellious and scornful, weary and resilient, loyal and fiercely independentâ€”as to render making thought-provoking music the only thing that really mattered, revenue and popular sentiment be damned. At this point in their careers, they had experienced the fleeting fame and pigeon-holing that came from introducing a genuinely fresh sound on their debut, as well as the almost complete indifference exhibited by the larger public for the sardonic, brilliant and bitter artistic statement of their beguiling follow-up “De La Soul is Dead.” “Buhloone Mindstate,” then, is the group making music that it wants to make, no longer burdened with even the slightest urges to appease the suits by making a more mainstream(read: white)-friendly product. This is De La defiantly being brilliant in a society that rewards mediocrity. It is thus both a profound artistic statement and a profoundly dope record.

Lyrically, Trugoy and Pos retain their obsession with inside jokes, clever turns of phrase and witty double-speak. The flow has improved since the funky-but-silly debut, with almost every line cryptically hinting at double and triple meanings, and deeper symbologies. In addition, their voices more and more take on the jazzy inflections of scat masters to perfectly sell those coy rhyme couplets. The result is lyrics both instantly enjoyable and endlessly intriguing, delivered in voices skillfully used like instruments.

Sonically, the offering is even more amazing. Most people talk of fellow Native Tongues Tribe’s “Low End Theory” as the pinnacle of the Jazz-Rap genre (or perhaps Pete Rock’s work with CL, or even Com’s “Be” for all you shorties). But ask me, I’ll tell you its “Buhloone Mindstate,” where the instrumentals are not only heavily jazz-influenced (or downright jacked offa classic platters), they also interact and construct themselves in jazz’s technical and classic structures. It is music at turns supremely mellow, funky, boomin’, reverential or experimental (and frequently all at once). Here De La use their last major collaboe with the legendary and like-minded Prince Paul to make a seriously unbelievable sonic experience, both keeping their irreverent love for oddball noise while displaying an amazing musical growth. Whether it’s the refreshingly unexpected Maceo Parker sax solo on “I Be Blowin'” or the pure uncut dope old school breakbeat (with the Biz as hype man!) on the closer “Stone Age,” the production achieves that rare status of being just as satisfying on first listen as on 50th, and vice versa.

And get this: even the skits and snippets of dialogue are almost endlessly replayable and rewarding. Whether hilariously irreverent (check out “Dave Has a Problemâ€¦Seriously” for perhaps the most self-depreciating anti-thug exposure in Hip Hop history) or creatively thought-provoking (the posse/fam-packed “I Am I Be”â€”sample lines: “I am Q-tipâ€¦I be friction” and “I am Shortieâ€¦I be 4’11”), they are weaved into the musical template so as not to slow the sonic momentum or feel out of place. I dare you to name an album without even one wack skit released this year (bus stop Ghost, hold ya head).

So why even write about an album over 12 years old that never got too much attention even when it dropped? Point blank: I’d say there are at least 200 classic albums just from the 90s that I’d rather have on my desert island than most anything released this year. This is just one of them, and one of the best at that. I would have to go on for about 20 pages more to describe all of the little things that make this such a rewarding piece of Hip Hop, from the joyfully absurd shout-outs that end “Eye Patch” to the guest appearances that all compliment rather than consume the tracks they highlight (including the mighty Guru, Japanese rappers SDP and Takagi Kan, and the afore-mentioned Maceo Parker and Biz Markie). I you don’t have it, cop it now. If you already have it on the shelf, bring it down and play it tonight. Loudly. And keep playing it. Because music this dense only gets better with familiarity, and we need to be reminded now more than ever that complexity, exceptionality and brilliance are desirable traits for a Hip Hop record. We need to get back to a culture where the mantra “it might blow up but it won’t go pop” is the artistic statement of choice, rather than “get rich or die tryin’.” More than anything, we need to get back to (or rather create) a system that rewards rather than discourages genius.