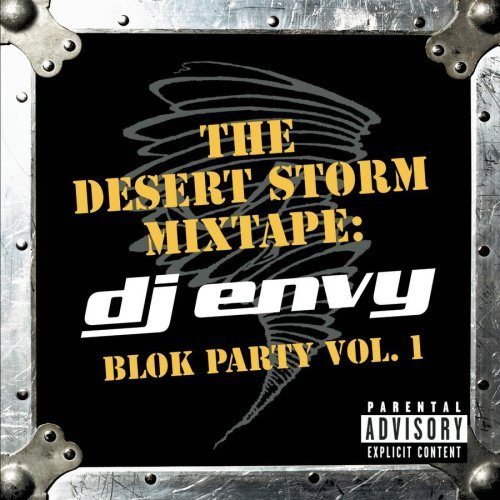 Apparently, a few exclusives from Jay-Z, Redman, DMX and Murphy Lee are supposed to sell this album. These are good tracks, but they only make me want to hear their albums instead, so I don’t have to listen to Envy blathering over their mix. Apparently, these mixtape DJ’s still haven’t learned nobody gives a fuck what their name is over and over during a song. Apparently Foxy Brown thinks we’re better served wasting three out of four minutes on her song listening to Loon, Coke and XO. Apparently, she thinks squeaking that she’s too “ILL” in a high pitched voice is a good gimmick, when it’s really annoying.

Apparently, this review has an annoying gimmick too. If the reason isn’t apparent by now, the explanation is that like the beats on a DJ Envy mix tape, it’s repetitive. Apparently Envy thinks he’s the right man to supply beats for people like Juvenile & Petey Pablo – but he’s no Mannie Fresh or Timbaland. Apparently, Clue is no Irv Gotti either on Ja Rule’s “We Fly.” Apparently, nobody involved told either one we’re not interested in hearing 3LW on a hip-hop mixtape, even though “Can I Talk 2 U” was included. Apparently, Stephon Marbury thinks we want to hear him talk shit for forty seconds as well.

Apparently, if you make the mistake of buying this album, you enjoy mediocrity. Apparently I need to take this back to the store, or else I do too. Apparently, there’s no need for a “Blok Party Vol. 2” – I think we can all agree ONE was enough.