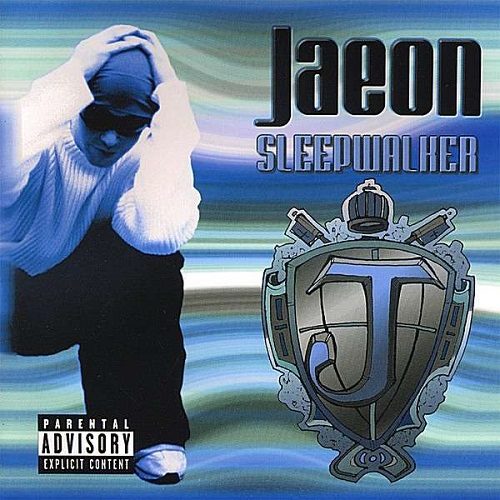 Independently released solo CD’s are dime a dozen in today’s rap world. On average, 4 out of 10 are so bad you wouldn’t keep them if they were free. 3 out of 10 are decent enough that you know that they have some creative talent and artistic vision. 2 out of 10 are good enough you might expect to hear them on college radio in an underground rap mix, and the other 1 is so mind-blowing that you wonder why your friends aren’t talking about it too – you may even wonder if you’re the only one who has been let in on the secret.

Jaeon’s album falls into all of the categories but the first. One glaring problem gets in the way of Jaeon moving up to the tenth percentile though – he sounds like the underground rap equivalent of John Cena. For those that don’t know him, Cena is the resident white rap wannabe of World Wrestling Entertainment. When he comes out to the ring, he rhymes about the many ways he’s going to brutalize his opponent while talking smack about how ugly they are and occasionally mentioning his degree in “thug-a-nomics.” Thankfully just because Jaeon sounds a little like him, that doesn’t mean he writes his rhymes like him. In fact the title track is a good story-telling rap with an amusing background beat that draws you into Jae’s story:

“I’m all twisted, from the night before
I opened my eyes, like – damn, I’m not sure where I’m at
A small room that looks like a telly
And I can’t find my wallet, my keys or my celly
All I got in sight is a light and a packed pipe
And I can’t remember what the fuck I did last night
That’s right – first we all grubbed up in the spot
But did I tear the club up with all my people or not?
Yo fuckit, I’ll bounce to the hallway and pounce
on the first bellhop, and ask him how the fuck I get out
He said, ‘That’s funny, I was just thinkin the same thing
But once you’re in the game be careful what the fame brings
It’s really easy to get lost, and caught up in the life
But if you lose your sight boss, just look to the light’
I’m like – right, check it, I’m just tryin to find an exit
But y’all up in my grill spoutin off about some next shit
[…]
I walk out front, I stop and look up
I see the name of the telly ‘Hotel Hip-Hop’ – what the fuck?”

Better than average rhyme-writing works to Jaeon’s advantage. A group of producers that are better than average work too. SuperClay’s drums on “Fast Lane” are a little simplistic, but the overall effect is folksy funk Afroman could rap over. IllMind’s “Last Laugh” has enough deep boom bap to sound like a prototype Dr. Dre beat. Dor’s “007” is symphonic but understated enough to give Jaeon/James Bond enough room to blaze the cut. These three alternate throughout the album in a largely successful fashion, and out of them all IllMind’s tracks stick the most. “Daybreak” and “The Poet’s Theme” are among the album’s best tracks, lyrically and musically.

A few misses can be found though – SuperClay’s “I Know” is technically sound but the mix of beats and vocals is muddy. Dor’s imitation “Rocky” beat for “On My Way” should have been checked at the door. Someone should have told Jaeon that “Here We Go” is just a little TOO similar to Slim Shady all around. “Like That” features a whole slew of guest stars that are uninteresting, and a beat that’s more P. Diddy/B2K than underground hip-hop. On the whole, “Sleepwalker” shows an indie rapper with potential – a rapper who unabashedly admits he’s not a thug yet sounds a little more streetwise than an MC who had his nose buried in books 24/7/365. With some more polish and the same level of writing, the Villanova student may also find himself a graduate of Hip-Hop 101.