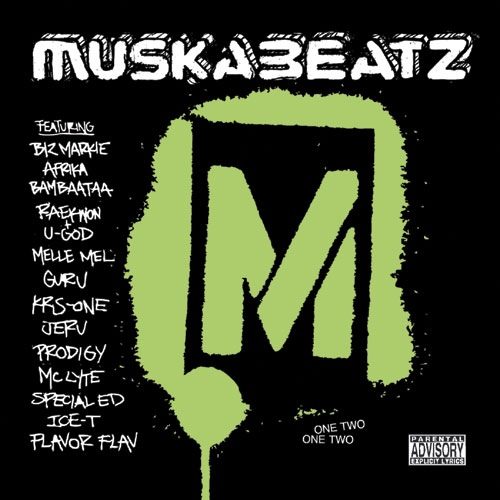 Chad Muska. Not exactly a name that rolls off the tongue. In fact, you might even choke on it. And a lot of you are probably staring at this review right now thinking, “Just who in the BLUE HELL is Chad Muska?”

Skaters and gamers know Chad Muska. If you’re a hip-hop head who thinks that doing a heelflip and a nosegrab is as cool as copping the latest Wu-Tang CD you’d be one of the former. If you’re a fan of the “Tony Hawk’s Pro Skater” series from Activision the series you’d be one of the latter; possibly even both. Not many skaters wear their affiliation with rap music as loudly as Muska does, and some in the rough’n’tumble skater world seem non too accepting. Despite being the pre-eminent Las Vegas boarder and 1999’s TransWorld Street Skater of the year, many of the websites I found on a simple Google Search existed simply to mock Chad at great length. Not only does he have an Anti-Chad Webpage, one mocking bio of him reads: “Influences? Leprechauns. Wigger? Yes.”

Like the true hip-hop head he is though, The Muska’s attitude is “fuck the haters.” After all, how many rappers do you know that would get down with tracks created by a skateboarder for a compilation album? These are not no-name MC’s either. Guru, Ice-T, MC Lyte, Flavor Flav, Jeru the Damaja and Raekwon the Chef are just a few of the many to appear on this release. Speaking of the latter, he opens the album over an oriental track that would make RZA himself proud:

“Aiyyo take you back far nigga, go get the ganja
Pass me the wine, I do it on time
New style worthwhile young child, get wild
Can I live foul before I give you a smile
Do best, smoke sess, just rest, I confess
This style came stacked like packs of Guinness Wait hesitate, watch the shit sound great
Then debate, make a tape so now y’all all had a plate”

Even if your expectations were low about what kind of album someone who spends his time planting face in concrete would make, you would have to be impressed by hearing this album. Chad and 1212 Record’s Dave Roen fashioned a studio out of a hotel room at the SoHo Grand, and rap luminaries poured in the door to drop some rhymes. That’s crazy respect. Maybe the elitists in the skate world have missed out on the fact that the cool of being different was what propelled skateboarding from subculture to mainstream popularity in the first place. Muska dares to be different even among those who dare to be different, and even the Blastmaster KRS-One has to give him props for that:

“And matter of fact, these rappers rappin be wack
I’m jappin slappin ’em back, with black actual facts
That’s natural Jack, I read a factual map
And speed attack from the back, klak clackity klak!
They train is off of the track, and not on-ly that
I slap the phonies in fact, I make the money in stacks
I ride ponies and macs, I’m showin and flowin no act
Just get.. off.. of.. your..
Ass-assinations, tricky situations
Muska, musta lived around hustlers
Under, no wonder, a beat hunter.. outguns ya!”

Don’t mistake “better than expected” for “flawless victory” though. His track with Afrika Bambaataa is surprisingly un-hip, and so is the one for Grandmaster Melle Mel. Considering many new jack rap heads are as unaware of who these pioneers are as there are hip-hop heads who don’t know Bob Burnquist, it’s a shame they weren’t laced with the kind of impressive beats that would bring old school to a new generation. Still you can’t argue with the slap funk Guru raps over (when’s that new GangStarr album coming out), the pounding bass for Biz Markie to be “superb like Goldberg” and “iller than Godzilla” on, and Special Ed’s updated 2003 flow is suprisingly crisp on Muska’s track:

“I bring it to you like Bush Sr. and Jr.
Cause you payin with these bombs I’ma bring to ya
I’m tellin you foe, I ain’t tryin to sing to ya
This is serious business, clearly we in this forever
[…]
Wild kids, we light it up on Amtrak
Stand back – we the reason why they banned rap
Meanwhile, on the street kids freestyle
I’ma rhyme ’til I’m senile
Yet, this is somethin I could never forget
We make money like the Federal Mint”

There are only three reasons hip-hop heads might be dissapointed with this album. The first is that there are a lack of current “hot on the streets” rappers in this mix like 50 Cent, Jin and Royce Da 5’9″; artists who would seem to be natural for a cutting edge compilation which is more or less a MuskaBeatz mixtape. The second is that while Muska definitely has skills on the mix comparable to his skills on the board (or vice versa), he’s still hit or miss at times. Muska himself like to ride while carrying a boombox blasting hip-hop, but you have to imagine at times even he would choose something hotter than this to play. Last but not least the natural audience for this album might be put off that it’s for sale in skate shops only, starting February 11th. On the other hand, you might have fun bumrushing their set. How many skaters who call Muska a wigger on the ‘net are gonna have the balls to talk shit with 20 b-boys waiting in line to cop his debut CD? Let’s see. “MuskaBeatz” is one to grow on; a good start with the promise of more to come from a skater who values two turntables and a mic as much as a vertical halfpipe.