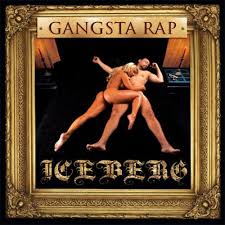 “This ain’t R&B, This is gangsta rap
Bitches get smacked, bustas get jacked
Front if you want, you get laid on your back
It’s about guns and drugs, and hoes and clubs”

Coming out of almost any other rapper’s mouth those words would most likely get an eye roll and finger on the skip button, but Ice-T isn’t just any other rapper. See regardless of what these young kids get fed about the history of gangsta rap by a rapper that will remain unnamed, Ice-T was the true originator of gangsta, regardless of what coast you look at. His career has spanned close to three full decades, though he is only now releasing his 8th album. With that said, I’m sure many of you are skeptical at what a 48 year old rapper has to offer to a fan base that on average can’t legally drink or smoke. Well Ice-T said it best in a recent interview:

PREACH! See Ice-T has hit the nail on the head, at least with this Hip-Hop fan. While “Gangsta Rap” may not break new ground, in an era where rap fans are almost force fed the same tired clichÃ©s I’d much rather hear them coming from an O.G..

The title track opens things up and finds Ice-T paying a fitting tribute to all the gangsta rappers who have come since him. The track also puts you at ease if you, like me, have at times found Ice’s flow a bit slow and awkward and were wondering how the vet would sound amidst so many young, fierce rappers. By the way, the pounding beat was produced by Granddaddy IU â€“ Yes, you read that right. Next up Ice-T drops a feel-good anthem that is easily my favorite track from the album. Mad Rome pairs a strong horn line with jazzy piano hits and Ice-T spits game about dope rides on “Ridin’ Low”:

“You can’t see me, you can’t touch me â€“ don’t bother
I bust nuts back in the eighties, probably your father
Everything I ride is low, dropped to the ground
Ask your bitch about me, tightest nigga in town
I park treys in my front yard, ridin the grass
Light up your whole block, drop the ass
I pressure gates, fool, convertible roof
Nowadays, catch me in that Bentley coup
I love looking out my tint, at you haters on the curb
Punk ass. Get your weight up, get some crack and serve
I might swerve into another lane, fucking with my Navi
Cops can’t pull me over, cause I never touched the Cavi
Iceberg, I roll rims through the suburbs
You hear shots, that’s Feddi and Watts
Straight pimpin, baby. Play the whole bubble for real
Y’all simpin, while I’m twisting on my GT wheels”

I know you might be thinking, didn’t Lil’ GotIce spit a similar verse on the Pimped Out Gangsta Clicc album? Probably. But would Lil’ GotIce stand up for his rights and challenge cops and politicians across America if faced with that situation? Probably not.

“Gangsta Rap” is true embodiment of the genre precisely because it epitomizes the subject matter associated with gangsta rap and because the artist has the most cred of any gangsta rapper, ever. On the block the O.G. gets respect and attention, no matter how long it’s been since he’s been bangin’. See you don’t get O.G. status without proving yourself, having experience, and most importantly surviving the game. So even if a hotshot young gun is talking and walking a big game, as an aspiring gangsta your best bet is to listen to the man who’s made it well past the age of 24. Of course, an O.G. also has to share that experience for you to benefit from him and Ice-T also does that. On “New Life” he calls out those who pose in the rap game, and hits hard with lines like “you act like a gangsta, but ain’t got the heart to be one, I act, so I know an actor when I see one.’ “Dear God Can You Hear Me” finds Ice-T at his best with a renewed flow and insight into the mind of a gangsta:

“I spend my life between the light blue lines of loose-leafs
Split my time between impressionable minds and true beef
Spend my days up, nights up, it’s too hard to sleep
Look at my face, it’s not the one of someone at peace
I carry guns and I don’t need to
But my mind’s so fucked
I see assassins coming out of the rough
I keep my doors locked, windows shut
Js up, four pound
Waiting on some satans who may think if invading
When I do sleep I dream about pain and unrest
About gunfights, and dum dums exploding my chest
I see my boys that have died, sitting with me again
When I wake, I realize that I lost most of my friends
Will my past come back to get me?
Will those niggas that I shot come back to wet me?
I’m paranoid, it ain’t easy when your lifestyle is grimy and greasy
I’m trying to make peace with the karma of drama
God please believe me”

This is where benefit of Ice-T’s age is on full display as he expresses a side of the game that most rappers have never had the chance to experience, mainly the psychological effect of living a gangbangin’ lifestyle even after you move on.

I could go on and on about how dope “Gangsta Rap” is. Ice-T navigates between straight gangsta tracks and O.G. insight seamlessly throughout. He even shouts out his wife on “Walking in the Rain” and explains why a man who once said he would never get married decided to tie the knot. I was actually skeptical upon picking this up, thinking I’d at least support my favorite actor on “Law & Order: SVU.” But time and time again Ice-T pleasantly surprised me. The production is top notch. Ice-T is in top form. The subject matter also rises above the status quo. Overall, as should be the case, Ice-T blesses all the B.G.s who choose to tune in with the insight, guidance, and realness that only an O.G. could provide.