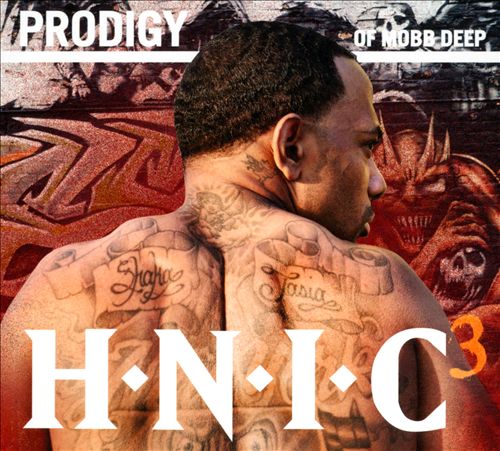 The original “H.N.I.C.” was the product of a nurturing environment. Released at the height of New York’s rap dominance, a time when Gotham rappers dominated airwaves well beyond Hot 97’s range and album sales enjoyed a pre-iTunes crest, it was quite indicative of the scene’s marketability that a solo album from Mobb Deep, by no means a household name, could reach gold sales in a month. A year after 1999’s “Murda Muzik” scaled the charts, Bandana P enlisted the support of an almost entirely Queensbridge-bred cast of MCs, solicited beats from the Alchemist, Rockwilder, Just Blaze, Ric Rude, Bink, and old pal Havoc, and enjoyed the fruits of the boroughs’ widespread well-being with a commercial and critical success.

On the classic Mobb Deep records, P endeared himself to untold millions with bleak street narratives that neither glorified nor condemned his wicked ways, balancing a keen, observant eye with inward-looking reflection to speculate as to what it might all mean. Young Prodigy stopped short of both celebration and despairing, and I can’t help but feel that his older self struggles with the same conundrum, now the veteran of a rap game in which his artistic renderings of the lifestyle provided him a comfortable living but also exposed him as his personal life publicly deteriorated. Things looked bad when a vengeful Jay-Z projected a childhood ballet photo for a sold out Giants Stadium at 2001’s Summer Jam, but that proved the tip of the iceberg as a struggling Mobb Deep signed for an ill-fated stint at G-Unit, the end of which roughly corresponded with a lengthy prison bid for the sickle-cell anemic. That P titled his latest solo offering “H.N.I.C. 3” more than six years after the last Mobb Deep LP is equally comical and depressing in that nobody considers him the Head Nigga In Charge anymore.

“H.N.I.C. 3” closely resembles the recent batch of Prodigy albums spanning 2007’s “Return of the Mac” through last year’s “The Ellsworth Bumpy Johnson EP”: Alchemist and Sid Roams provide a few beats, with assorted contributions from Ty Fyffe, Young L, and S.C. among others, comprising a minimalist sound composed largely of tinny, gritty soul and funk samples and winding, dusty violins. Although the producers are relatively big names, they fail to supply anything even approaching their best work, which is a shame because P could use the help. His frequent recycling of classic rap and R&B hooks indicates laziness, and his lyrics are a snoozefest. Check the intolerably irritating “Make It Hot”:

“Best nigga spittin’, P how you livin’
Couldn’t be better, you could say it’s Thanksgivin’
Yeah, my coke ’bout to drop, the hood go’n cop
The streets goin’ crazy for that new Mobb, ah
Sat up in the box, that’s where I got strong at
Came back home took the ice off the watch
[…]
When your bitch is the baddest bitch, how could you not
Feel like you’re Dom Perignon in the spot”

Unfortunately, “Make It Hot” isn’t the only song that plays like a Young Money throwaway. “Get Money” is plain awful, with a simplistic excuse for a beat and horrific guest verse from a Drake impersonator named Boogz Boogetz.

There are a number of smooth tracks aimed at the female set throughout “H.N.I.C. 3,” always a tough sell for Prodigy given his definitively rough demeanor. Day26’s Willie Taylor guests on the slow “My Angel,” followed by “Co-Pilot,” an uninspired and forgettable Wiz Khalifa duet. When Mobb Deep first started recording love songs on “Infamy” it was a bit awkward for the sheer griminess of the duo, but nowadays it’s even more forced, because let’s be honest, there aren’t a whole lot of women buying Prodigy records in 2012. The best is the second Esther duet “Gangsta Love,” which is reminiscent of an old Murder Inc. track, mostly for the songstress’s vocal similarity with Ashanti and the Irv Gotti-like production.

At age 37, P reasonably sounds grizzled, a little tired, and a bit jaded. The lethargic flow he’s sported of late appears in droves here, and it does his monotone voice no favors. Even decent tracks, like “Life Is What You Make It” and the sole Havoc collaboration “Who You Bullshittin'” are drawn down by the dearth of energy. He’s more successful on “Skull & Bones,” an upbeat Beat Butcha production, and the odd but oddly likable “Smack That Bitch.”

While the music is consistent and fairly unique in its murkiness, it’s not particularly compelling and is a tad stale. It sounds somewhat unfinished, and at 72 minutes there’s way too much of it. “Live,” one of the better tracks, still feels off musically, and the sparkly “Award Show Life” rings hollowâ€”what was the last award show P got invited to, let alone one where he was “front row next to Bieber”? The closing T.I. duet “What’s Happening” is clean but unimpressive as P touts his singularity in the bedroom.

Prodigy’s career is quite analogous to Kurupt’s. Both considered the lyrical, non-producing halves of their respective coasts’ iconic duos, their music visibly degenerated as they increased their output and hooked up with their partners-in-rhyme less frequently, instead opting for low-budget, low-quality solo records. “H.N.I.C. 3” is a significant misstep for the legend.