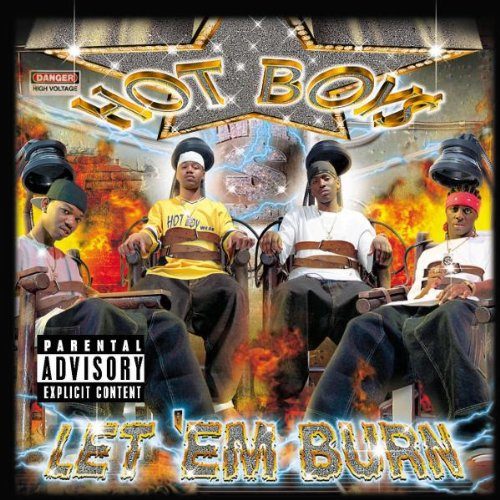 This album may come as something of a suprise to Cash Money fans. Lately, the label has seemed to be struggling with the departure of B.G. and Juvenile from the label, relying heavily on the Big Tymers to carry the weight of the roster. Anybody who knows their history realizes Baby and Mannie Fresh never intended to be rappers in the first place, since the latter is the producer behind all their hits and the former runs things at the label day to day. The plan all along was to have the rappers in the Hot Boys be the stars out front, solo and collectively. This plan worked beautifully, as Juvenile lead the way for the clique with crossover hits like “Back That Ass Up” and “From Her Momma” while underground stars like Lil’ Wayne and Turk built on that strength and Mannie’s beats to push hundreds of thousands of units on their own releases.

Initially I suspected that the label might have tried to reform the Hot Boys with a new roster of rappers to fill out the holes, but surprisingly the entire original crew including Juvenile (who has very publicically criticized Baby and Mannie as thieves) are all represented here. This album creates more questions than it answers: did the foursome record all these songs before they went their seperate ways, with Baby and Mannie sitting on the material until just the right time to push it to the public? Or did skillful behind-the-scenes negotiations bring everybody back into the studio to give it another go? Either way, why has the return of such a major Southern rap group been met with so little fanfare and promotion? Trying to resolve these issues is ultimately futile, so it’s best just to stick to the music and see if the Boys are still Hot.

The Hot Boys got the most important thing correct right off the bat, and that’s having Mannie Fresh do the entire production from start to finish on seventeen tight tracks. His magic in mixing was sorely missing from a lot of Baby’s solo album, but they didn’t make that mistake twice. He’s all up in this one, and that results in songs you can immediately expect to rattle ya rims, bob ya head, and get ya ass off the wall at the club. “Stick & Move” has instrumentation that brings orchestral organization to pounding beat. “Spin Tha Bend” is all about the funky bassline that draws the listener in, followed by a wordless chorus that gives you just enough time to reflect before another Hot Boy hits a verse. “Do Whatcha Do” is playfully anthemic, with bragging that may be rote but a beat that’s light and refreshing. “Gangsta Nigga” fires off drum shots in it’s opening like a semi- auto, and the track that follows sticks to that theme it it’s quick hard delivery. In fact, it’s hard to find a bad track, from the intense “3 Strikes” to the ominous “Off Wit Ya Head.” Mannie could pour syrup on shit and make you believe it’s really pancakes.

Quite frankly, this reviewer is still stunned to hear Juvenile back together with Mannie again – that combination would be worth the price of admission alone. Easily the most charismatic and widely copied artists to come up out the Magnolia Projects, Juve’s crisp delivery, hint of humor, and passionate truthfulness in his words has always made him a standout in a world filled with lackluster rappers. His verse on the appropriately named “Introduction” of this album will undoubtedly have Hot Boys and Juvenile fans alike wide open. Even though B.G.’s verse before it is no slouch, Juve steals the show:

“Boss – you wouldn’t believe what happened to me
Last night I got hit for a package of ki’s
Who was it? Man I don’t know, some cats
They kicked in my do’, shot my wife in the back
And you think them motherfuckers woulda left it at that?
They beat me on my head ’til I said where it’s at
Off cat, we go out in the streets, then we get the word
We hit up anybody that we think sellin them birds
‘Them fuckin moolignanis don’t want no war’
C4 ’em down, let ’em burn in the car
Me not worried about no witness, cause dem won’t see
anything linkin up to me
Boss, come to find out it was Red and Black
Them connivin motherfuckers gotta pay for that
‘I tell you what I gonna do, burn dem cock-a-roaches’
And payment for the cops in case they wanna approach us”

“My Section” is probably the best showcase track of the group though. The tradeoff of Lil’ Wayne and Juvenile on “My Section” line for line through the first verse builds buzz, with B.G. and Turk trading off in the second and all four members swapping words in the third. Juvenile’s sung hook may give people the ghost of better times past for Cash Money; unless this album is actually a harbinger of better things to come for the label. Now overstand, I’m not about to claim that what the Hot Boys rap about is edutainment for the masses. This is thug music – they hustle, they grind, and when they get that floss they like to shine. Any lesser group of rappers talking about the same group of topics with any lesser producer would be a waste of your time and money. Individually, all of the members save Juvenile are problematic as solo MC’s, unable to carry an entire album on their own as their flows and topics become monotonous. As members of a group though, the Hot Boys compliment each other and provide enough diversity verse to verse to keep what would any other way be banal fresh and interesting. Combined with Mannie on the boards and the end result is that these Boys truly are Hot. This album is not a sleeper, it’s a keeper. If you hadn’t checked out any of their releases before now, this one is a good place to start.