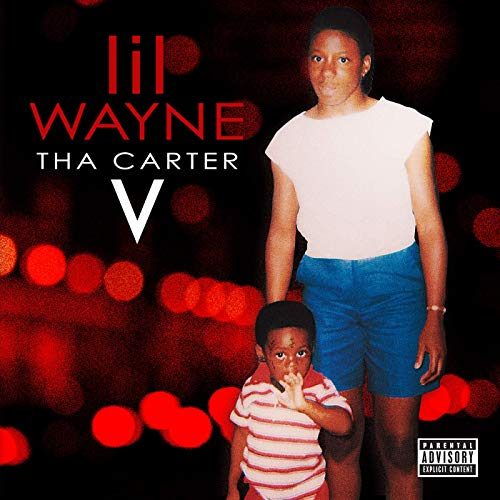 I know this one is overdue. “Sorry 4 the Wait” y’all? I’m playin’. We went through a lot of things around here back when “Tha Carter V” dropped including redesigning the entire website. Now that RR is up to par it’s easier to get caught up on the backlog of hip-hop albums. Realistically there’s no way to ever be 100% caught up given just how much drops every week between mixtapes, retail albums and everything in between, but something as significant as a Lil Wayne “Carter” album just can’t be skipped over.

For what it’s worth Dwayne Michael Carter Jr. has been through some things too. He’s had a lot of health problems including multiple seizures that have led fans and media to speculate about his use/abuse of syrup. A long standing legal battle between Wayne and Cash Money Records mogul Baby/Birdman ended in a settlement that released him from the label. We won’t even get into the numerous other beefs he’s had with people in the long span since “Tha Carter IV” back in 2011. The fact he finally got to release “Tha Carter V” his way through Young Money/Republic/Universal had to feel like a huge victory after so much drama. Unfortunately the release came too late for XXXTENTACION to pop champagne with Wayne. Wayne still released their duet “Don’t Cry” as a single and presumably the royalties are going to his estate, though I’m not privy to that information.

“Tha Carter V” is a MASSIVE album. It clocks in at almost 88 minutes long WITHOUT the bonus tracks. For a release over seven years in the making that’s certainly justified, but it also goes to show how digital distribution has become the standard for music during that time span. Back in the day you would have either had to cut that s**t down to under 74 minutes or release a double album with two CDs to fit everything in. Those concerns don’t exist in a world where fewer and fewer people buy physical albums. For me personally it feels like life has come full circle. As a pre-teen I used to have to buy albums from Target and Walmart because they were the only place to find them with no car and no knowledge of indie record stores. Now I’m right back where I started because indie stores keep closing and major chains like Best Buy keep liquidating their existing stock. Sometimes the only place you can find a physical album IS Walmart or Target.

Back to “Tha Carter V” though. In many ways even though this album was so long in coming and it’s so massive in length, it’s exactly what I expected it to be. You have the bouncy collaboration with Swizz Beatz on “Uproar” as seen above. The usual suspects for big name collaborations are here save perhaps for his fellow “Carter” Jay-Z. Snoop Dogg appears on “Dope Niggaz”, Nicki Minaj is on “Dark Side of the Moon,” Ashanti and Mack Maine appear on the Mannie Fresh laced “Start This S**t Off Right” and the biggest one of all may be the Kendrick Lamar x Lil Wayne smash hit “Mona Lisa”.

I usually look for stylistic changes on Weezy albums. Having followed his career since the late 1990’s, there have been no shortage of them in a two decade span. He’s become more prone to sing on his tracks, he’s become more of a storyteller in the construction of his lyrics, and he’s become more introspective about the meaning of what he does. “I’m a demon by demand” quips Carter on “Demons”, seemingly acknowledging that much of his brag and swag is just a show he puts on because it’s what the audience expects. Thanks to a Cool & Dre beat this message sounds reflective instead of coming across as an attack on his listeners. He goes a step further on the next song: “My days is a mess, my nights is a mess, my life is a mess” croons Wayne on an Infamous beat. The thing about Weezy is that he seems to both admonish and celebrate his “Mess” at the same time.

That’s exactly what makes Dwayne Carter an interesting artist though. It feels as though he embodies the cliche of the “tortured artist” where no amount of fame, money or success can make him TRULY happy. A Wayne album ends up feeling like a vlog from a famous celebrity, one where you’re both entertained by the drama and slightly ashamed of yourself for enjoying how off the rails their life is. Perhaps it’s also a cliche of a reviewer to over-analyze songs like “Problems” that are only meant for entertainment, but at times it feels like Wayne is pouring his heart into the pages of his lyric sheets and wondering if it’s all worth it.

It could be that Lil Wayne only meant to put a pop culture reference into “Problems” with no deeper meaning. I prefer to believe that he at times doesn’t know whether his life is really real or The Matrix, and that’s with or without the numerous amounts of mollys and percocets he seemingly uses based on his bars. Even if he only smoked weed and drank syrup there’s no doubt he’d have an altered mindstate that would lead him to question the nature of reality and even his own perception of events. It’s hard to give a ringing endorsement to purposefully confusing yourself to the point of having an existential crisis, BUT for Wayne it tends to lead to good music. While a few songs miss the mark (surprisingly the DJ Mustard produced “Open Safe” is one) it’s safe to say “Tha Carter V” was worth the wait. In scope and in volume it actually OVER delivers on all of Wayne’s promises.