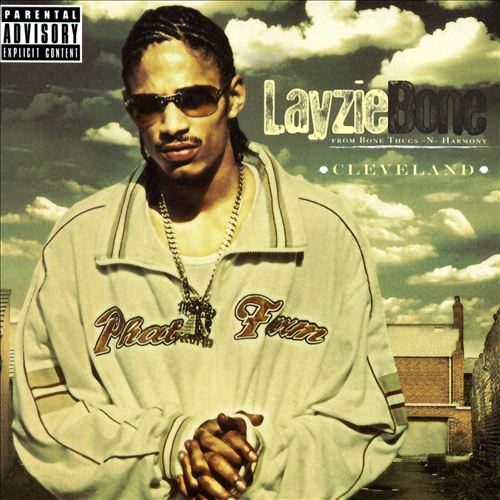 I finally took the plunge and killed two birds with one stone. The first bird was the purchase of another Bone solo. I reached a point earlier this decade when Bone group albums were no longer on my purchase list. I loved DJ U-Neek’s production and didn’t feel anything after that could suit the Thugs N Harmony. I peeped a few Bone solos back then and even followed some of Bizzy’s work, but I reached a point where I ignored those as well. Bizzy started the downward spiral as he started releasing album after album. I assume his tenuous relationship with BTNH made him go elsewhere for sources of income. Eventually all the group members decided to flood the market with material. Since none of their solo careers took off, they decided to sell a lot of different albums to their hardcore fans. The other bird I killed was the purchase of an album from Siccness.net. Initially I was excited to see a website I once went to for news start putting out albums. It seemed pretty surreal and I commended them for their hustle. Their line up of albums looked very impressive as well. Then things started looking too impressive and they started releasing albums from rappers signed to other labels, rehashed mixtapes, and albums with no support from the actual artist. Though they lost all their credibility, I decided an album’s worth of Layzie Bone material was worth the risk.

The first thing I have to point out is that there is plenty of corniness to be found on “Cleveland.” BNTH were always known for their accessible harmonizing but they take it a little too far on a few tracks here. The most glaring example of this is on “The Recipe” where the producers took it upon themselves to sample “The Oompa Loompa Song” on the hook and in the beat. Seriously? Hip-Hop had enough Oompa love when Big Moe featured them on his “Purple World” video and here it just sounds corny. “All For You” is another track where the music is a little too sugary sweet for a self-proclaimed thug, even a Thug N Harmony. To his credit, Layzie isn’t slacking on these tracks, but the beats kill the potential. Once you remove those two tracks, the intro, and the outro the album portion of the CD is down to 8 tracks. The highlights include “Rain” where Layzie is joined by Felicia for a heartfelt song:

“I know there’s consequences
But how did you get this sentence
When you up against the system
And they ruling out repentance
Instead they causing distance
They got us hoping, wishing
That we can one day hold our loved ones again”

Of course the dopeness of this track is all but killed when you realize it was also featured on the “Thug By Nature” album. The track is different, but the beat and structure are extremely similar and the version featured on “Thug By Nature” wins this competition. “Po Po” is a darker more southern-influenced track and is decent for what it is. “Armed and Dangerous” is a tight cut in the traditional Bone style. Most of the songs end up being more southern-influenced numbers. As much as I love the south, the thumping club tracks don’t mesh with Layzie Bone as well as I wish they would. After the album officially ends with the “Outro” on track 12 we get 8 more songs. “Kick Rocks” has an interesting beat, but is far too short. Most of the rest feature Killa Klump and I must say that a better emcee would have made the songs much better.

“Cleveland” is a mixed bag of material. The tracklisting reveals some sort of shadiness on the part of the label. The album starts out with an intro, we get an outro in the middle of the 20 tracks, and then we get 8 more “bonus” tracks of varying quality. This really comes off as more of a Layzie Bone mixtape than an actual cohesive album. There is little flow on the CD and the Killa Klump guest spots just sound like a cheap attempt for Klump to cash in on his “affiliation” with Layzie Bone. Those bonus tracks also tend to be on the short end, with maybe one Layzie verse and the hook. Most likely they were uncompleted tracks finished by Siccness.net. Since it seems Bone gave up on reaching universal appeal on their solos, hardcore fans are the only ones really purchasing albums like “Cleveland.” Despite all my complaints and the shadiness, there is enough good Layzie Bone material on here for the fan to enjoy. None of it rises to the classic status of some of their previous work, but for the right price it certainly is not a purchase you will regret.