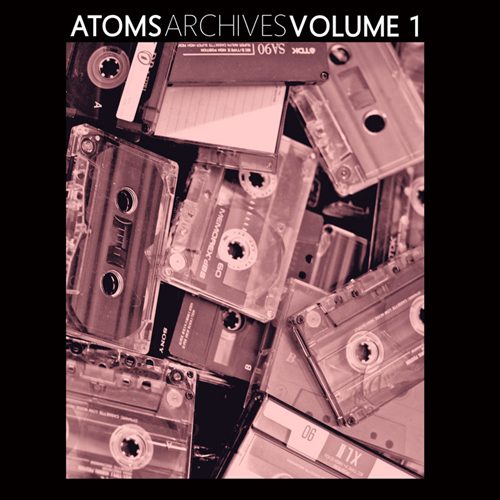 As one undertakes to pigeonhole the “Atoms Family Archives Volume 1” into a few phrases, his or her attempts will undoubtedly be suspended as efforts are deemed futile. Reason being, one word does not speak of the dark tale that is the Atoms Family. An excerpt from episode 83 of Japanimated series “Sailor Moon” aptly characterizes the shenanigans and tomfoolery of any of the members of the Atoms Family:

“In a dark laboratory in parts unknown lies a vast array of test tubes. Each one contains a pinkish liquid and what appears to be some simple organism. Within the same room is a scientist, holding one of the tubes over a Bunsen burner with tongs. His name is … The darkness conceals much of him, allowing only his glasses and his lab coat to be seen. He gives an evil chuckle as he works.”

The Atoms Family is an assemblage of ‘deranged scientists’ who like the protagonists of “Sailor Moon” engage in warfare against “evil forces” in efforts “to protect the earth.” Instead of using weapons such as a Space Sword and a Mercury Harp, members Cryptic, Cip-one, Vastaire & Vordul (Cannibal Ox), Alaska, Jestone and Windnbreeze use nouns, adjectives and proverbs to the effect that it allows them to “paint beautiful pictures with scriptures on a language canvas.” The LP clocks in at a hair under 78 minutes, and is a scrapbook of “never before heard songs from the crew’s past.” The disc is one half of two EPs wrapped together to form one full length release, the first released some time in 1996. Da Cryptic One handles the production on all 25 tracks, as well as the microphone on “da cryptic one,” among other cuts:

“It’s apparent to me my flows go over heads like transparencies
for projectors, metal detectors alert me to your attempts to enter the web sector
The organic morphing textures of the walls of my mind’s lazy eyes gaze
to the days and amazement at the amazing words that I’m raising, at extraordinary rates
I’m coordinating breaks and frozen mental places at stake, and metaphoric figure 8’s
[…]
I drop rains and lots of hot flames fed by 93 Octane unleaded fuel
I beheaded fools with tools lent to me by my surgeon friends
From the 23rd century, the intensity of heat felt, will melt foes
Instantaneously, intensity is ‘cross globe”

Da Cryptic One puts it better than any pigeon-holer can; true, most of the flows on this lyrical assortment will take a few listening sessions to fully grasp the visceral imagery. It’s worth all the effort, because this faction of subversive, avant-garde rhyme-spitters has some serious ‘pen predators’ as members. On the haunting, penultimate track before the freestyles, guest vocalist Delta offers this, with his Cockney flow:

“I ring rhymes like fabric, magical MC
tragic jewels get dropped from the tongue
of the well hung, in terms of scrotal vocalism
Localism, hip hop globalism
Vision of polyester, my style’ll rock Atoms Family/Addams Family
Member like Fester, check it represent it off of the head
Spread like my hair when I get it freshly shaved
I crave hip-hop till I be in my grave
Save, enslaved to the pine box
My rhyme knocks on your door
Let me in, I climb up the stairs
And I be up in ya attic, second story
My second story will bless ya territory
Out in Long Island, my bomb stylin
Now ya know, everytime I hyphenated my whole prose”

But not to be outdone with the top-of-the-head versin, the terrifyingly formidable half of Cannibal Ox, Vastaire, chimes in:

“The mic is stuck in my left hand like crazy glue
crazy horse, crazy force, and it better be with you
My master is Yoda, you crazy, taught you
The Obi Wan, the oldest son, the only one that
Blasts off, and takes flight like a falcon
Yo, I drop science in pigeon
Iron galaxies, surrounds me, fuck up ya division
Cannibal Ox, fucked up the position
Yo I’m freestylin’, I’m wildin’
You listening? It’ll cost nothing to pay attention
When I rhyme to your temples it cause tension
[…]
I’m inchin closer to the Sun
And I’m supposed ta, get darker
The melanin, the protein, fuckin up the scene
With the rhyme scheme, when the lyrics leave my mouth
They look like light beams
Yo, I think I’m outta this, I ask my sister why do you cry sis
In this crisis”

With a fully stocked stable of MCs, the Atoms Family is a crew composed of abstract lyricists characterized by superb breath control, vivid imaginations and more than adequate oratory skills. With tracks like “whichcraft,” “molecule” and “outer regions” the subject matter borders on the scientific, enigmatic and esoteric, although at times incomprehensible. You can’t fault the brothers though. Da Cryptic One’s distinguished sound is “moody” and “soul enveloping.” Agitated strings, despairing piano chords and pulsating drums blanket and camouflage the LP. The result is an EP full of tracks that explore “outer regions of reality.” With as large a family as this, there will be a few misunderstandings, as well as some annoying relatives. The second track “da webs minds” has a non-family guest, Molecule, doing his best “6th chemical element” copy of the blazing verse that Pharoahe spit on Stress: The Extinction Agenda’s “Bring it on.” It just sounds like he listened to that verse, and figured he could spit his words in the manner that Pharoahe did. Often imitated, but never duplicated. Another extract from this heavyweight compilation is presented by none other than the hit-maker, Da Cryptic One. Funnily enough, the hook to this cut is Pharoahe’s voice, sampled from the title track on banger Stress: The Extinction Agenda:

“I’m so sick, non-melodious flows get dipped quick to the cryptic liquid acetate, acid lake watch it as it breaks down microcosmic organisms electromagnetic mechanisms enable me to envision your central nervous system as it collapses, the rest of your body exposed to my lyricals convert your deformed physical form to gases my mind surpasses, there is no medical term for the chemical germ I’m dropping toxics, causing perpetual burns in ya optics Invisible tentacles swerve through your mental pocket Producing heat in your cranium”

As you give this a listen, I’m sure you’ll agree that at the beginning, it first may have seemed that this EP would go down in the first round; if we were judging an album by its cover. Atoms Family is notorious for their ill LP covers, and this compilation’s artwork is as bland as salt-less scrambled eggs. However, post-dropping this disc into the drive, it’s quite evident that there is more than meets the eye to this set of tracks. In the pantheon of great heavyweights, the “Atoms Family Archives Volume 1” is Vitali Klitschko. At first glance, you want to write him off, but when the bell goes off, you bear witness to the efficacy and value in his unorthodox style. Given the right type of promotion and polishing, the Atoms Family can one day be heavyweight champ of the rap world.