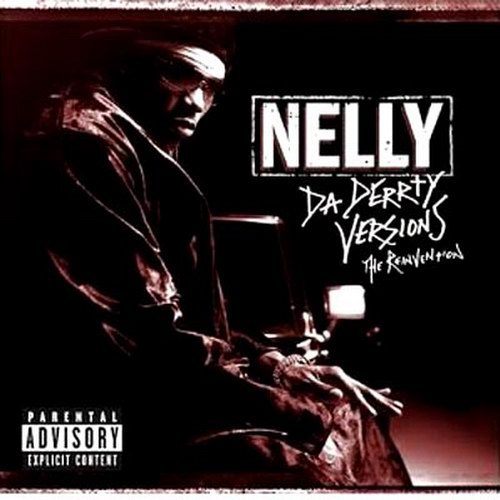 If you wanted a whole album of new Nelly songs, this ain’t it.

Don’t get it twisted, there’s nothing wrong with doing an album that remixes songs from your catalogue as an artist. In fact, it’s such a common excuse for artists to put out another release that Public Enemy mocked it over a decade ago with “Greatest Misses” – an album mixing new material with updated P.E. classics that ironically enough may be the most irrelevant release in their entire recorded history. If all of the new material had been stellar and all of the remixes upon the originals refreshing, it would have hit instead of missed, but for many it marked the end of Public Enemy’s reign at the top.

At the point P.E. released “Greatest Misses” though, they had already had a long and stellar career in hip-hop peaking with “Apocalypse ’91 – The Enemy Strikes Black.” Nelly’s career has thus far been stellar, but is relatively short by comparison. There’s enough material to draw from for updates, but it would take an inspirational act to make them better than they already were when he exploded onto the national scene straight out of St. Louis. And while this reviewer is as big an E-40 fan as they come, just tacking him onto “Country Grammar” while keeping the same beat and all of Nelly’s same raps in tact is no revelation. In fact, it sounds more like the kind of customized mix tape collaboration cooked up in the basement of wannabe DJ’s hustling ProTools creations via MP3’s and swap meets.

Some of the “Derrty Versions” fare better than others though. The updated “E.I.” is an example of how this album could have worked best – Nelly changes up his wordplay so that it’s familiar, but a little different, while David Banner’s brand new beat hammers the eardrums like nobody’s business. It’s really a new breath of life for one of hip-hop’s most overplayed songs of all time, and to be highly commended for it’s dopeness. “Ride Wit Me” is also an interesting revisit, although it has even less to do with it’s original version than the preceding track – it’s more like Nelly meets the Beach Boys (if they were from the hood, that is).

“Batter Up” on the other hand sounds very close to the original, keeping almost exactly the same pace and beat while updating the chorus a little and adding in extra MC’s not featured on the first take. In the process, it loses the sly coolness of mixing baseball and St. Louis with “The Jeffersons” the original had. Basement Beats doesn’t do justice to “Hot in Herre” either – they merely add a layer of unnecessary chord progressions over the effective dopeness of Jay E’s original work. It’s louder, but it’s not better. Someone needs to tell Jermaine Dupri that just adding his “c’mon” and “check it” to a track along with a few scratches and some bass doesn’t improve “Dilemma” either. Nelly and Kelly Rowland’s track should have been left alone.

There is some original material worth writing home about. Nelly’s “Iz U” raps over a loop of “People’s Court,” and while he’s not the first to do it he’s probably the first to successfully license it for a crossover hit. The song “If” was previously featured on the Neptunes release “Clones” but for Nelly fans who didn’t cop it just for that song, it’s inclusion here will be appreciated. “King’s Highway” is the kind of slow-rolling Nelly and Jay E collaboration fans of both have come to love, and the keen listener will recognize it as Nelly’s tribute to “Posse on Broadway” by Sir Mix-A-Lot. Some may not have heard Brian McKnight’s “Groovin’ Tonight” either, and it’s certainly worth it for Ali and Nelly’s cool verses on the co-produced cool track from Spud and Jay E. McKnight’s silvery vocals complete a real treat.

Still, there’s too many misses compared to the hits. David Banner’s magic missed the mark on his hard rock reinterpretation of “Air Force Ones.” Adding Postaboy to “#1” may make New York mixtape fans happy, but it really does nothing for this writer. Most of all, was a second revisit to “E.I.” necessary after the first one? It must be, because a “Tipdrill Remix” is the album’s closer. While some of these ideas were ripe for exploration, like adding Ron Isley to “Pimp Juice,” others just seem like a waste of time and money – something no Nelly album has been to date. At seventy- seven minutes long, the best thing you can say about listening to “Da Derrty Versions” of Nelly’s hits is that it sho’ kills a lot of time. If the original songs on this album become available on iTunes, they could go gold individually while the rest of this album knocks double wood.