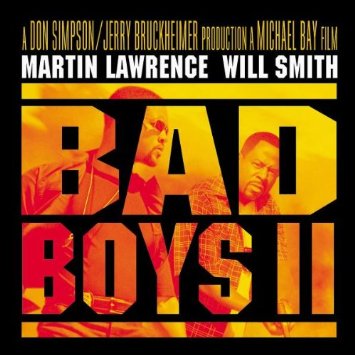 The movie hits theaters July 18th. The soundtrack arrived in stores July 15th. Coincidence? Absolutely not. In the minds of marketing directors, this is exactly the kind of cross-promotional bliss they seek on the road to sales nirvana. The songs on the soundtrack generate interest in the film, which corresponds to increased box office sales. The attendance of theater patrons to the movie generates interest in the soundtrack, which corresponds to increased retail sales.

Of course, this formula only works well if one of the two cross-promotional products is legitimately good enough to carry the weight for the other if it tanks. Movies can often prop up weak soundtracks, but soundtracks can’t necessarily do the reverse. That’s why releasing the soundtrack first is a no lose venture – if the movie blows up it can always push more units of the CD. Consumers are generally savvy enough to recognize the difference though between bad songs being thrown at a bad movie and good songs being compiled together, regardless of whether or not the film is bad.

In the case of Bad Boys II, the soundtrack, one can thankfully say that Run-D.M.C. was right about bad meaning good. Things start out slowly with the oddball combo of P. Diddy, Lenny Kravitz, Pharrell Williams and Loon on “Show Me Your Soul.” If you disregard the line-up though, it’s ostensibly a P. Diddy song with the other artists playing a supporting role. P. Diddy has never been a phenomenal rapper but the song and the Neptunes beat are both passing. It’s their work on “La-La-La” with Jay-Z though that will generate interest. It’s the same song included on “Blueprint 2.1” as “Excuse Me Miss Again,” but those who didn’t buy the re-release just to get a couple of new Jigga tracks this is a nice bonus.

The real adrenaline rush starts on the fourth track, with the bouncy and semi-silly “Shake Ya Tailfeather” by Nelly, P. Diddy and Murphy Lee. Again you can ignore the stated line-up – this is really a St. Lunatics song featuring P. Diddy as a guest. Not surprisingly, the song was produced by Nelly and recorded by Jason ‘Jay E’ Epperson. The chanting during the intro will remind some of the infamous “Tomahawk Chop” of the Atlanta Braves, but in this case it’s charming instead of obnoxious. The lyrics too are mental brain candy, such as Murphy Lee’s tribute to record labels and old school entertainers:

“I’m just a Juvenile, cause I B. about G.’s
Keep the women Weezy, man they say they have my Baby’s
I’m Young like Turk, I like that Cash and that Money
(I’ma eat my money) Maaan, I’m that damn hongry
[…]
My rats come in packs like Sammy and Dean Martin
And I got so many ki’s you’d think I’m valet parkin”

It’s no shock that P. Diddy shows up on Fat Joe’s “Girl I’m a Bad Boy” too, since this is after all a Bad Boy soundtrack. His “yeahs” and “uh-huhs” are unsurprising, but his riffing on Mobb Deep’s “Shook Ones Pt II” just might be:

“Ma we got you stuck off the realness, you know The Infamous
You heard of us, official Bad Boy businessmen
Me and Joey Crack gettin Benjamins
Sittin in a Phantom, same color as cinnamon”

Cool & Dre’s beat navigates this pop-tinged offering well, as does Diddy’s co-produced track “Keep Giving Your Love to Me” for Beyonce. At this point the album takes the first turn which might have trouble crossing over on some pop oriented radio stations, although urban broadcasters have been offering edits of “Realest Niggas” by Notorious B.I.G. and 50 Cent for months. If the prospect has excited you, it’s worth noting that Biggie’s lyrics are not new – they are lifted verbatim from the song “Niggas” that appeared on the posthumous “Born Again” CD. What’s new here is the beat and the extra verse from flavor of the month 50:

“When I was young my M.O. was to go hand-to-hand
Even my P.O. she called me the Gingerbread Man
I catch a new case, then tell her ass ‘catch me if you can’
Don’t let your people fill you up with octane, I’m not playin
Get gassed up to get blast up
Real B.I.G. style watch the kid break it down
Now check it – thou shalt not fuck wit North C. Papa
50 Cent, I’ll break your punk ass off proper
There’s no place like home – New York, New York
I run the city, and I don’t dance around like Diddy
Niggaz is giddy, ’til they smacked silly or sprayed wit the mac-milli
Tey don’t want drama really
Pussy niggaz get hard lip-syncin my lyrics like Milli Vanilli
In the hood they feel me {*gun cocked*} hah! I’m on fire!
Niggaz out in Philly they feel me, they bump my shit
Every bootlegger you know, bump my shit, bitch!”

This harder attitude hangs on for a few songs, including Freeway’s hopped up Just Blaze track “Flipside,” the Stevie J. smoothness of “Gangsta Shit” featuring Loon, and even the “Pretty Girl Bullshit” duet between Mario Winans and Foxy Brown. Things come back down a bit after that for Justin Timberlake on “Love Don’t Love Me,” for Mary J. Blige on “Didn’t Mean” and even Loon’s “Relax Your Mind” is appropriately chill. The biggest dose of octane is on the album’s closing track “Wanna Be G’s” by M.O.P. featuring Sheritha Lynch. As hard as Billy Danze and Lil’ Fame are, it’s actually Lynch that makes you say “whoa”:

“Excuse me, you might not wanna get it twisted don’t confuse me
with any other chick (CHICK) this is not my thing (THING)
I was kinda pushed by Billy and Fame
Y’all know my work, I punch big bouncers in they faces
Put grimy little bitches in they places
My dogs is the aces, me renegade Queen of Spades
This M.O.P. shit will never fade – be afraid!”

Clocking in at just under an hour total (including several expected snippets of movie dialogue) the overall impact of the “Bad Boys II Soundtrack” is to present you with a fairly well balanced diet of pop hip-hop, hardcore East coast shit, and a little R&B. For some it may be too heavy on the first, for those who don’t like gangster shit it may be too late on the third; but if the movie is as well crafted as this soundtrack it’s likely to be a blockbuster.