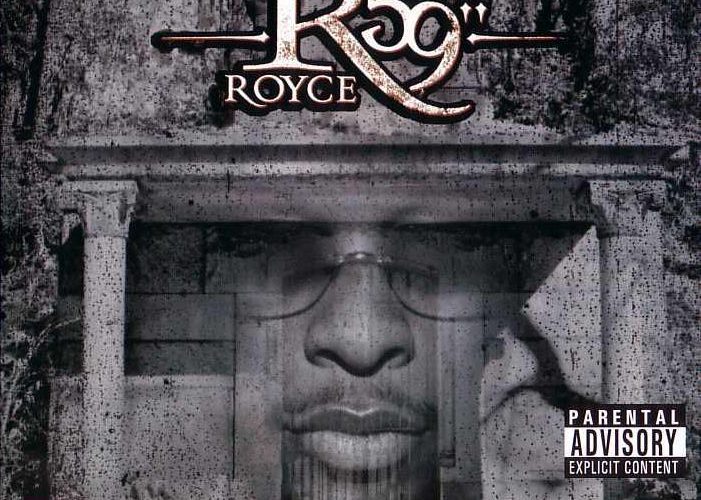 Controversy looms taller behind Royce than his 5 foot 9 inch frame everywhere he goes, but he never gets faded by his foes. He went from at one time being best friends with Marshall ‘Eminem’ Mathers to bitter rivals, but it never got him down. He went from recording songs like “Boom” with DJ Premier to being a guest artist on the mediocre pop singer Willa Ford’s song “I Wanna Be Bad” (and trust, she wasn’t bad at all). He was signed and unsigned more times than a Mike Tyson fight with Lennox Lewis, but through it all Royce has never let his desire to be the best rapper in hip-hop get stopped. And through slept on albums like “Rock City v.2.0” and the underground smash hit “Build and Destroy” where he aired most of his dirty laundry with Eminem and his crew D-12, Royce’s legend has grown too, boosting his stature until he can look that controversy in the fact until he can push it out the way like Disturbin Tha Peace on a bender: “MOVE, BITCH – GET OUT THE WAY!”

On February 24th, 2004 Royce will be trying one mo’ gen to wake up a nation seemingly sleeping on his skills to his dopeness with “Death Is Certain.” The title of the album is certainly a statement, as is calling the first single “Hip Hop,” let alone having DJ Premier produce it. It certainly lives up to the name:

“Yeah, yeah, we started from nothin a couple MC’s
Beat-boxin, the crowd in the lunch room (yeah)
Me and Preem, both names go together
Like they ain’t supposed to be seperate, like D&D
I said it before, I rep and wreck his beats
At the Headquarters, rest in peace
Nigga I’ma hold the shotty and knock you out
And I ain’t gotta know karate like Afu-Ra
It’s – HIP HOP! Yeah strong or not
This is rap basketball, stats all you got
Long as you hot, and your flow can hold up
To knowin all of your short goals is long shots!
Ninety percent of you niggaz ain’t hard
Here +Just to Get a Rep+, you not +GangStarrs+
The finest flow will amaze
Rap without me is The Source minus the Quotable page!”

“Death Is Certain” draws inspiration in a sense from the Notorious B.I.G.’s “Life After Death” album, and not just thematically. Carlos Broady produced ten of the songs on the album, including a remake of “What’s Beef?” into the song “Beef.” Given all of Royce’s feuds in the rap world, it seems highly appropriate. Just peep the chorus:

“What’s beef? Beef is when these rappers be believin they rhymes
And a nigga like me just take it one day at a time
Beef is when you die because of your CD
When I come from your blindside, before you see ME
Beef is when I get jumped by niggaz
And come back to kill ’em, one by one
Beef is the reaper, patiently pacin
Outside of your pretty house, today, you figured out, WHAT’S BEEF”

Royce is far from holding back his venom towards inferior rappers on this track. In fact at one point he declares, “Fuck is you sick? ‘Pac should be pissed/cause fifty percent of the niggaz suckin his dick is bitch!” A shot at Ja Rule perhaps? Eminem and Royce may not see eye to eye on much these days, but at least they agree on that. Royce has his traditional hardcore lyricism in effect throughout the album, the same style that first made him famous back when he and Eminem seemed poised to do an entire “Bad Meets Evil” album. “Throw Back” is a song that exemplified that attitude:

“Rap’s wolf, is BACK to attack crooks
Is BACK, to slap snares and CLAP at the track’s hook
I’m too vicious for him, too vicious for you
And my kitchen is huge, we duel dishes with dudes
Coldest flow of the summer, I see ’em come and they go
See ’em fumble the flow, it’s more goers than comers
Put the piece to your dome, then you at peace/piece with the chrome
Peel your cap and eat you and pick my teeth with your bones!
I’m from the city of gators, haters I dealt with them dudes
If you don’t like me then likely I make a belt with your shoes”

Royce at times seems to be imitating Eminem’s “fifty percent of it’s 50 Cent” flow from the underground “Tha Realest” song at times, and it’s probably not a coincidence. It’s just a shame for rap fans that two of Detroit’s greatest rhymers had to come to blows instead of resolving their differences amicably and working together on music. Still you can’t front on what Royce has done on “Death Is Certain” in any way. The old school funked out flow of “What I Know” has Royce fiending for more mics than Rakim, all while hoping to find “nuttin Shady in the Aftermath.” On “I Promise” Royce vows to make a difference in the rap business, both on the mic and in street warfare. “Gangsta” sounds like an anthem for 21st century riders, while “T.O.D.A.Y.” builds off the nostalgia of a very familiar piano sample while Royce asks the double entendre question “After one quick summer, am I a Young MC or a one-hit wonder?” Hella tight:

“Can a nigga simply spit that real shit
just for niggaz that feel me, or will the system kill me?
If I drop this album and it sells
And the next one don’t top it, will it be considered a failure?
[…]
Now as far as my weaknesses
I have a hard time competin, the chart and on SoundScan
The media base, I respect Dre for teachin me that
Money is easy to make, but hard to keep”

With “Death Is Certain” that may be about to change for Royce. He hasn’t changed who he is lyrically, but with heartfelt songs like “I & Me” and sleeper underground hits like “Everybody Goes” and the cinematic track “Something is Wrong With Him” it’s bound to appeal to Royce’s core audience, and hopefully a nationwide one too if Koch Records will get behind him and push it right. It may be true that “Death Is Certain” but hardcore rap fans can at least die happy having listened to his album, knowing that sometimes even the little dog can outbark the baddest MC’s and by his sheer strength become leader of the pack.