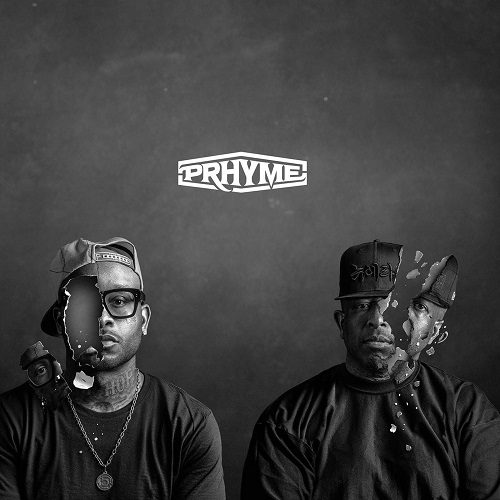 It’s not just the year of the producer and emcee combination, but the year that sees albums revert to quality over quantity. Ten years ago, you couldn’t look at hip hop without stumbling over a 20 track album full of skits. And that shit would clock in at well over 60 minutes. Some of my favorite albums of 2014 have been between the 30-40 minute mark: Rapsody’s “Beauty and the Beast”, Buckshot’s “Backpack Travels”, Blueprint’s “Respect the Architect”, Cormega’s “Mega Philosophy”. The long-awaited collaborative album by Royce Da 5’9″ and DJ Premier is a succinct 9-track record that lives up to the hype, despite neither being in their prime. Many listeners have claimed that Premier has relied on his formula for too long now, but at least one of his productions each year still blows me away.

Soulkast’s “Premiere Salve”, Termanology’s “Play Dirty” and a whole slew of Big Shug records have made my ears happy, but remain lyrically underwhelming. I’m still waiting for the NYGz album that was promised by Premier’s Year Round Records, the M.O.P. album and of course the highly anticipated Nas & DJ Premier record. Royce Da 5’9″ may be the next best thing, despite being a far better rapper than that description suggests. Between 2007 and 2010, Royce was on fire and snatched the “hottest in the game” mantle from Lil Wayne thanks to his vicious performances on the Bar Exam mixtapes. I’ll admit that he was my favourite rapper at that point in time and despite Slaughterhouse (so far) failing to release the classic all of that talent should be capable of, Royce Da 5’9″ has continued to deliver with his solo albums.

Royce spitting fire over DJ Premier is nothing new, but Adrian Younge’s involvement in this project lends Premier’s tired drums a much needed overhaul. The title track “PRhyme” is just what Premier does best – borderline repetitive so that it flirts with boring, but switches up at precisely the right point to keep the beat constantly fresh. Royce is playful throughout the album, showing that he has been spending a lot of time with Eminem, and there are moments where he returns to them “Bar Exam” days. This collaboration just makes sense; the production here is predictably understated so as to allow Royce to experiment, and like all great Premier production, it makes him sound fantastic.

While “PRhyme” is released by PRhyme Records, Royce confirms that this isn’t a regular collaboration (or group) and that it is not the new Gang Starr. The duo could easily have relied on Premier’s friends (Freddie Foxxx, Blaq Poet, Big Shug) to drop verses, but thankfully they recruited the talents of current heavy-hitters. “Dat Sound Good” isn’t a “Militia” case of one-upmanship, instead feeling friendler as Ab-Soul and Mac Miller join Royce over an instrumental that wouldn’t have been out of place on the last Gang Starr album, “The Ownerz”. Neither of the guests overshadow Royce; if anything the Joell Ortiz snippet steals the song.

Despite having a mere three words to contribute to “You Should Know”, Dwele does what Bilal did for Joell Ortiz’ “Sing Like Bilal”. Nas, Busta and Jadakiss have their vocals scratched in, while Dwele croons – on paper it sounds like a mess but the execution is masterful. A line such as “y’all don’t really want nuttin’, talk a bunch of shit, motherfucker stop frontin'” is turned from a piece of filler to a killer hook. It’s what Premier has made a name from, and part of the fun is trying to work out who he has scratched, and from where. He even spits two bars on “U Looz”, another of Premier’s 90 second long tracks that ends up being one of the best beats. He did it on “The Ownerz” with “Words From the Ghetto Child”, and he’s teased us again. Considering he has made full songs with horrible beats (admittedly rare), it’s hopefully a sign of a producer hitting his stride again. 2014 has been a great year for Premier, and PRhyme showcases the best of all of his recent work.

“Wishin'” is one of those Premier tracks that utilises a plodding instrumental and then flips it on its head in to a wild head-nodder, even including a brief cameo from Common.

There’s even a rare appearance from Jay Electronica on “To Me, To You”, which is largely irrelevant when compared to Royce’s vicious performance as he admits to “selling wood” and instead wishing to be remembered as the greatest emcee. He’s certainly one of them, dropping a typically hilarious verse on “Underground Kings” alongside Schoolboy Q – a follow-up of sorts to underground favorites “King of Kings” and “I’m The King”:

“All I give a fuck about is money
and when I got it, I don’t give a fuck about it
It’s outlandish, I take for granted what God granted
My countertop granite, my house is outstanding
While I’m standing inside of it
Feelin’ inside out as I pop Xanax
Watching myself on TV
In order to get to the TV I had to go through the proper channels
I don’t rock a flannel, I rock the Air Max, Atmos and camo
They call me the Benz owner, I put Lorenzo’s on it
Then go and pick a chick up, bone it and friend zone her”

The one knock on “PRhyme” is its length. I’ve played the shit out of this record already, but it would have been that little bit better if Royce had done what Freddie Foxxx did with 2012’s “The Kolexxxion” and boosted it with previous collaborations. Premier and Royce have recorded numerous times before, often creating gems such as “Boom”, “My Friend”, “Hip Hop”, “Something 2 Ride 2”, “Hood Love”, “Ding”, “Hit ‘Em” and “Second Place”. It may have been overkill, and Royce’s style has developed since the early days of “Boom”, but if I’m laying down $15 for a CD, it makes the decision even easier. This is as essential as any other producer/emcee collaboration this year (“Pinata”, “Run the Jewels 2”) and proves that Premier (with the assistance of Adrian Younge) can still craft great albums with his well-worn formula.