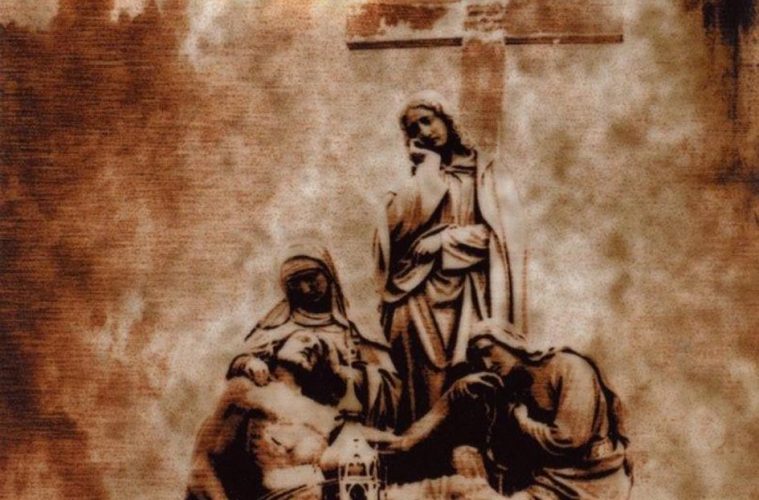 Cypress Hill :: Till Death Do Us Part

Few rap groups have survived to release albums for over 10 years. Few rap groups have been able to carve out a devoted cult following to make every album go gold and better. Few rap groups have been able to convey just as much raw energy live as they do on their albums. On the short list of rap groups who have achieved this trifecta of success, even legendary hip-hop crews like De La Soul and Public Enemy can only claim two out of three. Cypress Hill is the exception, and it can be credited in part to their broad appeal. For smokers, their bold pro-legalization stance on marijuana makes them icons and counter-culture heroes. For hip-hoppers, the dusty and rugged funk of DJ Muggs melds with B-Real’s nasals and Sen Dog’s growl into bliss. For the heavy metal/hard rock set, Cypress Hill has been bold about creating new fusion sounds while staying true to their roots. Last but certainly not least, Cypress Hill became the torch bearers for latino hip-hop once “Insane in the Brain” took them from undergroup rap sensation to international MTV icons. That’s not to disrespect their predecessors like Kid Frost and Mellow Man Ace, nor successors like Big Pun and Fat Joe, but even today Cypress Hill is still perceived as muy legÃ­timo to both the hispanic and non-hispanic audience – they crossed over, yet stayed real.

Getting to such a venerated position has not been easy for these L.A. rap veterans. Several times it appeared the group would dissolve when DJ Muggs was enjoying success as a producer on outside projects, or Sen Dog would proclaim his dissatisfaction with playing second fiddle to B-Real in interviews – in fact he DID briefly leave the group from 1996 to ’98. Their most damaging mistake though may have been 2000’s “Skull & Bones” album. Packaged as a two disc release with a “skull” side for hip-hop and a “bones” side for rock, it fractured the group’s sound as they tried too hard to appeal to both segments of their audience while pleasing neither. They rebounded strongly late in 2001 with “Stoned Raiders” but hadn’t been heard from since then. What happened to Cypress Hill? Were they still together? Would a new album ever be released?

The Hill dialed up an answer with “What’s Your Number?” – the first single from their 2004 album “Till Death Do Us Part.” It’s exactly the kind of song that the Cypress Hill fans have been waiting for all these years. With no disrespect intended to Sen Dog whatsoever, B-Real always has been and continues to be the voice of the group, and shows he is in fine form over this track. DJ Muggs puts together a smooth bassline, guitars, a drum line that “knocks” and laces it altogether with a pounding and frentic hard rockin’ chorus with Rancid guitarist Tim Armstrong making a powerful impact. Wait – punk rock meets hip-hop? You might be skeptical, but the song really is all that and a bowl of grits musically, and B-Real is still one of rap’s greatest voices. In his trademark pinched flow, he tells a humerous tale of a night at the club where he macks on a fine looking woman:

“She said I want a man with a plan and ambition
Not an immature nigga on a pussy-hit mission
I’m too good for that I have so much to offer
Got a good job working at my mom and dad’s law firm
You got goals, that’s what she asked
‘Yeah I wanna fill my home with platinum plaques
It takes hard work but you know it’s coming after’
She said ‘Oh my God you must be a famous rapper!’
‘I do all right but I’m never satisfied
I’m told when you still love what you do it never gets old
I strive for more but that’s enough about me
Why don’t we skip out the club and take a walk on the street’
We slipped out of the club with no worries
Seems she wanted to get out in a hurry
We hung all night till we lost our friends
.. ’til they caught us bangin in the back of a Benz”

That’s right, the pretty female left on his arm, overwhelmed by B-Real’s playboy charm. What’s truly overwhelming though is how cohesive a release “Till Death Do Us Part” is. While some of their albums have in the past been viewed by part-time fans as a few singles strung together by filler, this album is a start to finish killer in the tradition of their self- titled debut. Over the beautiful and deadly harps and pianoes of “Till Death Comes,” the Hill proclaim their strident loyalty to hip-hop and to their faithful audience. This flows smoothly into the mariachi rap “Latin Thugs” featuring Tego Calderon, one of their all-time funkiest tracks. From there they flow just as smoothly into the reggae tinged “Ganja Bus” featuring Damian Marley. And with just a hint of whimsy and a healthy dose of respect, B-Real finally acknowledges the years of comparisons Hill fans have made between his voice and the Beastie Boys with a clever cover of “Paul Revere.” Retitled “Busted in the Hood,” it envisions B-Real as the victim of a cop sting that nearly takes him out of the game for good:

“WELLLLLLLLLLLLLL… here’s a little story, I got to tell
About a thugged out homey, I know so well
It started way back, when I was a teen
In the hood, on the corner, slangin dope to fiends
Had the little stash that could serve your need
You can do what you want but I got weed for me
Ridin for my fam, tryin to hit a grand
CRASH unit on my ass, now I’m in demand
One lone-ly fami-ly I be
All in the hood, I got no-bo-dy
The sun is beatin down on my red dark hat
Pigs are roamin through the alley so I gotta toss my gat
Forgot about the sack, lookin for a place to hide
If they ask me for my name – fuck ’em, I’ma lie!”

There really isn’t a song worth skipping. The pounding, Westside Connection like bang of “Money” is a winner. The spooky “Never Know” should not be listened to alone on a dark and stormy night. Prodigy from Mobb Deep is all about his “heavy metal for the black people” on the crunching guitars of “Last Laugh,” also featuring Twin. From the carney antics of “Once Again” to the brooding violence of “One Last Cigarette” to the funeral bells tolling before the uptempo “Street Wars,” it all works almost flawlessly. Even the instrumental interludes like “Bong Hit” and “Number Seven” command your attention – the former taking you on a smoky trip through the mind of Muggs, the latter sounding like an acid trip on the edge of his sanity. Closing with another non-lyrical song in “Eulogy,” you might be mistaken in thinking death DID in fact do us apart from their album. Nothing could be further from the truth. After their three year hiatus, Cypress Hill sounds reinvigorated and as cohesive as they’ve ever been. For both their casual fans and their hardcore fanatics, “Till Death Do Us Part” is another in a long serious of fat hits (double entendre intended) to get high on.