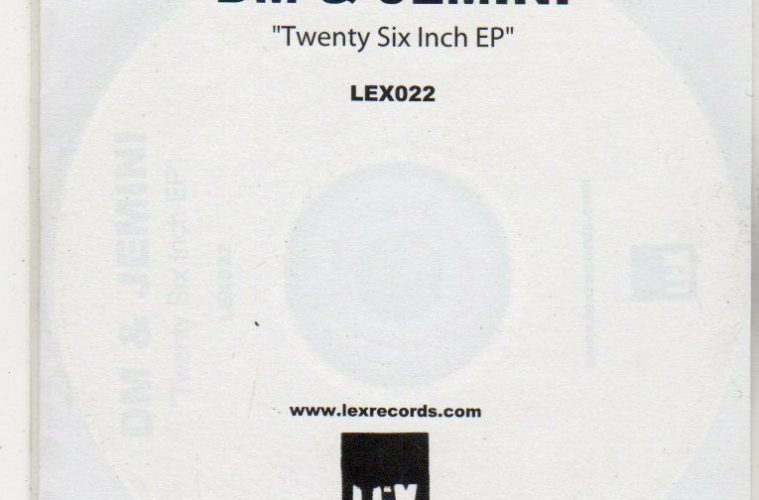 Make no mistake about it: this EP is very, very good. At first glance, the six-short tracklisting may not appear to offer much new material, given that four of the track titles are recognisable from last year’s “Ghetto Pop Life” full-length, but the reality is that the music on this EP is fresh as hell.

Straight off the bat, we’re thrown in to the 26″ Remix of “What U Sittin’ On”, on which DM reuses the bass that underlined the lazy beat and tinkling piano of his original production; only this time it’s paired with a part-southern-bounce, part-drum-and-bass rhythm and finished off with a hook that’s bizarrely crooned by Cee Lo. Where the original version of this track showed relaxed appreciation of a big fat booty (note the clever association between sittin’ on one of these and sittin’ on big, expensive rims), this reworking flips the track into a crunked-up mania of fine ass admiration to great effect.

The first of two remixes of “Ghetto Pop Life” follows next, with Sadat X providing Jemini with some lyrical support â€“ as if any was needed. DM’s production on this remix remains fairly true to the version from the album of the same name, although a few extra samples are added here and there, and the levelling sounds somewhat different. Jemini’s verses, however, are entirely new and, of course, Sadat’s verse is a nice bonus touch.

It’s the second “Ghetto Pop Life” remix, however, that grants the EP its most sublime moment by far. In contrast to the aggressive sonics of the remix with Sadat and, to a slightly lesser extent, the original version of the track, this second remix finds “Ghetto Pop Life” reworked as an R&B-tinged mellow ride through Jemini’s experience. Never one to rest on his laurels, Jemini brings yet another new batch of verses for this remix, which he drops with vocal backing between the sweet-as-sugar sung choruses:

“As soon as I put the lyric on it I spit the spirit on it
You won’t forget I’m on it just cause the nigga on it
I put my fingers on the pen- uh – I think it’s on again
I come like (like) sunlight (sunlight)
Pure perfection on the record when it’s done right
But some might question my openness
I’m not your average, mediocre local vocalist
Nope; hoping this not dope â€“ it’s hopeless
Folks it’s the dopest so you can quote this
Watch the way I smoke this and never lose my focus:

Add a remixed, fuller version of “Omega Supreme” and two entirely new tracks â€“ the boisterous, humorously arrogant “The Sh*t” (“Who’s the shit? I’m the Shit? I’m a bad motherfucker, hey-ey”) and the break-neck “Live on Both Sides”, with its racing string sections, piano breaks and rapid-fire lyrics and, like I said at the start, you’ve got an EP that’s fresh as hell. Following proudly in the footsteps of “Ghetto Pop Life” â€“ one of last year’s best releases â€“ “The Twenty Six Inch EP” is one of the best releases of 2004 so far.