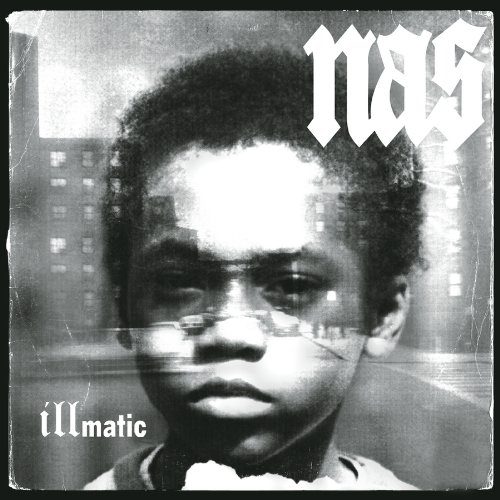 On the one hand, what can you say about “Illmatic” that hasn’t already been said? A lot of albums are unheralded classics, but “Illmatic” was never one of them. From the day it was released in April 19, 1994 up until now each every rap critic worth his salt has praised this album. While it may have been the later works of Nas that made him a household name, it’s on the strength of this debut alone that he became an icon to the hip-hop community. Whether you rate it with 5 out of 5 mics or 10 on a one-to-ten scale, the conclusion is exactly the same. Praises were showered on the head of Nas, such as “the second coming of Rakim” and “hip-hop’s lyrical saviour,” and it’s next to impossible to argue he didn’t earn each and every accolade. “Illmatic” took the mold for New York rap, broke it, and recast it in Nas’ own image. The raw authenticity of Nas’ rhymes, informed by both street smarts and a verbal intellect second to none, blended with the best beats New York’s production kingpins like DJ Premier, Large Professor and Pete Rock had to offer. While it clocked in at just under 40 minutes and 10 tracks (including the intro) this short album casts a long shadow over everything that’s come out since.

Coming on the heels of this album’s 10th anniversay, it’s only right to pay tribute to such an landmark album by putting out a “platinum” edition with the tracks digitally remastered to perfection. For those who never copped the original when it was first dropped, this new version gives hip-hop heads no more reason or excuse to snooze any longer. To this reviewer though, it seems as though it’s pretty hard to improve upon perfection. When the original edition was reviewed on RapReviews.com, it received the highest marks possible across the board for both beats and rhymes. Therefore it should be mathematically impossible to make perfection MORE perfect. It’s no different from a silly concept like “infinity plus one” that’s still infinite no matter what you add to it. An audiophile could argue the point until I’d be reluctantly forced to agree they improved the quality, but my own listen confirms what I already knew in the first place. “Illmatic” is perfection, whether you own the original or this new edition paying tribute to the 10th anniversary of it’s release.

Case closed? Not quite. Perhaps recognizing that indeed it’s futile to the lay listener to improve upon perfection with subtle differences only an audio engineer could hear, Columbia Records wisely chose to include a bonus disc of extra material. Comprising six tracks and just over twenty-three minutes, this supplement to the original does indeed present a new view of some old tracks through the lens of remixes and new production. Rockwilder’s “Life’s a Bitch” remix is bouncy and fresh, but can’t be said to top the subtle smoothness of the L.E.S. original. The Vibesmen fare a little better with their remix of “The World is Yours” using excerpts of the Kenny Rankin song “I Love You” in their mix. Keeping the melody piano-oriented was smart, since it provides contrast to Pete Rock’s brooding original by using the same instrument with a lighter touch, while Nas flips up the verbals on this one just a little bit. While it too can’t surpass the original, it does have a flavor you can savor.

The effect on the “One Love” remix is much more dramatic. Nick Fury’s take on the track draws from the Deneice Williams song “Waiting by the Hotline.” The original was perhaps Q-Tip’s finest work of production ever behind the boards, a simple but harrowing construction of plucked bass and xylphonic notes that made up a spartan and ominous melody. Nick Fury’s revisitation of it though is not in any way dark – it’s quintessentially the opposite. As if to drive the point home, the album’s producers decided to censor the lyrics on this track, even though the album has a parental advisory sticker. It may not be fair to Nick Fury to shit on this remix, since his work is otherwise exemplary and his beat here would suit any other rap song fine, but it mangles “One Love” terribly and the edited out words are the nail in this track’s coffin. To his credit, he does a much better job on the remix of “It Ain’t Hard to Tell,” which uses an electronic re-interpretation of “Nobody Beats the Biz” with some seriously HEAVY bass, which works well with the new lyrics Nas recorded.

The last two tracks on the bonus disc are new material never before released anywhere else. Marley Marl fires up some Isaac Hayes for the track “On the Real” and Nas claims to be rapping lines he wrote way back when “Illmatic” first dropped. Why not? With Marl on the beats, it has the old-time nostalgic feel of a song that COULD have been cut from the original Nas debut. That can’t be said for “Star Wars” though, which despite being produced by Large Professor sounds nothing like any of his work with Nas back in the day. It’s a great track regardless, singularly worth owning the bonus disc for due to the layered complexity of the track and the rhymes Nas spits:

“Jungle of concrete killers and snakes, I was amongst that
Bundles of crack, through this funnel that’s black
I want you to vision, through my telescope, see the hell I wrote
It’s Reynolds when I (wrap) rap it, like an envelope package
And they was into dope back then, numbers, pimping and robbing
Well they still robbing and pimpin, but its small change compared to hip-hopping
Or did I mention millions because of limp hopping
Trips, expensive gift shoppin, whip driving
Benzes, Jeeps see, them and they bitch got one, its shockin
You thinking, naw it’s just rhyming
But all this time it’s like organized crime and
For instance, there was a time when there was a line between streets and business
But now peep how it’s mixed in, the beef is now sickening
Everybody got paper, words are power, because of it the cops hate ya
The government watching all of those who thuggin it
They wanna lock us up because they kids are lovin it
Not knowing that most rappers is straight ass
Then shots rang out whenever we clash – it’s Star Wars”

Ultimately, “Illmatic” is still as great as it ever was, hands down. The only thing that’s really different here is the bonus disc, so whatever you read into the score at the end of this review read it as a reflection of the new material – a largely mixed bag that does show some promise with the new songs included for the next Nas album “Street’s Disciple” due out this year. You can’t really fuck with a classic and the remixes prove that, but hopefully with his next release Nas will aim to create a NEW classic that celebrates not only his 10 years in rap but the power of his prose.