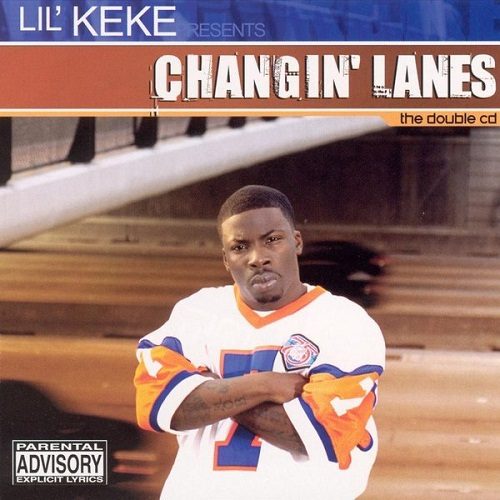 Pick up your unabridged regional rap reference pocket PC and look up the term “prolific.” Okay? Cross-reference that word with “Houston.” If you don’t get “Lil’ Keke” back as a result, toss that piece of shit in the trash and go get a new one. Hip-hop artists have released two albums in a year before, sometimes three in two, but over the last seven years he has no less than FOURTEEN albums to his name, not counting the remix “screwed and chopped” editions of his underground classics like “Platinum in Da Ghetto” and “Birds Fly South.” In truth, even “prolific” is not a strong enough term for Lil’ Keke, who proves the formula No Limit Records found in the 1990’s still works – if they like it, keep it coming non-stop ’til you drop.

With a catalogue in his arsenal that’s already larger than some 20 year veterans of hip-hop, it’s amazing that Lil’ Keke has kept a relatively low profile. He remains a regional phenomenon, one of a growing array of artists immensely popular both in their home state and throughout the South. The artists and fans alike have dubbed this scene the “Third Coast” due to the fact it gets largely overlooked by people who only see the East and West coasts when they look at the national rap map. When you’re as wildly successful as Lil’ Keke though, you don’t need to wait for Universal or Priority Records to reach down and pluck you out to go national. You make your OWN moves. Early in his career, it was his own imprint Jam Down Records that handled many of his albums. Now on the double-disc “Changin’ Lanes” it’s the newly formed Commission Muzic, undoubtedly a reference to his 1998 Jam Down release “Commission.” Thanks to distribution by Navarre Corporation, you can find this album nationwide.

While Keke has no doubt benefitted from his association with the Screwed Up Click over the years, he’s more than proved he’s capable of making his own beats since the untimely passage of DJ Screw in 2000. Thus since “Changin’ Lanes” comes with no production credits (and not much for liner notes at all with the exception of printing the address of Commission Muzic’s offices in Houston) one is left to assume Keke handled thangs all on his own. On the “Hiway Disc” things are very laid back and mellow, music to put the top down and cruise around to. Even if you don’t have a convertible and your ride is either a hooptie or a bus pass, you’ll still nod your head to these songs. There’s no denying the influence of the road on tracks like the bass-laden “When We Ride” and the smoothed-out “Do You Wanna Ride Pt. 2.” Keke does have a gangsterish side, but the violence is definitely playing second fiddle to enjoying the lavish life, as songs like “Feel Good Don’t It” prove. Yet “Get Paid” also shows that unlike some rappers who floss, Keke also thinks about the consequences of his actions:

“Dear diary, it’s time to change my soul
I’ve been livin this way since I was 12 years old
Doin dirt for dirt, plenty people was hurt
All type of block shit when you puttin in work
Catchin cases at early age that scarred me now
I done made a little cash, they wanna rob me now
Cause the future was so bright, feelin this limelight
In and out of pressure only real that’s my life
Look at this rap game, just like this cocaine
Niggaz sellin out quick and goin for mo’ change
Gotta do my thang, that’s all that count
Tryin to build up the stash for a large amount”

Like other Texas rappers and Screwed Up affiliates like Big Moe and Z-Ro has a penchant for storytelling and making you feel comfortable listening to his narrative, often changing up his flow to give it a little bit of a sung edge. Vocally Keke has some of the best diction of them all, speaking clear and always easy to hear. His tone is reminiscent of Scarface, although kicked up a key or two in pitch. Once you get used to it on the first disc, Keke suddenly drops a few keys BELOW ‘Face vocally on the “Street Disc.” It’s a typical slowed down/chopped up Southern style mix, in the style made popular and famous by the aforementioned Screw. For first time listeners the sound may be odd, but it’s easy to get quickly hooked on the drawn out elongated bass beats, heavy sounding voices, and some of the best mixing and turntable tricks that never gets the props it rightly deserves. If you can’t get down to the sound of “The Underground” then the rest of the disc that follows will be completely lost to you – but if you like this track the twelve that follow will be musical bliss.

On the whole Keke has proved with “Changin’ Lanes” that he is worthy of his reputation both in Texas and throughout the South. Not worried about changing the world or making converts to his style, Keke has brought people around to HIS style of beats and rhymes. Most rappers have to crossover to gain acceptance, but Keke proves that by staying true to a Southern sound and style, fans in search of a fresher sound than stale counterparts elsewhere will crossover to him. “Changin’ Lanes” is the latest in a long line of Keke albums in that trend, but far from the last.