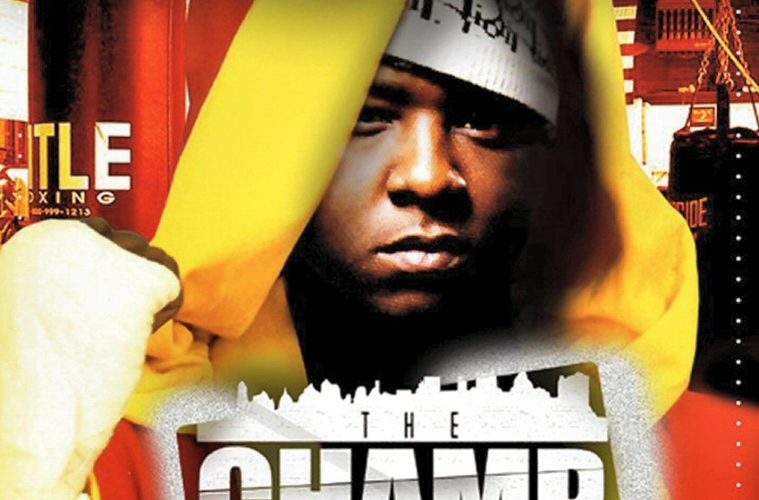 Despite being one of the game’s most gifted lyricists, LOX member Jadakiss has yet to receive the same degree of commercial notoriety in which his peers like Eminem and 50 Cent have been given. Thoroughly respected in both the industry and the streets, Jadakiss has one solo album under his belt thus far, the somewhat disappointing “Kiss the Game Goodbye.” The album was a letdown because listening to it gave fans the impression that Jada was abandoning his core following, opting to craft radio- friendly tunes rather than continuing to bring the same verbal grime exhibited by the LOX. His fans have stayed loyal nonetheless, and anticipation for his sophomore effort “Kiss of Death” is reaching Mount Everest heights. With early press saying it is the defining record for the career of the self-proclaimed “Black Babe Ruth,” “Kiss of Death” is shaping up to be one of the summer’s biggest releases.

Jadakiss has always kept his ear to the streets, and has been known to grace various mixtapes with exclusive freestyles, and even “Best of Jadakiss” editions. With that in mind, DJ’s Green Lantern and Big Mike have joined forces to present “The Champ Is Here,” a disc packed with cuts from Jada’s new album, freestyles, and newly recorded blends. Needless to say, combining the talents of two of the mixtape scene’s hottest DJs with the always- reliable verses of Jadakiss equals audio pleasure, and “The Champ Is Here” consistently bangs from track 1 to track 24.

Both Green Lantern’s and Big Mike’s usual ad-libs can be heard throughout this disc, which becomes annoying at times but is to be expected. Green Lantern makes his presence felt strongly on two choice cuts, blending instrumental favorites with past Jadakiss verses. “Right Where Stand [GL Mix]” takes Kiss’s verse from the blazing Gangstarr song “Right Where You Stand” and positions it over the emotional piano keys of Noreaga’s “Bloody Money Pt. 3.” This results in a perfect match, and the additional appearance by Prodigy only strengthens this track. The classic beat from O.C’s “Time’s Up” is paired with Jadakiss’s “Time’s Up” on “Times Up [’93 Shit],” making for pure hardcore rap music at it’s best.

If “Kiss of Death” meets the potential shown by it’s featured songs found here on this mixtape, 2004 may actually be the year that this Ruff Ryder kisses his competition goodbye. “What You So Mad At Now?” finds Kiss detracting his many haters over a fast-paced and bass-heavy beat, while the amazing “Clear It Out” shows a more serious side of Jadakiss as he delivers honest narratives about being pushed to the edge. The real crown jewel of this mixtape and quite possibly “Kiss of Death” is “Why,” a brilliant showcase of deep introspection that is easily the best song of Jada’s solo career to date. Mobb Deep’s Havoc, going against form to construct a beautifully hypnotizing backdrop sprinkled with pianos and xylophones, provides the soundtrack for Jadakiss to drop some truly thought-provoking prose covering everything from politics to the rap world to his own life. The nicely sung hook by Anthony Hamilton adds to the overall mood, but it’s Jadakiss that makes this song such a masterpiece:

“Why do niggas push pounds in powder?
Why did Bush knock down the Towers?
Why you around them cowards?
Why Aaliyah have to take that flight?
Why my nigga Dee ain’t pull out his Ferrari?
Why he take that bike?
Why they gotta open your package and read your mail?
Why they stop letting niggas get degrees in jail?
Why you gotta do 85% of your time
and why do these niggas lie in 85% of their rhymes?”

Simply put, Jadakiss is one of the best MC’s in the game today. Whether he ever reaches the levels of fame he so deserves is to be determined, but DJ’s Green Lantern and Big Mike have offered up a great case as to why he should. With the only setbacks being the irritating voice-overs of both disc jockeys, this mixtape is a must-have for any supporter of real lyricism and straight-up dope hip-hop. Compared to the rest of the CD’s being spread out on street corners, “The Champ Is Here” is definitely the one to beat, flexing audio muscle devoid of any weaknesses. Take one listen to “The Champ Is Here” and hear for yourself why 2004 should be the year of Jadakiss.