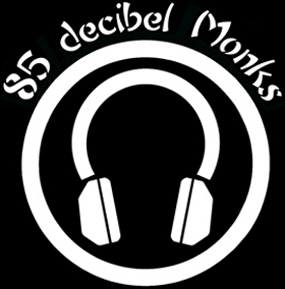 Instrumental hip-hop is a low-profile business. Very few have garnered accolades on their own, and only the occasional beatsmith becomes a household name. That said, crafting compelling hip-hop music is a very fine art, and at times, the results are remarkable. Tack Fu, a native of Iowa City, is giving it his best shot with his production team, releasing “85 decibel Monks” independently on Rosemary Records.

Tack Fu’s aptly named debut certainly has an eastern influence. “Enter Dependents,” the opener, is a bass-driven track, but the uniquely patterned drums, layered over each other, gives it more depth. Despite this, it is easily the most straightforward song you’ll find here. “Message For Goyum,” following the first, is an instrumental with eerie samples reminiscent of Company Flow circa ’97. “U.S.A. Way” boasts a sparse drum pattern with orchestral stabs, but clocks in at 1:03 and contains similar vocal sampling as its predecessor. In fact, in terms of structure, they are identical.

Track four, “Oh Yea!,” features the first appearance of a turntablist, as DJ Skwint displays some righteous talent. In keeping with the theme, there is an ominous chorus that stands out beyond the simple scratching. It is no mistake, I assume, that monk impersonators are belting out its haunting melody. As far as rap productions go, this track isn’t easy listening, but to discriminating tastes, the first part of “85 decibel Monks” provides the perfect vacation from the norm. Despite having an obvious formula, each beat has just enough variation to fit.

Over the duration of the album, there are a few tunes that will grab your attention. “Mongolian Fire” is remarkably well structured, and “Evolution is Outdated” with Illogic, Blueprint, and the Bad Fathers is what you might expect from the personnel involved. “Fixing a Whole” sounds like it could have been lifted from a kung-fu movie, and in this case that is a compliment. A sitar sneaks under the drums, and wailing flutes give it an excellent finishing touch. “85 decibel Monks” gets into a rhythm in the beginning and never breaks stride, with the occasional standout.

All of the aforementioned songs are smooth and unassuming. On an individual basis, this laid-back pace works. For much of the album, however, this acts against its success. Most of the rest of the music doesn’t stand out, and some of the tracks that do, such as “Weed Cookies,” seem labored. There is not nearly enough variety to hold the listener’s attention, especially with the frequent absence of emcees. A lot is going on, as obscure samples and spoken word pieces are abundant. By the middle of the album, though, the surprises will be over. Nothing will make you want to rewind and repeat.

The best way to describe this album would be “mood music.” It sounds fine playing in the background while you’re doing something else, but on its own there isn’t enough of an edge. “85 decibel Monks” is a concept instrumental album, and the material appears to have been stretched very thin to cover all 20 tracks. There is a fine line between cohesiveness and redundancy, and at times there is too much of the latter. There are a handful of triumphs, but nothing on the album will blow you away. As instrumental records go, this is occasionally impressive, but easily forgettable. Those who would dig this, you know who you are. Check it out if you like mellow, unpretentious music. Otherwise, steer clear.