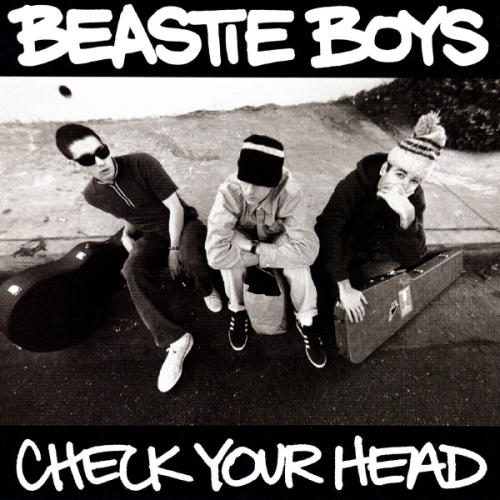 The Beastie Boys were riding high on a wave of artist success in 1992, although many people were totally unaware of it. After the initial splash of “Licensed to Ill” in 1986 on Def Jam, with pop crossover hits like “Fight for Your Right (to Party),” the group did an about face in hip-hop on the Capitol label with “Paul’s Boutique” in 1989. By industry standards it was a flop compared to their debut’s multi-platinum success, but hip-hop critics who had written them off as three white boys looking to cash in on the culture were confronted with a serious album built on complex layers of samples and well-crafted rhymes. To this day it remains a cult-classic, overlooked by those who just wanted guitar rock hip-hop with fraternal debauchery, but hailed by those who saw it as the Beastie Boys evolution from rap’s new punks to a trio of legitimate rappers pushing hip-hop’s musical and cultural boundaries.

Firmly ensconced at their new label despite only modest sales (prompting 3rd Bass’ own MC Serch to sarcastically quip “The Beast now lives in the Capitol”) the Boys had found the perfect outlet for continuing to thrive and grow without the pressure to produce a top ten hit on every single. What’s surprising about “Check Your Head” is the fact that they DID score paydirt on the charts, even though they continued to evolve away from their Def Jam heyday. “So What’cha Want” proved to be one of the year’s most anthemic songs, with a literally MONSTEROUS beat that pounded away on your ear begging for attention. Once it succeeded, the distorted vocal effects of MCA, Ad Rock and Mike D created an otherworldly aura of rappers floating above their mics, spitting lyrical braggadocio into an echo chamber and catching it on the rebound. What may have surprised people the most though was that the stomping hard rock sound was played by the Beasties themselves, who in a return to their punk rock upbringing laid down the riffs with MCA on bass, Mike D on the drums and Ad Rock smacking the guitar strings. “So What’cha Want” was one of those songs you couldn’t forget once you heard it, and even twelve years later it’s a song that seems to never get old. One line from the song sums it up best: “Sweeter than a cherry pie with Ready-Whip topping.”

What’s even more remarkable about “Check Your Head” is the surprising LACK of rapping to be found on it, despite the fact one of the album’s other hit singles was named “Pass the Mic.” (Interesting sidebar – this album predated Dr. Dre’s “The Chronic” by eight months, and “Pass the Mic” includes a bassline Dre and Snoop Dogg later made famous on the song “A Nigga Witta Gun.” Two different artists with completely different backgrounds and target audiences used the same chunk o’ bass, all in one year.) Nonetheless, the Beasties used rap sparingly throughout the album, and largely got away with it. Instead “Check Your Head” found the rappers to be exploring their musician ambitions and taking the fans of their eclectic “Paul’s Botique” along for the ride. They kicked smooth style on funk jams like “Groove Holmes” and “In 3’s,” without ever spitting a syllable. “Funky Boss” was sleazy and slyly seductive, and just barely checked in as a rap with the Beasties yelling “funky boss get off my back” in the chorus. “Lighten Up” was nearly tribal in it’s approach, featuring Arturo Oliva and Shakeree Juanito Vazquez providing some conga style percussion. “Time for Livin'” does have some lyrics of a sort, but it’s highly difficult to pick them out over the uptempo alternative rock it’s mixed with. “Pow” is perhaps the definitive piece, as the Beasties and Money Mark just go nuts in the studio, with drumming that even the “Funky Drummer” would be jealous of and sweet guitar licks like no other. Without any warning they slow it down and wrap you up in the vibe like a blanket, and then slowly let the music melt away into nothingness. Clearly the only rules the Beasties played by were their own.

When one judges “Check Your Head” in the context of both the Beasties own storied career, and in comparison to other rap groups of the era, the results are by turns completely unsurprising and completely divergent. “Paul’s Boutique” was an album of liberation for the Boys, freeing them from the cloying trap of making pop rap hits that would have been increasingly less and less interesting. On the flipside, “Check Your Head” found them going even further afield from rap than their previous release, cultivating an audience of fans that ranged from Black Sabbath to ZZ Top to James Brown, and yet still trying to keep hip-hoppers in the fold. It was a bold and daring statement for the group to make, especially at a time when hip-hop was moving into a harder era of gangsta beats and lyrical swordsmen, but they pulled it off with style and flair. I must confess that at the time it first arrived in stores I was somewhat disappointed with the sparsity of rapping on it, and felt somewhat betrayed. This album has aged quite well though, and I can now recognize it for the place it deserves both in their own catalogue and in musical history. It’s a jam album, a rap album, a funk album and a rock album all in one, bridging the gaps between all and succeeding in alienating none.