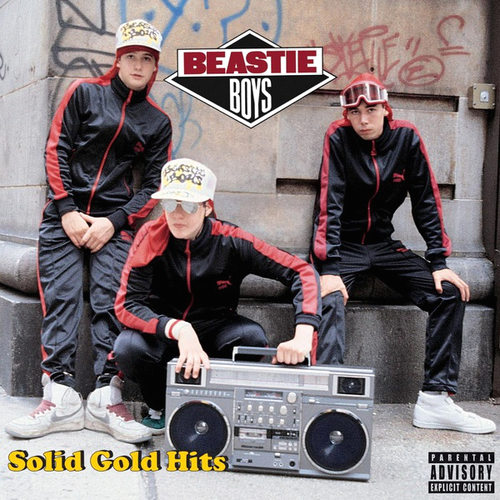 Here’s a little tip for Stuart Scott after watching “SportsCenter” yesterday – the ACTUAL meaning of the word ubiquitous is “existing or being everywhere at the same time.” When you’re going to proclaim something as a big word and act like you know what it means (although that’s really not a big word at all) you should at least use it the right way. Here’s an example which will hopefully clarify things for Mr. Scott: “The Beastie Boys song So What’cha Want was ubiquitous for much of 1992.” Translation? The song was everywhere. Turn on the radio, you hear the words. Turn on MTV, you see the video. Drive down the street, it’s booming out of every car. Go to the mall, some store is using it to entice “hip” shoppers. That’s ubiquitous Mr. Scott – existing or being everywhere at the same time. Whether you liked or hated the Beastie Boys you couldn’t get away from them even if you tried. Who DIDN’T try to get away from “Fight for Your Right (to Party)” at some point. It might be good the first 150 times, but after that it starts to get a LITTLE stale.

Nevertheless if you’re going to do a “best of” Beastie Boys album you’d better include “Fight for Your Right” and “So What’cha Want.” Appropriately enough these two songs bookend the fifteen track, 52 minute long release called “Solid Gold Hits.” The name says it all, and cliched or not, that phrase is entirely true. There’s nothing more and nothing less here. Hardcore Beastie Boys fans will instantly recognize each and every song on this album. Casual Beastie Boys fans will recognize most if not almost all of the songs included. Even people who don’t care much for the Beastie Boys at all will still be familiar with a lot of the material here. A majority of the songs on “Solid Gold Hits” were ubiquitous when released as singles and for a long time thereafter. It was hard to go to a party after “Licensed to Ill” was released and not hear somebody playing “Brass Monkey” or “No Sleep Till Brooklyn.”

Almost every Beastie Boys album seems to have had one or two of these ubiquitous hits, and almost all of them are represented. The only hits which might be slightly obscure are from the almost criminally slept on “Paul’s Boutique,” they being “Shake Your Rump” and “Hey Ladies” respectively. To say the rest of these songs are well-known would be an understatement. If you haven’t heard “Sure Shot,” “Root Down” or “Sabotage” then you probably don’t own “Ill Communication” or were living under a rock for the entire year of 1994. Likewise when the Beastie Boys made their long-awaited return with “Hello Nasty” in 1998 it was hard to get away from “Intergalactic” and “Body Movin’.” The trend of well known songs continues right up through last year’s “To the 5 Boroughs” with the inclusion of “Ch-check it Out,” “Triple Trouble” and “An Open Letter to NYC.” Honestly I’m not sure that those last two qualify as hits, let alone ubiquitous, but we’ll let it slide.

In short there’s absolutely nothing surprising about “Solid Gold Hits” at all. That may sound negative, but that depends on both your perception and your needs. If you have been a hardcore Beastie Boys fan for the last fifteen years, you own every song on “Solid Gold Hits” already and probably don’t need it. Then again if you just want a quick fix of their ubiquitous hits without taking the time to compile them yourself, this album might just be your solution. For the more casual fans who like the Beastie Boys but never took the time to purchase all of their albums, “Solid Gold Hits” will be much more worthwhile. The downside of purchasing only this album though will be that those who aren’t familiar with the Boys won’t realize the most essential part of the Beastie Boys experience is the songs that WEREN’T ubiquitous hits. Their albums always include the kind of funky jams and odd tunes that never top the charts but are just as pleasing to the ear if not moreso. That’s why many dedicated fans will pass on “Solid Gold Hits” and stick to the albums and homemade compilations of more obscure tracks that they already own. There’s nothing wrong with the quality of this album at all though – for better or worse it is exactly what it says it is. That may make it a little pedestrian, but that doesn’t make it bad. If you buy “Solid Gold Hits” looking for new shit though, you bought the wrong album.