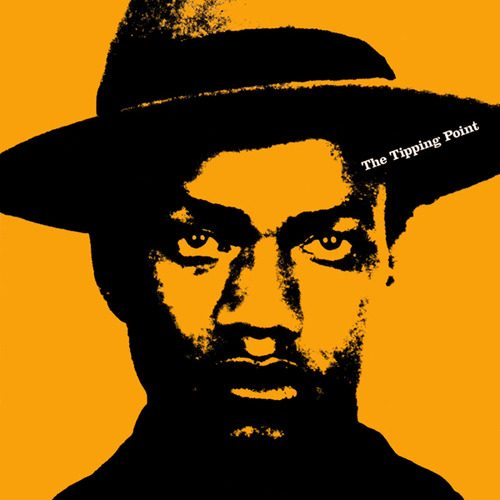 The Roots :: The Tipping Point

A new Roots album is like Christmas come in July. With no less than a half-dozen albums under their belt since 1993, this group has been at the forefront of a revolution in hip-hop sound and culture. Largely eschewing commercial trends, The Roots sound has embraced instrumentation over sampling, letting drummer and producer ?uestlove set the pace for other aspiring artists to follow. Their already large cult following from albums like ” Do You Want More?!!!??!” and “Illadelph Halflife” only grew more with the introduction of their Okayplayer website, where fans can interact with band members and discuss a wide variety of topics on their message boards. As the family of Okayplayer users grew, so too did the number of artists affiliated with The Roots under the OK banner – Common Sense, Dilated Peoples, and Talib Kweli are all members. Even famed cartoonist and social satirist Aaron McGruder can be found at the website, with a new Boondocks comic strip on the home page daily.

The Roots literally have it all, except for satisfaction with the music industry. Their feelings towards the Geffen record label are well known, and certainly not complimentary. Fans of hip-hop and The Roots alike probably feel the same way, especially considering that Roots lead vocalist Black Thought’s solo album was essentially complete and ready to be released when they shelved it. While they briefly sought respite in the MCA Records hip-hop division, it eventually folded and so too did the identity of the label itself, swallowed up by Geffen whole. Try going to the MCA Records site and you just come full circle to the Geffen home page. Whether they like it or not, The Roots seem literally planted in the ground at Geffen, left to the whims of whether or not the distant CEO’s will allow them to grow or leave the soil barren and dry until even their cult following abandons all hope.

Some of that dissatisfaction is clearly evident in “The Tipping Point.” While their 2002 “Phrenology” album was a high water mark, an intense journey through lyrically and musically ambidexterous hip-hop, “The Tipping Point” feels more like a resigned shrug at their predicament of Geffen’s inability to understand their vision or push their product properly. When Black Thought has his A-game going there are few people in any genre of music more potent on the microphone thanks to his quick tongue, charismatic flow and unlimited potential as a writer. On songs like the ironically apt “I Don’t Care” though Thought seems to be going through the motions. The production is a breezy uptempo number that like many of their singles seems radio friendly without being infuriatingly sappy and crossover, but the delivery here seems as muted as an opium addict coming off a high:

“I don’t really know but somebody said
That the O.G. flow, it could fuck witcha head
And the po-lice know that the green black and red
too strong to con-trol, they study what I said
Dig it, my name is ‘Riq – and when I’m on the mic
I’m known to spit somethin that these MC’s hate
I couldn’t care less what you feel what you say
Cause I gotta put it to you in my own special way”

Functional, yes, but not very colorful. If Thought sounded like he gave a shit as he was saying it, they’d probably come off that much fresher. The lead single “Don’t Say Nuthin'” is the opposite on both fronts – Thought seems eager to rip here, but the musical backdrop is so lackluster that it’s hard to imagine why this joint was chosen to break the album. Still, Thought gives it his best shot:

One has to wonder if The Roots have the time to recover from these mismatched musical meanderings, considering this brief album is ten tracks long and as such the two cuts above are already 20% of the entire output. Things do get better though, thanks to the fresh “Guns are Drawn” which sounds like a Bob Marley protest song remade into a hip-hop jam session. “Stay Cool” is a response to their fanbase who thinks that just because the band loves to freak it live, they are opposed to sampling (a misconception perpetuated by bad marketing from Geffen). They flip the same Al Hirt sample that De La did for “Ego Trip Pt. 2” and do it mad nice. The stripped down sound of “Web” is just as refreshing – little more than a ?uest on the drum kit and Thought spitting at his very finest:

“Talk sharp like a razor blade under the tongue
Clear my path, and come get your captain hung
Tryin to breathe like Black’ll collapse your lung
Young chump, you can choke off the web I spun
I done, cleared ’em out from the threat I brung
You done, heard about what set I’m from
My nigga, word of mouth, new rule of thumb
Y’all better bow down when the ruler come
I’m a real hood nigga, not a hood-a-lum”

Things are kept jumping, as Thought peaks at his most enthusiatic on the intentionally rough sounding “Boom!” – reminiscent of the earliest days of the Wu-Tang Clan, and featuring damn good imitations of Big Daddy Kane and Kool G. Rap that make this a MUST hear. Devin the Dude provides a smooth chorus on the mellow “Somebody’s Gotta Do It,” where the underrated and incredible Jean Grae jumps in for a verse of her own. Just when it seems that things were on course for a solid finish though, “Duck Down!” features a beat that’s overly loud, and in a rare and odd occurance for The Roots, highly irritating. Thought doesn’t seem to find any inspiration in it, nor on the closer “Why (What’s Goin On?)” which asks the same question Marvin Gaye put definitively to music decades ago.

The sum total of the album is a 60/40 percentage split, which might be good enough to win an election (something titling the album “The Tipping Point” almost seems to hint at) but really isn’t up to the standards one expects of the legendary Roots crew. Oddly enough it’s possible this album suffers the most just by being too damn short, because The Roots could have easily padded this out from what seems like a short 55 minutes into an hour and ten and given the membership more time to shine. Instead the presentation is short, and at times seems oddly forced instead of natural and uplifting like a typical Roots album. Saying that this release is “whack” would be a mistake, because it’s really not. It’s just mildly dissapointing that it’s not up to their own standards, but it’s just as likely that Geffen forced them to put out a full album whether they thought it was ready or not. As a 10+ year fan of the group, I look forward to the day when they can strike out on their own, and the long-absent Black Thought masterpiece finally sees the light. Until then, The Roots may not have their heart in it any more to do or put out their best when it’s gonna be fucked by the label no matter what.