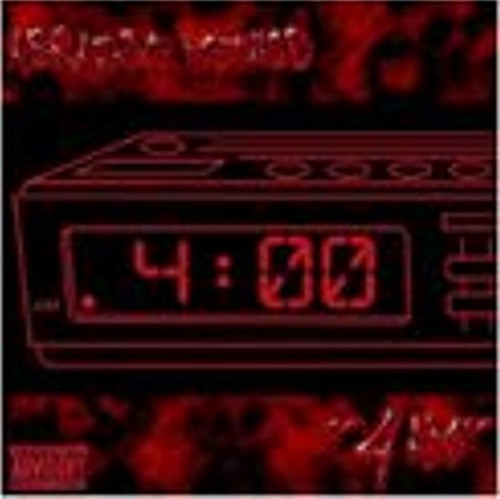 Straight outta the suburbs, Abrasive Method brings middle America to hip hop’s dinner table. The group consists of two white boys from Detroit (shocking) who sound fed up with being ordinary. Thus far, hip-hop’s history of white rappers has proved inconclusive. No one really knows what to expect. From Beastie Boys’ premature ejaculatory raps to Eminem’s chainsaw swinging, wife-slapping wordplay, only one categorizing standard has emerged: they are all falsetto, and they are all unpredictably different.

Yet distinction remains their greatest strength. In an industry slowly converging on bland standards of pop-complacency, wild, rambunctious white boys aren’t just different, they’re frequently a breath of fresh air. And at the start, “4 A.M.” is refreshingly different. Opening to Dean Martin singing “Your Nobody Till Somebody Loves You,” Tony Franks and Charlie Beans (a.k.a. Abrasive Method) take us into uncharted rap regions: the suburbs.

Musically, “4 A.M.” defiantly has a distinctive vibe to it. An overriding playfulness surrounds the album that murmurs a little Beastie Boy in pure, unadulterated spazing. “Bourbon” and “A Party Ain’t a Party” are successful examples of frivolous production gone carelessly right. Interestingly, almost half of the album is self-produced and authentically suburban. While most of today’s artists are borrowing 70’s soul vocals and Indian flutes, Abrasive Method courageously takes from their own middle-class, Caucasian upbringing by slicing samples from Tracy Chapman on “No Shows” and even Madonna loops over “If You Knew.”

However, as “4 A.M.” rolls along, it begins to unravel like a ball of yarn. Songs like “Nothing To Prove” sound fabricated and dull down the edge of Abrasive Method’s sharp distinction. “Put Your Dukes Up” is almost saved by Marco Polo’s throaty, ill-tempered beat, but strains under the uncomfortable weight of self-proclaimed suburbanites trying to sound hard. “Ooh Wee” breaks out a xylophone for club-readiness, and all the suddenly Abrasive Method doesn’t sound so different than everybody else.

Minus Madonna on “If You Knew,” and the first five tracks are where “4 A.M.” climaxes; barley halfway through and the Franks and Beans team has lost their luster. Maybe they should have gone to bed earlier.

The last third of the album crashes like a little kid coming off a sugar high, suddenly slumping into pseudo-poignant songs like “Smile,” “Pain Away,” and “Anxiety.” Unfortunately, unlike their local wordsmith Eminem, who can express anger and anguish with unprecedented appeal, Abrasive Method isn’t emotionally coherent enough to make their teenage angst tasteful. Plus, after hitting six of these lackluster soliloquies, even the most considerate listener will be bored by their manic-depressive clamoring. Until this group can procure fan-caring, they should minimize their anxiety to a minimum of “Smile” and “In an Instant.”

The real trouble on “4 A.M.” comes lyrically. You would presume two white boys from Detroit would echo Eminem’s lyrical prowess; but these rhymes resemble a drunk Fred Durst more than any true artisan. More distressing is how the louder half of their raps brag about how “incredible” their flow is. I hate to be cheesy, but the Franks and Beans team seems to be gassed up. Far too often they muddle up their words or drift off coarse.

Abrasive Method does have potential though. “4 A.M.” might not be ready for heavy airplay, but it presumes to garner mass appeal. With a distinctive sound and implicitly endearing honesty the group stands out. They don’t hide behind “being real,” and honesty is being real. As they say, “we’re not from the hood and we don’t try to say. These suburban ass white boys got the shit bangin dude.” That’s almost touching truth. Some tracks are bangin, such as “Bourbon.” But others like “Put Your Dukes Up” impersonate hood rhymes, only trading gun talk for fists fights. Riddled with shit talking and a confused conscious, “4 A.M.” is constantly contradicting itself.

“Tomorrow” brings things to the edge. The confused duo openly lies, making up stories and pasts, to fit in with what’s “real” because as the hook goes, “tomorrow never comes until it’s too late.” Sadly, it exemplifies how torn the group is between who they are, and who they want to be.

There is one more scrutinized trait that runs sensuously through white rappers: they all seem to be rebelling against something. Beastie Boys are an easy hitch; they were pure teenage angst manifested in a trio of high school heroes. Eminem rebelled against content. Bubba Sparkxxx against sound. All seem to be rebelling against the lives they’ve been given. (Actually, a Caucasian rapping period is an innate rebellion against a presumed heritage, or legacy.) But Abrasive Method’s problem is they are rebelling against themselves. They proudly proclaim themselves suburbanites; but from the way they rap, it’s evident they are shameful of how ordinary their origins are.

Overall Abrasive Method has a lot to build on musically, and a long way to go lyrically. Half of “4 A.M.” grants the unflagging fun of a drunken house party. The other half has room for improvement. The biggest problem Abrasive Method must counter is their inertia toward industry influence. Cuts like “Bourbon” and “Bump That” have huge appeal. It’s dangerous for a duo with such a naturally distinctive flavor to conform. Rap is already super saturated with artists trying to sound like other artists. If Abrasive Method isn’t careful, they will sacrifice their rare separation and melt into the monochrome dog pile of second-rate rappers. Nobody knows what you’ll get when you pull a white boy out of the rap hat. Maybe a country corn-breed Bubba Sparkxxx, or maybe a bipolar Vanilla Ice rocking shoulder pads and a swirl top. This time Detroit gets Abrasive Method and their first LP, “4 A.M., an album as musically unstable as Eminem is emotionally.