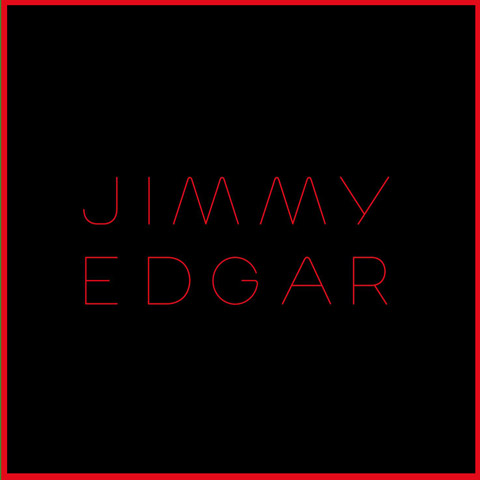 Modern hip-hop music’s influences, while frequently coming from within, are wide-ranging in scope. For different types of rap, the influences vary from funk to heavy metal. One of the few types of music that haven’t seemed to make any sort of splash in the hip-hop world, though, is techno. Despite the artificial similarities that it shares with hip-hop, the mechanized sound that lends itself to techno has never caught on with hip-hop audiences.

There really is no telling what techno-influenced rap music might sound like. It really has hardly been done. When thinking of notable records from the past ten years, NONE come to mind that have a heavy vein of techno running through them. Even DJ Shadow’s seminal “Endtroducing,” which seemed to have some similar rhythms at times, was much too dense and layered to qualify as a techno project in the least.

Well, the time has come for just such an album, Jimmy Edgar’s “Bounce, Make, Model” EP, to be exact. The press release for this EP says that it “is the sound of hip-hop being re-imagined as techno.” This really is fairly accurate. Starting with the lead track, “I Wanna Be Your STD”, each song is a frenetically constructed techno ode to sample-based hip-hop production. Merging techno’s abrasive nature with some smoother elements of hip-hop music is a tall order, but Edgar appears to be up for the task.

With the exception of the aforementioned “STD,” this is strictly an instrumental album. In fact, it really is techno music with hip-hop influences, instead of the opposite. The only semblance of rap music is the Shadow-esque sampling that Edgar uses on a few songs. The hip-hop influence also comes from the structure of the songs, which contain a looser structure with respect to the drum programming. While much of techno contains extremely cookie cutter beats and odd sound effects, “Bounce, Make, Model” has more of the wild programming that many of hip-hop’s elite instrumentalists are known for. Aside from this, and a relative abundance of vocal samples, there is not much hip-hop influence here.

What sets this EP apart from others of its kind is the fact that the song structure balances hip-hop and techno seamlessly. While most of Jimmy Edgar’s music adheres to techno, the texture provided by the samples he uses does absolute wonders for his music. In my experience, I can’t handle techno unless it is simply background music. By altering this formula, Edgar has mostly avoided the tediousness that I typically associate with techno.

Aside from this, though, there simply isn’t enough new, interesting music to hold attention. On the six-track EP, only “LBLB Detroit” is catchy enough to measure up to Edgar’s hip-hop predecessors. The rest is well made, though not terribly notable. Occasionally, also, his reversion to odd sound snippets disrupts the flow of the song, which is very detrimental in instrumental music. With such a short disc, it is also difficult for him to establish a flow to the album as a whole. Generally, though it has its moments, the genre-bending experimenting he employs doesn’t work. It might be worth a look as a novelty, but not much else. It is clear that this artist can create, but what he’s aiming for here just doesn’t quite gel.