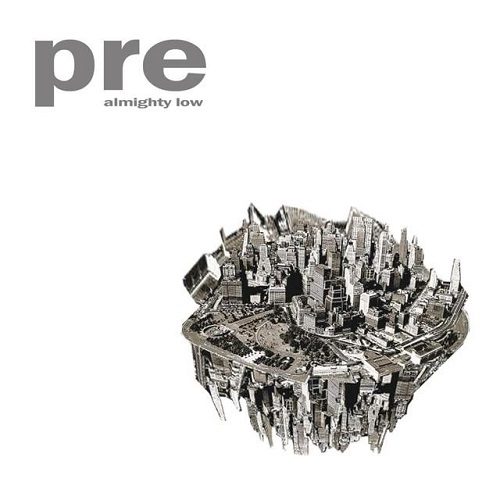 I figure there are two types of instrumental hip hop albums: those that demand your attention to appreciate, and those that function as background music (whether that was the aim or not). To use considerably well-known examples, J Dilla’s “Donuts” is an instrumental album that has way too much to say for it to be played while you’re doing homework. On the other hand Pete Rock’s “Petestrumentals,” largely considered the seminal instrumental hip hop album, is perfectly content with being listened to while you’re lying in bed at night.

More often than not, Pre’s “Almighty Low” falls within the latter category. Eighteen songs averaging about two minutes each are short enough to keep you noticing the changes, but alike enough so that you can zone out rather easily. Now, there’s a significant difference between allowing the listener to zone out and boring the listener. I’ve heard a lot of producers’ attempts at relaxing beats and have been more inclined to throw on a GZA record than chill out. So to say that “Almighty Low” is effective in this sense is very much a compliment.

I’d figure Pre (or DJ Pre) is a new name to most, as it was to me. Despite being born and raised in New Jersey, he’s currently a third of New York’s Babbletron, and worked with RJD2 and MF Doom at producing their debut album.

Perhaps coincidentally or perhaps now, the little “hey!” that opens and recurs throughout “Rubber World” seems a nod to MF Doom’s own “Hey.” That’s about as deep as Pre trods into vocal samples; however, as most of the beats are composed with the computer interface Video Studio Technology. More impressive is his ability to make some of the tracks seem as if recorded live, as the electric guitar on “Green Silver” and the keys that drive “Chemical Balance” sound noticeably authentic. Meanwhile, the computerized synthesizers are powerfully used on “Helium” and “Fourth of July,” which is most likely named so because its synths pop much like fireworks.

Admittedly, the album gets a bit slow around the middle, but finishes in outstanding fashion. “Steps” is the grooviest track Pre has to offer, and is begging for Cee-Lo or someone similar to remix it. In contrast, “Hibernate” closes the album in a more reflective fashion, a flurry of synths and bass that indeed seems to be foreshadowing a time of parting with the listener. “Almighty Low” may not amaze on all accounts, but works as a complete record to throw on in times of light work or leisure.