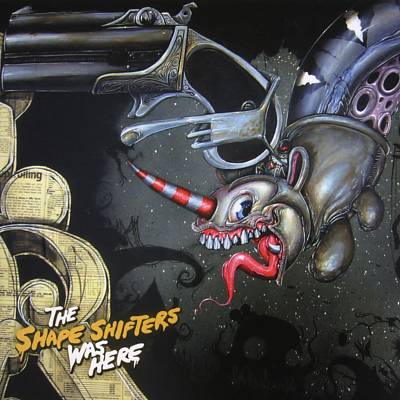 In 2004, hip-hop’s influence can be as subtle as it can come as a shock. Preferring the former, I can’t help but smile at country’s new superstar Gretchen Wilson “keepin’ it country” in her hit song “Redneck Woman” (told you it was subtle), while I was somewhat startled when it came to my attention that Gift of Gab’s “Way of the Light” had been used in a Diet Coke commercial. As a blogger recently put it after hearing Lyrics Born’s “Callin’ Out” in a different Diet Coke ad: ‘While I took notice of their ad and choice of song, I don’t think it had quite the intended result on me… I wasn’t inspired to go out and buy a Diet Coke, but I sure did feel like pulling out “Later That Day” for another listen.’ I personally haven’t seen the commercial in question, but just spotted “Callin’ Out” in a Motorola ad in Europe. That song is going places.

While it may rub some wrong to see their heroes affiliate themselves with big business, I would plead for a more optimistic approach. If someone is introduced to Gift of Gab and Lyrics Born by way of this unusual exposure and they end up buying both products, the musical soul food they treat themselves to will make up for the junk they dump into their stomach. I consider it a good thing then, that the Quannum MC’s aren’t the only Left Coast acts to be discovered by the advertising industry and hopefully subsequently music lovers. Mystic’s “The Life” reportedly appeared in a Bud Light commercial, Jurassic 5’s “What’s Golden” in a Sprite commercial, Deltron 3030’s “Positive Contact” in a Mitsubishi commercial and Cut Chemist’s “Lesson 6” in a Volkswagen commercial.

Despite being firmly anchored in LA’s underground and preceding related indie movements like Def Jux and Anticon, The ShapeShifters are still a long way from such mainstream exposure. As one of them says on this album, “from Project Blowed to the Scribble Jam / they all know who I am,” but beyond the underground circuit (and the internet) they’re not exactly a household name. Having evolved in the mid-nineties from the graf crew CBS (Can’t Be Stopped/Cali Bomb Squad), the highly productive collective has weaved a web of connections and collaborations that extends to various sub-branches and affiliates. With too many releases to their credit to keep track, The ShapeShifters really seem to live up to their name. At the time of this their fourth commercial full-length, the ShapeShifters line-up includes founding member Radioinactive, Circus, Die, AWOL One, Akuma, Existereo, Life Rexall and DJ LA Jae.

From what I can tell, the crew stays true to a formula tested on previous offerings such as “Planet of the Shapes,” “Know Future” and “Adopted by Aliens.” “The ShapeShifters Was Here” mixes staples from the vaults of pop culture (specifically science fiction) and a variety of lyrical concepts with strong drums and surprisingly catchy hooks. It’s distinctly male hip-hop, in both its nerdy and belligerent manifestations. A bunch of guys alternately “time-travelling the realm of the astroplane” and planning to “escape Los Angeles, conquer the world we walk upon.” Yet much of their ideas seem determined by chance, rather than logic. Despite being musically more or less straightfoward, there’s an arbitrary air about this album that some might find refreshing, others will only find annoying. As conspiracy theorists, The ShapeShifters are more Kool Keith than Jedi Mind Tricks (“Hail President Pindar”). And their futuristic talk is actually quite retro (“Take Me to Your Leader”). But considering the various bleeps and chirps seemingly straight out of ’50s sci-fi movies or a song title like “We R the Dinosaur,” this might very well be intended. If Company Flow had made “Funcrusher Plus” ten years earlier, this is what it could have sounded like. The sound structure is more conventional, the samples more melodical, the flows more traditional, the rhyming less conceptual.

The opener “More Than Meets the Eye” serves as an introduction to their world inhabited by “replicants” and “billionnaire reptilians who run the world,” but from the onset it seems unlikely that The ShapeShifters themselves transmit “more than meets the eye” in their songs. Hidden beneath a heap of surreal imagery, their message is actually quite simple: “No more being a slave to a system of pure vice / to all my people oppressed, the time’s arrived to now rise.” In some ways, this album reminds me of the recently cancelled TV series _Angel_, an eclectic crew of outsiders battling demons in a perpetual LA night. It pulls you in and puts you off at the same time, an underworld lit by cold neon lights, roamed by mysterious creatures of the night, a strange cast following even stranger plots. This doesn’t prevent the Shifters from continually falling out of character and simply being the hip-hop crew they are. As Die puts it in “Rockin These Mics”: “I’m from The ShapeShifters, my home is in LA / where the underground rocks and the Krylons get sprayed.” Simple as that.

So while “The ShapeShifters Was Here” lacks the conceptual foundation a record like Del’s “Deltron 3030” was based upon, it’s still a solid hip-hop album. Producers Transducer, Daddy Kev, Life Rexall and LA Jae construct several quality cuts for the MC’s to flex their numerous flows to. From the ancient guitar wails of “Take Me to Your Leader” to the thunderground sounds of “Psycho Stick,” each track has a distinct profile. “Message 4 Yer Planet” is almost folksy with a catchy flute atop guitar strumming, “Circuit City” parallels the lyrical references (Thomas Dolby, Frankie Goes To Hollywood, Thompson Twins) with a dark but funky new wave groove, “Kreye Inn” chops up Solomon Burke’s “Cry to Me” to good effect, “American Idle” mimicks Euro dance rhythms, and “Run the Crowd” thumps hard, while “Domination” may be the best overall representation of their mix of old school homage and modern day boom bap. “You Know You Want It” finally is a throwback to when N.W.A closed the hardcore “Straight Outta Compton” with the silly “Something 2 Dance 2,” the Shifters spoofing party tracks from Sexual Harassment’s “I Need a Freak” to J-Kwon’s “Tipsy” over a wanna-be electro track.

Lyrically, “The ShapeShifters Was Here” requires some effort to decipher, as the voices often get drowned in the mix and the rappers sometimes prefer style over clarity. Not every rhyme is a one-two punch like “Shifters is popular, white rappers can’t be / so we make money off more Black Ops than Tom Clancy.” The motivation behind individual songs is not always as clear as in “Quit Your Job,” whose chorus goes: “Quit your job, make music all day, that’s what God told me.” The philosophy behind it not always as clear-cut as when AWOL raps:

“Go eat ’em up, kid, like you ain’t got nothin’ to lose
Beauty is only skin deep, like a bruise
Life’s a question with answers you choose
It all depends on findin’ the clues”

Conceptually, a couple of tracks stand out among the rest. “American Idle” (w/ Slug) is especially noteworthy, offering thoughtful insight on mass entertainment. Probably the most astonishing thing about “The ShapeShifters Was Here” is that again and again you’ll catch yourself humming along to its hooks. To top it off, or maybe to take the accomodating vibe over the top, there’s “Lil Life,” a happy sing-along ditty meant to uplift your spirits, coming up right after you’ve walked through a cell block full of serial killers in “Psycho Stick.” I’m afraid to fully embrace it cause I don’t wanna look like a fool when it turns out to be sarcastic. But that’s the intriguing thing about this album. Part abstract, part simplistic, “The ShapeShifters Was Here,” much like the notorious ‘Kilroy was here’ graffiti its title pays tribute to, remains a mystery. And that’s saying something in today’s bureaucratized rap world.