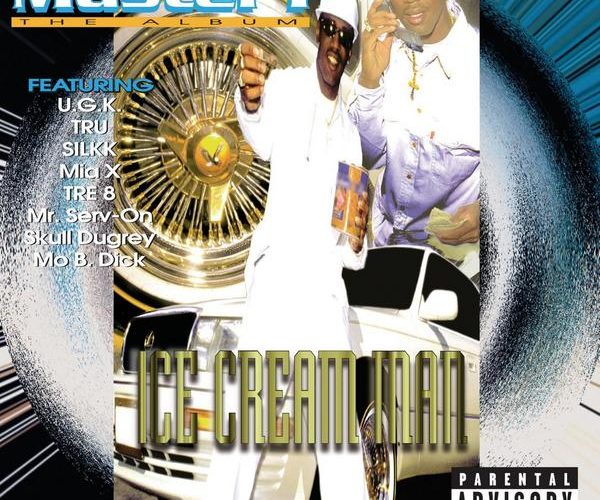 Before Master P became the much-maligned, often-satirised lampoon that he is today, he was the owner of a veritable empire- one built on the seminal N’Awlins thump of gladiators like Mac, Soulja Slim and Mystikal. While his output today would certainly suggest otherwise, Master P also held his own against even his most prodigious upstarts, cranking out a string of classics that includes Ghetto D, the first TRU record and Ice Cream Man, widely regarded as Master P’s foremost artistic work and one that belongs in the pantheon inhabited by the likes of BG’s “Chopper City In The Ghetto” and Juvenile’s “400 Degreez”.

What separates this recording from the aforementioned Cash Money classics is its seamless incorporation of West Coast sensibilities into its swampy Cajun jambalaya. As all faithful No Limit fiends know, Master P’s transplantation from California to the third coast had a marked influence on his musical produce, and this is pronouncedly evident on this record- the thudding, subwoofer-mauling basslines, the layered synths, the hypnotically midtempo rhythms, all coalescing into a thick, arresting sound built for leisurely cruises in the Coupe Deville. While there is nothing startlingly original about this record, its strengths lie in its startling consistency- by all standards this is an incredibly long album (20 tracks, practically none of which are skits), but the quality, from the downtempo thump of the title track to the uncouth, misogynistic but downright funky “Playa From Around The Way” and the horrific dirge of “Bout That Drama”, never threatens to wane.

From a lyrical standpoint P casts his net across familiar ground, spinning compelling yarns of murder and narcotics that were so prevalent in early (and hell, modern) N’awlins rap. While the depth of P’s commentary never really veers beyond gratuitously callous narratives delivered in a simplistic, honest fashion, it’s hard to hold this against him when the album is so grippingly listenable and thoroughly enjoyable. The gems are innumerable- the cess-blowing haze of “1-2 On A Bag Of Dank”, the Rick James meets Nino Brown boogie of “How G’s Ride”, the timeless vitriol of “Bout It Bout It”, all radiating the striking sense of immediacy that characterises the very best gangsta rap. The imagery is stark, portraits of P’s bleak, filthy psyche unobscured by overproduction or verbose pretension. For such a long album, Ice Cream Man radiates with succinctness- everything on this record aims for the throat, each song a 3 to 5 minute, hook-laden anthem that should put a goofy smile on even the most disillusioned rap connoisseur’s face.

Forget the fact that this is the same grisly looking grandpa who dropped the immortal lines “I’m like Tiger ’cause I live in the Woods” and do yourself a favour- pick this record up, settle into the plush leather interior of your lowrider and give this record a spin. You might find that it might become a permanent resident in your disc changer. A remarkable snapshot of the No Limit empire at the height of its creative powers and a vital listen for anybody who couldn’t figure out how P managed to shift so many units.