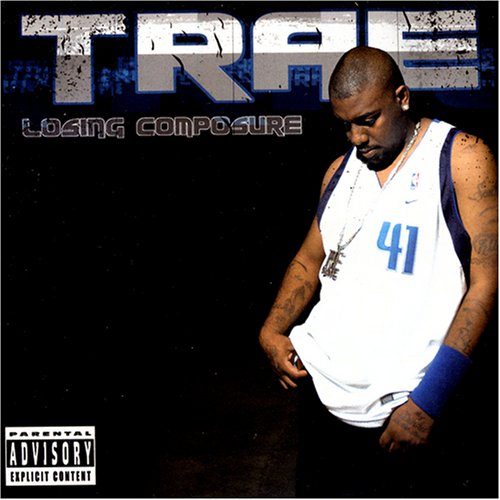 In my efforts to raise consciousness about dope Southern music, a rabid personal crusade that manifested itself when I heard my first DJ Screw tape 6 years ago, I now present to you one of my favourite records of the past two years, last year’s sublime effort from Houston’s Trae. While I am aware of the fact that he has since gone on to record and release a follow-up effort, I thought it would be wise to give this record some coverage first.

It is a wonder that this record has any lasting appeal to this reviewer at all, considering the fact that it boasts the thing I detest about rap’s current incarnation- ill-advised r’n’b hooks. It’s not like these choruses are sparse either, nearly every track features a sung hook. Astoundingly, Trae’s artistic approach is also remarkably similar to an artist who I have grown to abhor in recent years- Ja Rule. His keenly developed, highly articulate yet melodic style and acute sensitivity for infectious hooks appear at odds with his gritty, steely content, and his affinity for sweeping, accessible production (I swear, “Stressin Me” sounds like a Destiny’s Child track, “Days of My Life” sounds like a Desiree instrumental, “Doing My Thang” sounds like an outtake from Lauryn Hill’s acoustic set) recalls Ja Rule at the peak of his creative powers.

Before you grumble about devoting two minutes to reading this article, only to discover that the artist in question is reminiscent of a certain undergrown Tupac impersonator, let me state, with resounding clarity, that you need to give this a listen. Like a spectacular fusion of Warren G and Nate Dogg’s first records, Sir Shakur’s more sedate material (one can certainly draw a parallel here, considering Trae’s highly introspective, intensely personal journals on life on Houston streets), mid-period UGK and Tela with Raphael Saadiq behind the boards, “Losing Composure” is a rare record- one that defies all our preconceived notions of ‘commercial rap’ with brazen and self-assured cocksureness.

While this record hasn’t melted that impenetrable wall of frost that now exists between me and the radio, it has done much to convince me that through all my musical misadventures, nothing enchants me more than a well-written rap song- a huge hook I can follow, straightforward, no-frills delivery and a beat that tugs at my neck. This is Southern rap at its most listenable and irresistible, plus the inspired guest shots by Bun B and Guerilla Maab compatriot Z-Ro should do more than warrant this a place in your purchase list.